The Lagos State Governor, Babajide Sanwo-Olu, has promised that his administration would take stiffer measures against operators of gas plants and/or combustible items in the state to forestall any reoccurrence of the explosion that has been rocking the state recently.

While making the disclosure on Thursday, October 8, 2020, after the gas station explosion in the Baruwa area of Ipaja that claimed about 8 lives with many properties destroyed, the governor expressed deep sorrow over the incident and described it as a sad memory in the life of the administration.

Sanwo-Olu revealed that the preliminary and final reports on the cause of the explosion suggested negligence on the part of the gas plant operators.

The Governor said: “The gas explosion this morning has left a sour taste in my mouth. It is a reminder of the dark episode of March this year at Abule Ado Soba when innocent lives were lost to gas explosions of monumental proportion and properties destroyed. I really can’t believe that we would witness another such incident, no matter how little. I wish to therefore register my heartfelt condolences to the families of those that lost their loved ones in the fire. I pray that God grant their souls eternal rest. The reports I got showed that the explosion could have been avoided if the operators of the gas plant had adhered to safety guidelines. Lives would have been saved and properties too would not have been affected.”

He restated his administration’s commitment to the safety of lives and properties of Lagosians by ensuring that operators follow strict regulations in the operations of gas plants.

The Governor was full of praises for the first responders who acted promptly on the distress call and worked very quickly to contain the fire by not allowing the ruins to go beyond what we currently have.

Sanwo-Olu enjoined residents to always report any suspicious activities that may be harmful to the citizens in their neighbourhood to the appropriate State Government agencies for preventive measures to be taken.

Nairametrics had yesterday reported that another gas explosion had occurred at a gas station in the Baruwa area of Ipaja. The explosion, which occurred at the early hours of Thursday, was reported to have claimed 8 lives, razed 25 houses (bungalows) and 16 lock-up shops.

The recent gas explosion is one in a series of similar incidents that have rocked the state recently. This includes the Abule-Ado explosion that killed about 23 people, with several properties, businesses and school destroyed and the gas tanker explosion that occurred at the Ifako-Ijaiye area of Lagos that had over 50 people sustaining various degrees of injury.

This also calls to question, the safety measures adopted by the operators of such facilities and the idea of citing such facilities, including tank farms in residential areas with the attendant risks to lives and properties.

Gov.@jidesanwoolu has expressed deep sorrow over a gas explosion that claimed lives and destroyed properties worth several millions of naira, describing the incident as a sad memory in the life of the administration.@drobafemihamzat #LASG
Read More.. https://t.co/NWD6N1U5v5 pic.twitter.com/AtGBqa394O

Days after it was shut down, United Kingdom High Commission in Nigeria has announced the reopening of its visa application centres. The United Kingdom High Commission in Nigeria has announced the reopening of its visa application centres in the country.

This comes some days after the high commission had shut down its visa application centres in Victoria Island, Lagos and Abuja over the outbreak of violence arising from hijacked #EndSARS protests against police brutality and extra-judicial killings, which led to the loss of lives, vandalization, and looting of public and private assets across the country.

The High Commission, however, noted in its statement, titled, “Update on UK visa application centres in Nigeria” that its centres would not open on Thursday due to the public holiday in Nigeria, in honour of the Eid-El Malaud celebration.

The statement from the UK high commission, partly reads, “Our TLS contact visa application centres are now open in Nigeria. Following the recent closures, we are working hard to process all outstanding applications.’’

“We thank you for your continued patience and understanding. Please note Thursday, October 29, is a public holiday in Nigeria and our Visa application centres will be closed.”

The reopening of the visa applications centres after they were shut about a week ago is due to the gradual return of peace and order to some of those trouble spots, following the intervention of security agents.

The UK High Commission had been very critical of the outbreak of violence in the country, especially the shooting of unarmed protesters at Lekki Tollgate by alleged military personnel, and asked the government to thoroughly investigate the incident and ensure justice is done.

In its statement, the High Commission said, “We remain concerned by acts of looting and violence in Nigeria and urge security services use restraint as the order is restored. Working with all stakeholders, judicial panels of inquiry must investigate all incidents, including Lekki and ensure accountability for crimes.”

The Judicial Panel of Inquiry set up by the Lagos state government to handle all cases of police brutality in the state have also been mandated to conduct an inquiry into the shooting of unarmed protesters last week.

Amnesty International earlier said that 12 people were allegedly shot dead by the police and army at two locations during the hijacked protests.

Please see below 👇🏼 for an update on UK Visa Application Centres in Victoria Island, Abuja & Lagos.

The Ondo State Police Command has confirmed the death of three persons believed to be two policemen and a civilian. 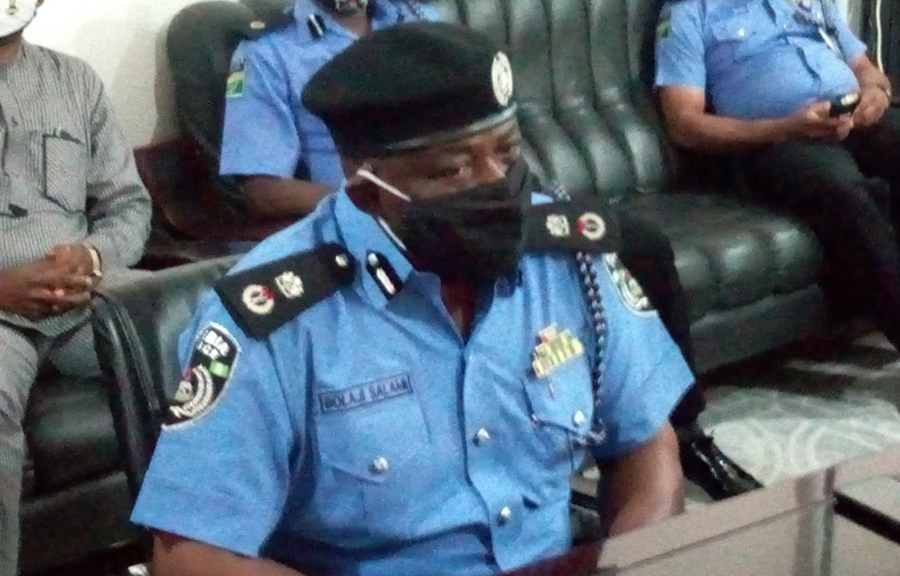 Following the aftermath of the #EndSARS protest, which morphed into a series of violent demonstrations, killings, and lootings nationwide, the Ondo State Police Command has confirmed the death of three persons believed to be two policemen and a civilian.

According to a report on Vanguard, the Commissioner of Police (CP) in the state, Mr. Bolaji Salami, revealed this fact while parading 18 suspected looters and arsonists before newsmen in Akure on Tuesday.

At the peak of the demonstrations, Nairametrics reported how some suspected hoodlums attacked a correctional centre and set a police station ablaze in Ondo state.

He noted that criminal elements in the society used the EndSARS protest as a cover-up to execute their sinister motives which range from arson, looting, stealing, armed robbery amongst others.

Expatiating further, he said, “A total of 18 suspects were apprehended in connection with the crimes by the police at different locations of the state.

“Out of the figures, 9 suspects were nabbed for alleged arson, looting, murder, and aiding of detainees’ escape.

“For those who looted our property, burnt our homes, killed our colleagues, denied us the right to decent living, I am glad to say that the law is not sleeping and will take its course on you,” he said.

President Buhari has approved free business name registration with the CAC for 250,000 businesses across the nation.

President Muhamadu Buhari has approved free business name registration with the Corporate Affairs Commission (CAC) for 250,000 businesses across the nation.

This was announced on Tuesday evening by the Media aide to the President, Bashir Ahmad.

This comes after Nairametrics reported earlier this month that the CAC had announced it would begin registering companies within 48 hours, approve names the same day, and ensure 5-day completion for other post-incorporation services not available electronically.

READ: Where to invest your N5m to N500m safely and securely

Since the end of the #EndSARS protests, the Federal Government has been working on packages that are perceived as necessary for addressing the issues of large youth unemployment, which is viewed as a catalyst for the massive turnout during the protests.

The National Economic Council (NEC) has set up a committee to meet the needs and demands of Nigerian youths behind the #EndSARS protests. The head of the Committee is Vice President Yemi Osinbajo, with one of the frameworks being “A social security framework for the youths and Nigerians to deal with the problem of unemployment and poverty in the country.”

Lekki Tollgate Shooting: Sanwo-Olu insists on 2 deaths, no bloodstains at the scene