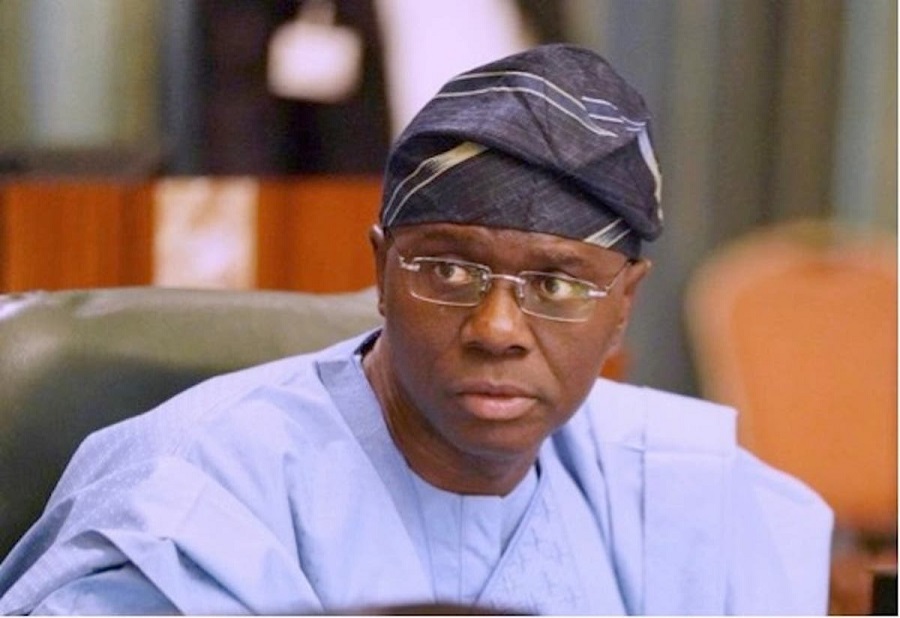 The Lagos State Government, on Sunday, October 4, 2020, cautioned residents, especially those living close to the banks of the Ogun River, to remain alert as more water will be released from Oyan Dam this month, due to expected heavy rainfall. This is as the government has warned against heavy rainfall, flooding and possible flood disasters.

While making the disclosure through a signed statement, the Honorable Commissioner for the Environment and Water Resources, Mr Tunji Bello, said 23 million cubic meters of water will be released in October, which is the peak of the rainfall season.

READ: Traders, artisans abandon face masks, sanitizers as fear of COVID-19 fades off for most Nigerians

Bello explained that the release of more water from the Oyan Dam, which will be the highest so far, is due to intensive rainfall over the past few days, expected to peak in the current month.

He, therefore, enjoined all residents of Agboyi-Ketu, Owode Onirin, Isheri, Ajegunle, Agiliti, Kara, Majidun and all areas bordering the rivers and the sea in Lagos to be wary of the staggered Oyan Dam release, adding that by November, a reduced release of 11million cubic meters will be affected as the intensity of the rainfall declines.

Bello pointed out that data provided by the Nigerian Hydrological Services noted that the months of July, August, September and October would be characterized by heavy rainfall, flooding and flood disasters in most parts of the country.

Reiterating that the reminder became necessary because the projected heavy rainfall, which had increased in September, would continue with high intensity this month leading to the staggered release of water from the dam, the Commissioner disclosed that Lagos is, however, intensifying measures to minimize the effect of the heavy rainfall on lives and property.

He averred that, in continuation of the preventive efforts against flooding by the State Government, work is almost completed on all the primary and secondary channels, stating that this is in addition to the efforts of the Emergency Flood Abatement Gangs (EFAG) that are being deployed around the State to undertake quick fixes of clogged manholes or drains manually.

Bello said, “For a coastal city like Lagos, let me remind everyone that once it rains consistently for a minimum of eight hours, we are bound to have flash floods caused by the increasing inability of effective discharge into the lagoon, which is brought about by a rise in the ocean level. This will automatically lock up all our drainages and would be unable to discharge until the water level goes down.’’

“Flash floods are not peculiar to Lagos. It is the new wave in most coastal cities around the world, including those who have adopted the best of technological advancements to curtail flooding. Lagos is at the receiving end of three types of flooding, namely Coastal, Urban and River flooding because of the peculiarity of its location.”

While urging residents to adopt an attitudinal change by not dumping refuse in drainage channels and erecting structures on drainage alignments, Bello vowed that anyone caught violating the environmental laws of the State would be punished accordingly.

The Commissioner also emphasized that all residents owe the state a duty to support the efforts of the Governor Babajide Sanwo-Olu led administration to ensure that heavy rainfall does not wreak havoc in any part of the metropolis.

The Lagos State Government, on Sunday, cautioned residents, especially those living close to the banks of the Ogun River to remain alert as more water will be released from Oyan Dam this month, due to expected heavy rainfall.@jidesanwoolu @drobafemihamzat @LasgMOE#LASG pic.twitter.com/cJpkL42Ve6

The SUBEB annex office in Akure, Ondo State has been razed down by a mysterious fire. The Ondo State Universal Basic Education Board (SUBEB) annex office in Oke Eda, Akure has been allegedly razed down by fire. The inferno affected the marketing office of the state government-owned television station, which also housed the building.

The cause of the inferno still remains unknown, as investigations are underway.

Recently there have been reported cases of arson, lootings, and killings perpetrated by hoodlums. It is yet to be known if this incident is related to the hijacked #EndSARS protests.

Confirming the incident, an anonymous staff opined that the fire incident might have happened overnight. She also said that all buildings and files in the offices were affected by the fire.

“All the buildings, because it was made of wood, are gone. It was completely burnt.

“We can’t lay our hands on anything. Everything in the office is gone,” she said.

Ebute Metta Railway station will be completed by December – Presidency

President Buhari’s aide has disclosed that Ebute Metta Railway Station is expected to be completed in the next two months. The Ebute Metta Railway Station, one of the stations on the Lagos-Ibadan railway route is expected to be completed by December 2020.

This is according to the Personal Assistant on New Media to the President of the Federal Republic of Nigeria, Bashir Ahmad, who disclosed this on Monday, through his verified Twitter handle.

Mr. Ahmad further revealed that the station and other stations on the route are expected to be completed by December.

Nairametrics had earlier revealed that the $1.6 billion Lagos-Ibadan railway project will be completed on or before January 2021. This is according to a forecast by the honorable Minister of Transportation, Rotimi Amaechi.

(READ MORE:FG to complete Marine beach bridge repairs ahead of due date)

The near completion status of the Ebute Metta railway station is a big boost to achieving the completion of the Lagos-Ibadan railway project. The railway project will help in decongesting our roads and enable the roads to last longer.

This is a big boost to the government’s drive to build strategic infrastructures that will drive economic growth and development.

7 stowaways, including Nigerians, arrested after suspected hijacking off Isle of Wight

Seven suspects were detained after a hijacking involving stowaways on a tanker off the Isle of Wight. 7 stowaways, including Nigerians on board a Liberian registered oil tanker heading for England have been detained, after a suspected hijacking off the coast of Isle of Wight.

This was announced by the UK’s Ministry of Defence and several British News Media on Sunday evening.

In response to a police request, the Defence Secretary and Home Secretary authorised Armed Forces personnel to board a ship in the English Channel to safeguard life and secure a ship that was subject to suspected hijacking. (1/2)

The Ministry of Defence said: “In response to a police request, the Defence Secretary and Home Secretary authorised Armed Forces personnel to board a ship in the English Channel to safeguard life and secure a ship that was subject to suspected hijacking.

“Armed forces have gained control of the ship and seven individuals have been detained. Police investigations will now continue. Initial reports confirm the crew are safe and well.”

According to BBC, the ship, Nave Andromeda, was on its way to the Fawley oil refinery in Southampton from Lagos, Nigeria and left Nigeria on the 5th of October.

READ: Bank CEOs ‘explain’ why they resigned from NESG

“According to a source close to the shipping company, the crew were aware of stowaways on board, but the stowaways became violent towards the crew while it was off the Isle of Wight.

“The crew retreated to the ship’s citadel, a secure area in which they can lock themselves, making it impossible for attackers to get in.

“This is standard procedure during a terrorist or pirate attack, but there is no suggestion the crew were doing more than protecting themselves from the stowaways. The crew contacted the coastguard, which then alerted police.

“The men, from Nigeria and Liberia, waved metal poles and threw faeces and urine after being found hiding on the Grande Tema,” BBC said.

The British Chairman of the Commons Defence Committee, Tobias Ellwood, said the stowaways taking over the ship, or forcing the ship not to be in command could have triggered a ” multi-agency alarm” which caused protocols to be put into action.