The Federal Government has announced that it has started a clampdown on the use of faulty and altered measuring and weighing equipment by some business owners, especially in the oil and gas sector.

This disclosure was made by the Minister of Industry, Trade and Investment, Adeniyi Adebayo, on Saturday, October 3, 2020, in Port Harcourt at a two-day sensitization workshop with stakeholders in the downstream oil and gas industry.

The minister who was represented by Mr Gbolahan Adamoh, Head of Oil and Gas, Department of Weight and Measures (WM), in the ministry said that government was aware of such illicit trade by some service providers.

The minister disclosed that the Weights and Measure Department is the lead Federal Government agency mandated to enforce accurate use of weighing and measuring equipment for trade in the country.

According to him, the department has discovered that many businesses, such as filling stations, recalibrate their metres and equipment to cheat the buying public as it usually leads to under dispensing of petroleum products by them.

Adebayo said, “So, we decided to meet with critical stakeholders in the downstream oil and gas sector and engage them to maintain accurate measurement of their metres while serving their customers. We want customers to get full value for their money especially during this COVID-19 pandemic that has affected the economy of the country and made things difficult for Nigerians.

“We want a litre of fuel to be a litre, and a kilogramme of whatever grain to be a kilogramme, so that Nigerians can get their monies worth,” he said.

The minister said that the government is going to apply severe sanctions on business operators found to be using faulty and recalibrated equipment to defraud Nigerians.

He said that such individuals would have their filling stations and businesses sealed-off and made to pay huge sums of money as well as a face jail term.

He said, “We appeal to filling station operators and other business owners to visit our offices for verification and proper certification of their equipment for use for trade. The department is committed to protecting both the producers and consumers through fair and balanced trade transaction.’’

Francis Dimkpa, branch Chairman of PETROAN in Rivers, said the association would soon invite all regulating agencies and security agencies to a meeting to ensure harmony in the industry.

The completion of the project is to help boost Nigeria’s capacity to meet the country’s increasing demand for petrochemical products. Nigeria’s leading indigenous conglomerate, BUA Group has announced that it has signed a contract agreement with Lummus Technology for the establishment of a polypropylene plant in its refinery and petrochemical project.

The completion of the project is to help boost Nigeria’s capacity to meet the country’s increasing demand for petrochemical products.

The Chairman of BUA Group, Abdul Samad Rabiu, while disclosing the contract agreement, expressed confidence in the capacity and technical expertise of Lummus Technology to deliver a best-in-class project.

What the Chairman of BUA Group is saying

Rabiu in his statement said, “We are pleased to sign this polypropylene contract for our BUA refinery and petrochemicals project with Lummus Technology, a world leader in delivering polypropylene solutions, which will solve the increasing demand for high-performance grade polypropylene in Nigeria, the Gulf of Guinea as well as the Sub-Saharan Africa Region.

“We are confident in the capacity and technical expertise of Lummus Technology to deliver a best-in-class, 285,000 tpy polypropylene unit for our refinery project scheduled to come on stream in 2024.’’

READ: Dangote, BUA reconcile over sugar plant dispute after meeting with Ganduje, others

What the President/Chief Executive Officer of Lummus Technology is saying

On his part, the President/Chief Executive Officer of Lummus Technology, Leon de Bruyn, said that he was looking forward to working with BUA refinery on the project.

Leon said, “We look forward to working with BUA Refinery on this critical project and supporting the first Novolen polypropylene unit in Nigeria. Our world-class Novolen technology is well suited to meet Nigeria’s increasing demand for the growing petrochemical products market.

It offers a flexible range of industry-leading products for all PP applications, and the industry’s lowest overall capital and operational costs while providing customers with high process reliability and flexibility in responding to market needs.”

How rise in oil prices will impact exchange rate

Oil prices are currently inching closer to $70 per barrel as the positive outlook of a return to global economic recovery swells investor sentiments. 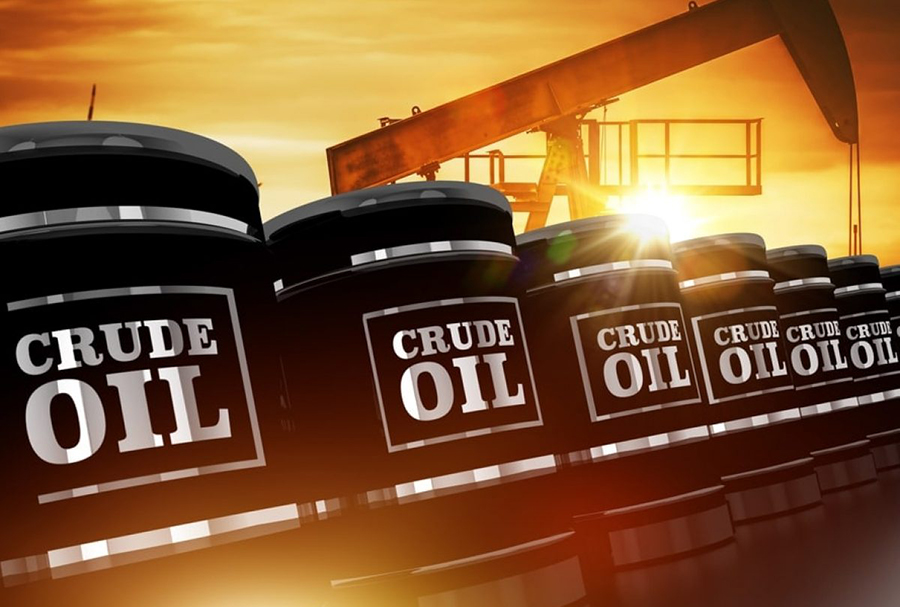 Nigeria, Africa’s top oil producer and home to the second-largest reserves on the continent, is expected to benefit from the rise in oil prices in many ways.

Oil prices are currently inching closer to $70 per barrel as the positive outlook of a return to global economic recovery swells investor sentiments.

Historically, there has been a strong positive correlation between crude oil prices and the performance of the Nigerian economy. For example, when oil prices plummeted due to the COVID-19 outbreak and the implementation of lockdown protocols in 2020, the Nigerian government scaled down the budget to align better with the drop in crude oil price.

Now that there is a surge in oil price, we should expect that there would be an increase in government revenue translating to a stirring-up of aggregate demand.

Why oil price is rising

The OPEC+ output restrains, despite the strong recovery of oil consumption, continues to give formidable fitting to bullish sentiments about soaring oil prices.

What it means for the exchange rate

Perhaps the greatest benefit of the recent oil price rise is exchange rate stability. Since the crash in oil prices began in late 2019, Nigeria’s official currency has faced a barrage of sell pressure as local and foreign investors increase demand for the dollar.

This forced the central bank to curtain demand, implementing various forms of capital controls across the economy. With oil prices on the rise, Nigerians can begin to expect the following:

READ: Dangote: Cement price from our factories is between N2,450 and N2,510 per bag, VAT inclusive

The implication? The parallel market exchange rate might appreciate closer to the NAFEX rate if this trend continues.

Hence, it is safe to presume that as the world resume business and travel activities, the demand for Black Gold will continue to increase, and with supply held steady by OPEC+ we can speculate that this is enough catalyst to relieve the pressure of FX demand and increase our foreign reserves thereby propelling growth.

However, the inclusivity of this growth may still be in question.