A Professor of Applied Economics at Johns Hopkins University, Professor Steve H. Hanke, has argued that the actual inflation rate in Nigeria is worse than what is being reported by the National Bureau of Statistics.

Based on Hanke’s Inflation Dashboard, the inflation rate in Nigeria is an eye-popping 52%, not the 20.8% official record reported for September 2022.

Note that Nigeria ranks 16th out of 23 countries featured in the dashboard.

The economic theory of PPP is commonly used to compare the economic health of countries. PPP measures are also used by global institutions such as the World Bank, United Nations, International Monetary Fund, and European Union. 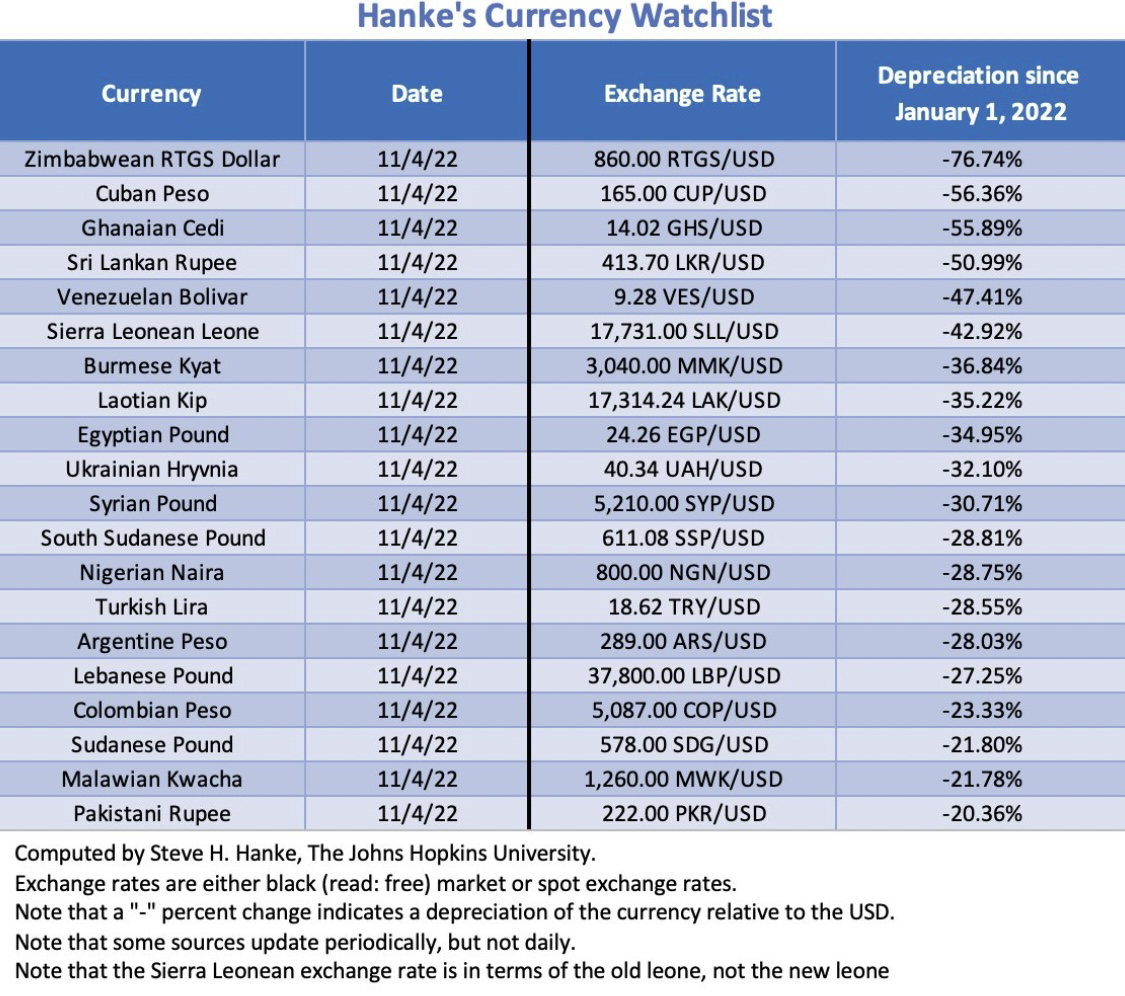 Disparity with NBS explained: You might wonder why there is a wide gap between Hanke’s inflation rate and the official rate by the NBS. Well, Nairametrics understands that it is because the NBS includes only 740 items in its basket of goods used for creating the Consumer Price Index (CPI). Although this may seem like a lot, it only accounts for a small portion of the goods bought and sold daily in Nigeria.

Hanke’s Inflation Dashboard, on the other hand, incorporates price changes for everything bought and sold in Nigeria, not just those items in the NBS basket.

On the other hand, purchasing power parity is based on exchange rate data and price level differences between two countries. PPP avoids measurement errors and weighting issues common in official price indices.

Limitations of PPP: The theory of purchasing power parity is based on the concept of arbitrage, which is the ability to buy an item in one place and immediately sell it for a higher price in another, taking advantage of price differentials. As a result of the buying and selling, prices would eventually converge. However, transaction costs, government taxation, and trade barriers all prevent costs from equalizing.