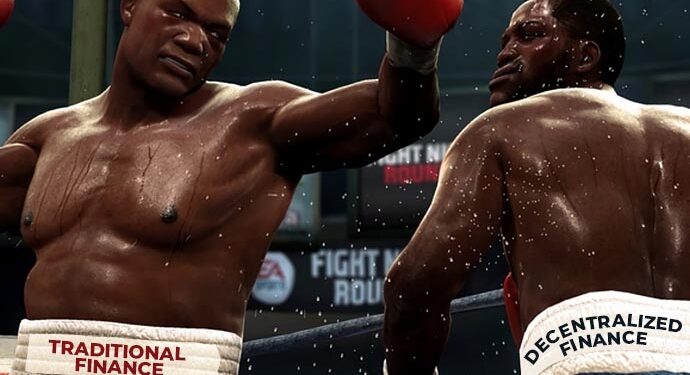 When Cryptocurrencies are in bullish territory, the agenda for ‘what the best form of finance is’ rolls out. Like clockwork, the narratives churn out. “Crypto is the future, Fiat money is dead.” Conversations like this pit the old money against the new money, the long-term wealthy versus the nouveau riche, the Warren Buffets versus the Micheal Saylors.

When Traditional Markets analysts raise questions about the intrinsic value of cryptocurrencies and the volatility of these assets, Decentralized Finance investors respond with “Do you want to be right, or do you want to be rich?”

As condescending as it sounds, it’s a valid question asked.

Nigerians pay as much as 37% more to buy bitcoin

A $1,000 investment in Tesla, the best performing stock in the last ten years from November 2011 would be worth just over $200,000 now. A $1,000 investment in Bitcoin, the best performing cryptocurrency with no “intrinsic value” in the last ten years would be worth just over $18 million now.

And the rise of Tesla has the same ilk as the rise of some cryptocurrencies. If you draw a Venn diagram of Tesla investors and DeFi investors, you might find a perfect circle. Elon Musk is an avid believer of DeFi, hence his cult following.

Decentralized finance describes an alternative finance ecosystem where consumers transfer, trade, borrow and lend cryptocurrency theoretically independently of traditional financial institutions and the regulatory structures that have been built around banking.

Decentralized Finance has given the average Joe a chance to build wealth as crypto investors have enjoyed huge returns across the board. It is why citizens oppose Government’s clampdown on cryptocurrencies.

While El Salvador is using $4 million from its profits on its Bitcoin holdings to build 20 schools and its first veterinary hospital, Nigeria is still acquiring loans to build critical infrastructure for its citizens. But let’s not digress.

Traditional Finance poses as the gatekeeper of the financial environment whose principles rely on fundamentals and ethos is guided by regulations. Traditional money and institutions are far too ingrained into our economic vernacular which supposedly makes them too big to fail. Governments would bail out banks and financial institutions, DeFi does not have such insurance.

The stability and dominance of Traditional Finance cannot easily be swept aside by the new, disruptive technology heralded by a Decentralized “economic cult.” The volatility of its value; the vulnerabilities in its infrastructure; and that the fact that the inexperienced could easily be misled by its complexities poses a risk to the financial system.

Traditional finance is sacred, Decentralized finance is sacrilegious. That’s why the concept of a Central Bank Digital Currency on a blockchain has no real cheerleaders. You are either in or out. Oil and water don’t mix – only in the Niger Delta.

On Thursday, November 18, 2021, the rivalry between Traditional Finance and Decentralized Finance played out coincidentally at an auction for a copy of the United States constitution. It was one of 13 surviving first copies of the founding document. It is the only version of the U.S constitution that remains in private hands.

A Decentralized Autonomous Organization of crypto investors who have never interacted before self-organized to crowdfund money to buy the Constitution. ConstitutionDAO as they call themselves broke the record for the most money crowdfunded in 72 hours. 17,437 donors with a median donation size of $206.26 made use of decentralized finance options to make donations of over $40 million to bid for the prized copy of the U.S constitution.

Then came Kenneth Griffin, a traditional finance guy – Founder and Chief Executive Officer of Citadel Hedge fund who outbid them with 43 million dollars to buy the copy of the constitution.

It was a valiant effort for the ConstitutionDAO investors who will be refunded their money (minus gas fees) – which brings me to my next point.

Most same-day bank transfers in the United Kingdom are free using the Faster Payment Service (FPS) although banks cap the amount you can transfer each day using this Faster Payments system. The lowest limits are around £10,000.

The same cannot be said of DeFi. For most normal people, the blockchain is pretty much unusable for average size transactions. You can incur a separate transaction fee (gas fee) of $10 in ERC20 token cost for transferring just $7.

Paying transaction fees that often exceed that of a traditional financial institution is not accretive to mass adoption. The facts are evident: the Ethereum network is not fit for its stated purpose.

You would argue that this is where the development of Solana, Tezos, Polygon, and Polkadot come to play for cheaper transaction fees but that is insufficient for now.

Ethereum is the primary smart contracts platform upon which most decentralized finance (DeFi) protocols and decentralized apps (dApps) run. Rapid rises in gas prices like we’ve seen recently tend to accompany rises in the price of Ethereum. This is a problem.

Image: Explaining the outrageous transaction costs in the DAO crowdfunding

Transactions need to be processed faster and cheaper for mainstream users. But because Decentralized guys want to accept only Ether or crypto to sound “cool,” they miss out on cheaper costs that would have been offered by “Fiat,” Banks, GoFundMe, Venmo, and that already reduces the value of the entire project.

If there is a moral to these peculiar stories, it’s probably that the rush to the white noise of Decentralized Finance is growing, but cryptocurrency developers need to carry out due diligence to allow institutional adoption of these assets.

Tim Cook, the C.E.O of Apple says he has cryptocurrency investments in his personal portfolio but also noted that there are several areas of Apple’s business where he would not consider introducing crypto offerings.

To conclude, is it truly decentralized if a tweet from a certain Elon Musk can drive down the whole market? DeFi needs stability to compete.

It’s a growing industry and it would take some time to separate the wheat from the chaff as we are witnessing loads of “shitcoins” and “rug pulls.” Overall, losses caused by DeFi exploits have totalled $12 billion so far in 2021, according to a report from Elliptic. Fraud and theft accounted for $10.5 billion of that sum — a sevenfold increase from last year. So as market cap and returns increase, the risk grows in the same trajectory.

Remember DeFi platform Poly Network that lost more than $600 million in what was, at the time, the biggest cryptocurrency theft of all time? Investors were losing their sleep because they traded their fiat for crypto.

In my view, Decentralized finance can stage a comeback by building a sturdy infrastructure that encompasses stability, lower costs, transparency, and accountability to support the stream of old money into new digital assets. Till then advantage Traditional Finance F.C.

Dapo-Thomas Opeoluwa is a financial markets analyst. He has diverse financial experience in managing portfolios across Africa, Europe and Latin America. He holds a degree in MSc. International Business, Banking and Finance from the University of Dundee and also holds a B.Sc in Economics from Redeemers University. As an Oil Analyst at Nairametrics, he focuses mostly on the energy sector, fundamentals for oil prices and analysis behind every market move. You may contact him via his email- [email protected]

Buhari jets out to Dubai, UAE, to attend EXPO 2020