FG approves reconstruction of Lagos-Badagry expressway, 20 others by NNPC at N621 billion 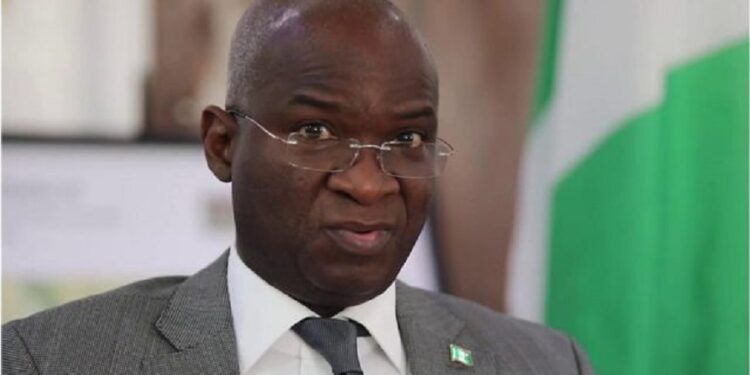 The Federal Government has approved the reconstruction of the collapsed Lagos-Badagry expressway and 20 other federal roads to the newly incorporated Nigerian National Petroleum Corporation (NNPC) Limited.

This was made known by the Minister of Works and Housing, Babatunde Fashola, while briefing journalists after the weekly virtual Federal Executive Council (FEC) meeting, which was presided over by Vice-President Yemi Osinbajo, on Wednesday at the State House, Abuja.

Fashola said the approval which was given at the FEC meeting, would see NNPC take over the reconstruction of 1,804.6 kilometres-long 21 federal roads in critical conditions across the 6 geopolitical zones of the country at a whopping sum of N621.2 billion.

What the Minister of Works and Housing is saying

The minister said it was being executed via a strategic intervention under the Federal Government Road Infrastructure and Refreshment Tax Credit Scheme.

He noted that 9 of the selected projects are in North-central, 3 in North-east, 2 in North-west, 2 in South-east, 3 in South-south, and 2 in South-west.

Fashola said that In July, FEC approved the award of a contract to Dangote Industries for the construction of 5 roads totalling 274.9 kilometres at the cost of N309.9 billion, advanced by the company as tax credit

He said, ‘’Earlier this year, there were five other roads – the Kaduna Western bypass, the Lekki Port road, the road from Shagamu through Papalanto, and a couple of others, and there is one road in Maiduguri. That was about N320 billion.

“So, NNPC has identified 21 roads that it wants to deploy. Now, the instructive thing about this is that this initiative helps the government to achieve many things, including ministerial mandates three and four, which we discussed at the last retreat. Ministerial mandates three and four, if you recall, was energy sufficiency, electric power and petroleum energy distribution across the country.

“Of course, petroleum energy distribution is being impacted positively and negatively, as the case may be the transport infrastructure which is the ministerial mandate four. NNPC has sought and the council has approved today that NNPC deploys tax resources to 21 roads, covering a total distance of 1,804.6 kilometres across the six geopolitical zones.

“Out of those 21 roads, nine are in North Central, particularly Niger state. The reason is that Niger State is a major storage centre for NNPC. NNPC is doing this to facilitate the total distribution across the country.”

Fashola assured that in the South-West, the Lagos-Badagry Expressway, the Agabara junction, Ibadan to Ilorin (Oyo-Ogbomoso section) will be fixed.

On the South-East roads, the minister said you have Aba-Ikot Ekpene in Abia and Akwa Ibom States, then the Umuahia to Ikwuamo, to Ikot Ekpene road and so on and so forth.

Going further he said, “In the North-West, it is Gada Zaima-Zuru-Gamji road, and also Zaria-Funtau-Gusau-Sokoto road. In the North-East, it is Cham, Bali Serti and Gombe-Biu road.”

FG approves reconstruction of Lagos-Badagry expressway, 20 others by NNPC at N621 billion