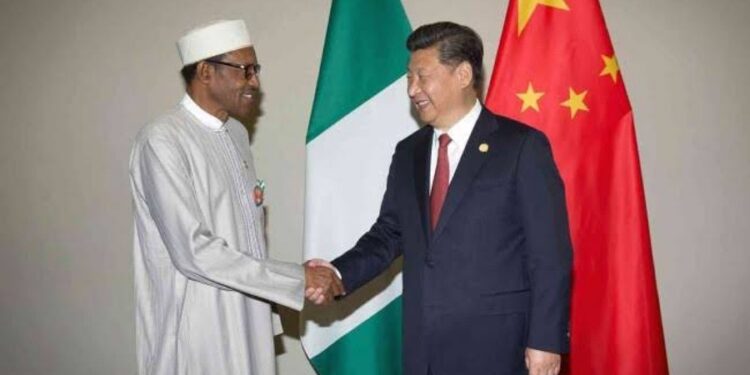 The Chinese Government has stated that it will continue its political and economic collaboration with Nigeria and also continue to support Nigeria’s leadership positions in the World Trade Organisation and the African Development Bank, to strengthen bilateral ties between the two nations.

This was disclosed on Tuesday by Mr Cui Jianchun, Ambassador of China to Nigeria who also stated that China will also prioritise the implementation of its political and economic cooperation with Nigeria, to achieve growth.

Jianchun stated this in a press briefing to mark the 50th anniversary of the restoration of China’s seat in the United Nations, according to the News Agency of Nigeria.

What the Chinese Ambassador is saying

Quoting Chinese President Xi Jinping, the Ambassador said, “Restoration of New China’s lawful seat in the UN was momentous for the world and the organisation.”

“How can we implement these strategies for road development progress? We covered five goals; the first goal is political consonance and the second is economic cooperation.

“Today, we consider how we can implement two of the goals through international coordination, in terms of how ‘Nigeria supported China’ since we established diplomatic ties, on Feb. 10, 1971.

“The two nations established diplomatic relations in February, 1971 and on Oct. 1, 1971 the then Nigerian government made a decision to support the move to restore the rights of China in the UN system.

“We are grateful to Nigeria, because that formed the foundation for the two nations; 26 countries in Africa supported China; we have done a lot in the past 50 years.

“I think in the relationship between China and Nigeria we have done a lot in the past 50 years, we believe we have to trace the history, that is the international correlation from 1971.”

Quoting Xi, Jianchun stated that for the past 50 years, China has written an epic chapter in the development of China and humanity, and also contributing significantly towards world peace and development.

“Upholding the authority and sanctity of the UN and practicing multilateralism; we strongly advocate peace, development, equity, justice, democracy and freedom.”

He added that It is important for China to build a community with a future for mankind and work together to build an open, inclusive, clean, beautiful world that enjoys lasting peace, universal security and common prosperity.

“We are committed to mutual benefits and win-win results, and work together to promote economic and social development for the greater benefit of our people.

“We should step-up cooperation, work together to address challenges and global issues that are facing humanity and regularly uphold the authority of the UN to practice true multilateralism,” he added.

He also stated that China would continue to support Nigeria’s leadership positions in the World Trade Organisation and the African Development Bank, to strengthen bilateral ties between both countries in global development initiatives, urging Nigeria to learn from China’s success in the centenary of the Communist Party of China, poverty to prosperity, efforts to biodiversity and reunion of the Forum on China-Africa Cooperation.

Recall Nairametrics reported in July that the Chinese Government urged Nigeria’s two largest parties, the Peoples Democratic Party (PDP) and the All Progressives Congress (APC) to work together in a bid to achieve greater national development.

This was disclosed by Ambassador Cui Jianchun while speaking to journalists on the sideline of the Communist Party of China (CPC) at the World Political Parties Summit which was held virtually to mark the Centenary celebration of the CPC with the theme: “For the People’s Wellbeing: The responsibility of Political parties.”

Facebook trains 7,000 women on digital skills in Nigeria, others

Most Nigerian homes spend 196% of monthly income on Christmas food, gifts, others