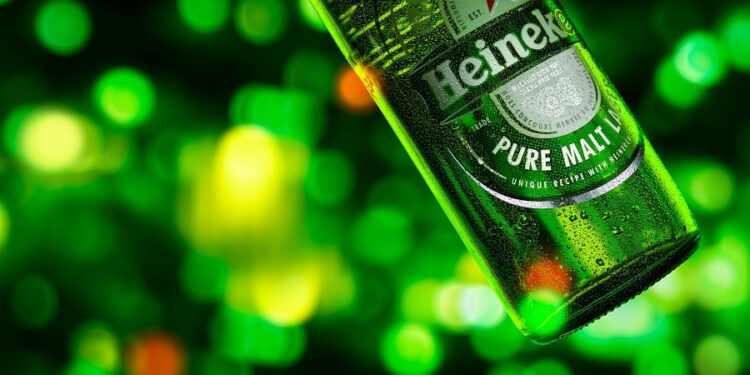 Renowned Dutch brewing company, Heineken N.V, has launched a mandatory takeover bid for the acquisition of up to 1,196,799,164 ordinary shares (the ‘’Offer Shares’’) from the other shareholders of Champions Breweries Plc. The Dutch giants made the offer through its wholly-owned subsidiary, Raysun Nigeria Limited.

This is according to a recent notice signed by the Chairman of Champions Breweries Plc., Dr Elijah Akpan, and filed with the Nigerian Exchange Limited (NGX).

According to the disclosure, the mandatory take-over is being effected in accordance with the directives of the regulator subject to the provisions of Section 131, Part XII of the Investment and Securities Act, No. 29, 2007 (as amended) and Rule 445 of the Securities and Exchange Commission (“SEC”) Rules and Regulations, 2013 (as amended).

Read: Heineken to cut 8,000 jobs under its restructuring programme by the end of Q1 2021

Recall that in January 2021, Raysun Nigeria Limited had acquired over 1.9 million shares of the local brewer- Champion Breweries at N2.60 per share, totalling N4.95 billion. The transaction helped to raise the ownership stake of Raysun from about 60.5% recorded as of 31st of December, 2020 to 84.7% in January 2021. The deal gave Raysun the leverage to launch a takeover bid.

Subsequently, on 10th of May 2021, the Board of Raysun granted approval for a take-over offer to be made to all the other remaining shareholders of the Company other than Raysun, for the acquisition of the Offer Shares representing 15.3% of the total issued and fully paid-up share capital of the Company.

Additionally, it is imperative to note that Raysun has received the Securities and Exchange Commission’s (SEC) authority to proceed with the Offer and will file the offer document with the regulator, for registration purpose. Following the registration, Raysun will make a tender for the Offer Shares, which the Shareholders may either accept or turn down.

Analysts observed that the recent move triggered a buy momentum in favour of Champions Breweries Plc shares which posted a 10% gain today. The company share price gained 23 kobo today, after it closed at N2.53 per share, up from N2.30 the previous day.