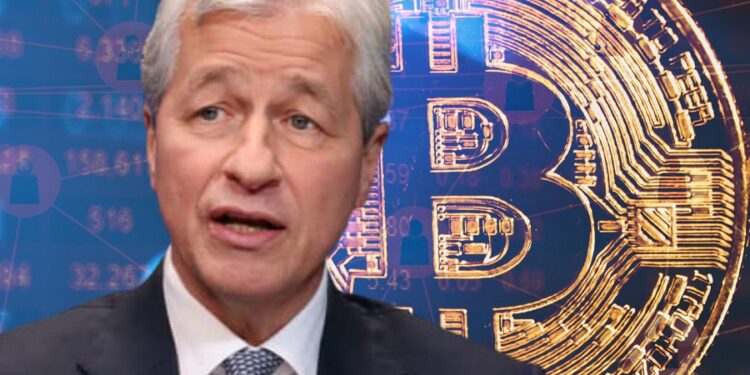 The CEO of JPMorgan, Jamie Dimon, who spoke at an event hosted by the Institute of International Finance event, stated that flagship cryptocurrency asset, Bitcoin, which is currently worth over a trillion dollars, is ‘worthless.’

This comment comes after JPMorgan research made a bold long-term price target for the flagship asset, stating that the asset class could rally as high as $146,000 as it competes with gold as an “alternative” currency.

This is Dimon’s latest attack on bitcoin as he joins other business and political leaders like former US President, Donald Trump in slamming the digital currency.

What JPMorgan CEO is saying

Speaking during the event, Dimon said, “I personally think that bitcoin is worthless. I don’t want to be a spokesperson… I don’t care. It makes no difference to me. Our clients are adults. They disagree. That’s what makes markets. So, if they want to have access to buy yourself bitcoin, we can’t custody it but we can give them legitimate, as clean as possible, access.”

This is not the first time Dimon is making negative statements about bitcoin. The trend goes back to as far as 2014, when he claimed that bitcoin is a ‘terrible store of value.’ Also in 2017, he stated that the asset class was a ‘fraud.’ He last commented on bitcoin in 2020, stating that the asset class is, ‘not my cup of tea.’

Although the CEO is not a big fan of bitcoin, it would seem that he is more supportive of the underlying blockchain technology that served as the foundation for digital currencies like bitcoin. In 2019, JPMorgan created its very own digital currency called JPMCoin and in October 2020, the firm created a new unit for blockchain projects. In August 2021, it started giving its wealth management clients access to crypto funds.

In January, the firm’s research team led by Nikolaos Panigirtzoglou wrote in a note that bitcoin price will equal that of total private sector investment in gold via exchange-traded funds or bars and coins. According to the research, this puts the potential price of bitcoin at $146,000 although they do not expect this price point this year.

Panigirtzoglou stated, “A crowding out of gold as an ‘alternative’ currency implies big upside for Bitcoin over the long term. However, a convergence in volatilities between Bitcoin and gold is unlikely to happen quickly and is in our mind a multiyear process. This implies that the above-$146,000 theoretical Bitcoin price target should be considered as a long-term target, and thus an unsustainable price target for this year.”

Dimon has also called for serious regulations around Bitcoin, stating that, “regulators are going to regulate the hell out of it.”

This may be turning into a reality as the U.S. government has had a heightened focus on regulating cryptocurrency markets. On Friday, Bloomberg reported that the Biden administration is weighing an executive order that would direct federal agencies to study and offer recommendations on the crypto market.

However, this is far from what Jamie Dimon wants, as he suggested that the United States should follow China in banning cryptocurrencies. Federal Reserve Chairman Jerome Powell and Securities and Exchange Commission boss Gary Gensler, have both asserted that they have no intention to ban cryptocurrencies in the U.S.