Analysis: Lagos State 2021 budget of N1.16 trillion will be driven by aggressive taxation

How to fund your business without a debt sentence The United States, in a single day, recorded an all-time high of 4,000 coronavirus related deaths for the first time, according to the records from Johns Hopkins University.

According to the tally from Johns Hopkins University, a total of 4,085 deaths were recorded, along with nearly 275,000 new cases of the virus — a strong evidence that the crisis is growing worse after family gatherings and travel over the holidays, and the onset of winter, which is forcing people indoors.

READ: Time for an ambitious response to COVID-19 from Africa As Azuka lay down in bed feverish, he had resigned to his fate believing he was not going to make it to the next day.

Just 3 days into the new year and all the fun he had attending weddings and burial ceremonies in the east all seemed like a big mistake. He must have caught covid-19 at one of those events, he thought.

Since attending the last event, he fell sick and has been exhibiting the symptoms of Covid-19 and just waiting to die until someone recommended Ivermectin, a little known drug as a potential medicine that could help save his life.

A few days later he recovered and spread the news to friends and family- he believes Ivermectin cured him.

The rush to purchase Ivermectin in Lagos has increased of late after stories similar to that of Azuka (not his real name) spread. As Nigeria’s caseloads rise past 120k cases, some Nigerians are increasingly worried about contracting Covid-19, rushing to pharmacies to purchase a drug that they all believe is the most portent to fight Covid-19.

According to the World Health Organisation, Ivermectin was originally produced in the 1980s as a veterinary drug used largely for nematode control in cattle, horses, pigs, and dogs and became the standard for control of the ectoparasitic disease, scabies. It soon became the world’s most profitable veterinary drug.

Since then, Ivermectin has been used on humans for controlling strongyloidiasis, a human pathogenic parasitic roundworm causing the disease strongyloidiasis. According to medical sources, it is also known in the US as threadworm, UK, and Australia as pinworms.

In Nigeria, it has been used to treat worms, according to a pharmacist who spoke to Nairametrics.

However, more recently, the drug is now being used for the treatment of Covid-19 pushing demands for the drug high across pharmacies in Lagos. A Nairametrics survey suggests the drug cost as high as N100,000.

Another pharmacist who craved anonymity explains.

“It was one of the available free drugs dispensed to patients at clinics in Nigeria – for eliminating different types of worms from the body. People usually don’t buy it from pharmacies because of the low price, thinking it’s not good quality tabled for expelling worms. It was not expensive and almost cost next to nothing, but now it sells for as high as N200 per tablet”

Is the drug credible?

Several social media posts and videos allude to the efficacy of the drug in “preventing and curing” Covid-19 but this is yet to be certified by the WHO.

The drug however came into the limelight after a Financial Times article claimed the drug had a chance of cutting covid-19 deaths by up to 75%.

The article was based on research published by the International Ivermectin Project Team led by the University of Liverpool lecturer Andrew Hill. A Nigerian Olufemi Emmanual Babalola, from Bingham University/Lagos University, Nigeria is also part of the group.

“Ivermectin was associated with reduced inflammatory markers (C-Reactive Protein, d-dimer, and ferritin) and faster viral clearance by PCR. Viral clearance was treatment dose- and duration-dependent. Ivermectin showed significantly shorter duration of hospitalization compared to control. In six RCTs of moderate or severe infection, there was a 75% reduction in mortality (Relative Risk=0.25 [95%CI 0.12- 0.52]; p=0.0002); 14/650 (2.1%) deaths on ivermectin; 57/597 (9.5%) deaths in controls) with favorable clinical recovery and reduced hospitalization. “

Currently, the only other drug with the same level of worldwide unofficial approval for treatment of Covid-19 is Remdesivir, after it also showed an effect on improving recovery rate for Covid-19 patients.

The choice between waiting for a vaccine or self-medication

More recently, the search for cures for Covid-19 has been overshadowed by vaccine breakthroughs across the world. For most governments, preventing covid-19 is better than curing it which is why more effort is geared towards vaccine distributions and other preventive measures such as insisting on facemasks and introducing new lockdowns.

But for developing economies like Nigeria, where self-medication is prevalent, drugs like Ivermectin are easier to purchase over the counter as well as administer. Just like the demand for chloroquine, zinc, and vitamin C soared in the first wave of Covid-19, demand for Ivermectin is rising along with its price.

Fortunately, Ivermectin is backed by research even though the researchers expressed caution as more trials need to be conducted.

“Despite the encouraging trend this existing data base demonstrates, it is not yet a sufficiently robust evidence base to justify the use or regulatory approval of ivermectin. However, the current paucity of high-quality evidence only highlights the clear need for additional, higher-quality and larger-scale clinical trials, warranted to investigate the use of ivermectin further.

Asides Ivermectin, Nigerians have also resorted to traditional medicine such as a beverage of lemongrass, dogonyaro leaves, garlic, ginger, and bitter kola to prevent and cure Covid-19, despite orthodox vaccines proven to be effective.

Perhaps it is because no one is sure when the vaccine will get to Nigeria after it was initially meant to arrive in January and since pushed to February 2021. And even if it does arrive in Nigeria, most people do not believe it will get to ordinary Nigerians on time especially when they cite the way the Covid-19 palliatives was handled.

For now, the need for self-reliance is driving people towards any drug they believe can cure covid-19.

The WHO has warned that Africa is in danger of being left behind in Covid-19 vaccination.

The World Health Organisation (WHO) has warned that Africa is in danger of being left behind in Covid-19 vaccination as countries from other regions strike bilateral deals, thereby driving up prices.

This follows the development and approval of safe and effective vaccine less than a year after the emergence of the coronavirus pandemic, regarded as a stunning achievement.

This disclosure was made by the WHO’s Regional Director for Africa, Dr Matshidiso Moeti while speaking during a virtual press conference which was facilitated by APO Group.

What the WHO’s Regional Director for Africa is saying

Dr Moeti stated that as of early this week, 40 million Covid-19 vaccine doses have been administered in 50 mostly high-income countries with Guinea being the only low-income country on the continent to have provided doses to only 25 people so far.

According to her, Seychelles is the only high-income country on the continent where a national Covid-19 vaccination campaign has started.

She said, “We first, not me first, is the only way to end the pandemic. Vaccine hoarding will only prolong the ordeal and delay Africa’s recovery. It is deeply unjust that the most vulnerable Africans are forced to wait for vaccines while lower-risk groups in rich countries are made safe.

What the Managing Director, Country Programmes, GAVI, is saying

Mr Thabani Maphosa, the Managing Director, Country Programmes at GAVI, a partner in the alliance, was quoted as saying delivery would begin soon.

He said, “COVAX is on track to start delivering vaccine doses and begin ensuring global access to vaccines. This massive international undertaking has been made possible thanks to donations work towards dose-sharing deals and deals with manufacturers that have brought us to almost 2 billion doses secured. We look forward to rollout in the coming weeks.” 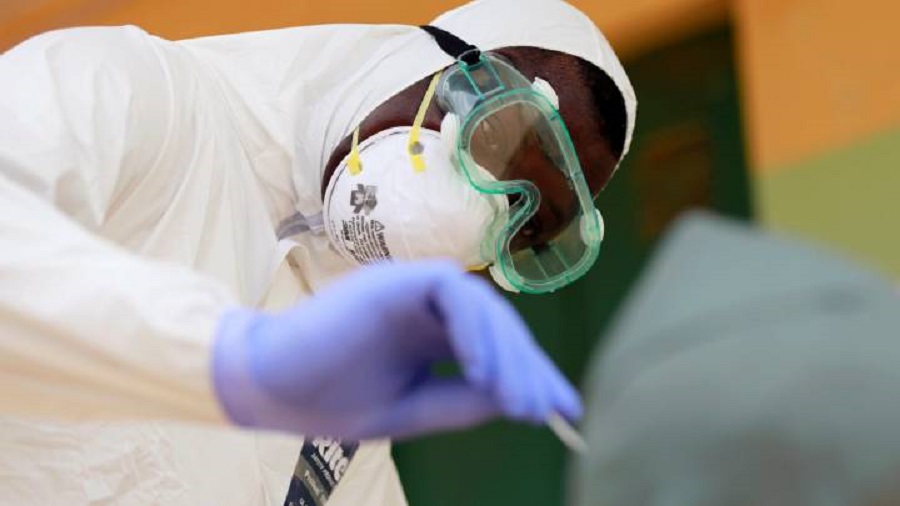