Court sentences Maina to 8 years imprisonment over money laundering, others 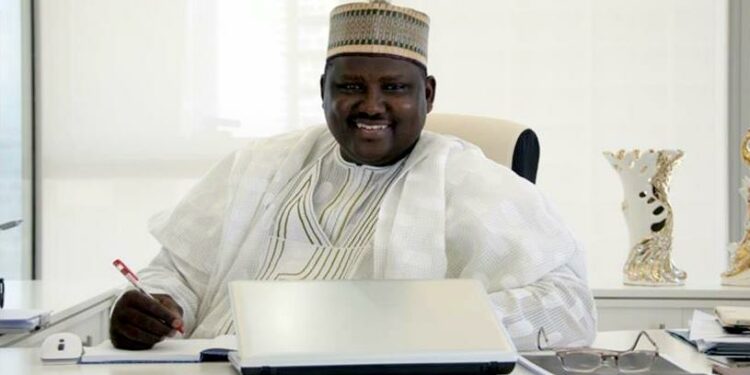 Justice Okon Abang of the Federal High Court in Abuja has sentenced the former Chairman of the now-defunct Pension Reformed Task Team, Abdulrasheed Maina, to 8 years imprisonment for money laundering and others.

This follows a guilty judgement by the court earlier in the day for offences that include money laundering, inducing bank staff to open bank account without conducting requisite due diligence, concealing his true identity as a signatory to accounts opened in 2 banks among others.

Justice Abang, while delivering his judgement, sentenced Maina to various prison terms on 11 counts of offence which are expected to run concurrently with a maximum of 8 years.

Abang in his ruling said, “Having considered how the pensioners’ funds were stolen, the convict is inhuman, heartless and has no compassion for the pensioners. Some have suffered, died in the process while waiting for their reward on earth.”

Others are; Count 10: 8 years in prison, and refund of N1.872 billion, Count 11: sentenced to 3 years in prison and property in life camp forfeited and Count 12: 3 years imprisonment.

Maina in his allocutions said, “I want to apologize for anything I might have done with or without my intentions or those related to me. I also want to inform my lord that the issue of my sickness is 3 different tumours that need to be operated upon urgently.’’

On October 25, 2019, Maina was arraigned by the Economic and Financial Crimes Commission (EFCC) alongside his firm, Common Input Property and Investment Ltd (2nd defendant) before Justice Abang.

Maina jumped court bail in 2020 and the judge ordered his arrest, He was apprehended in the republic of Niger and brought back to Abuja to continue facing his trial in December 2020 and detained at the correctional facility in Abuja.

On the 7th of October his son, Faisal Maina was sentenced to 24 years imprisonment by the same judge.

Court sentences Maina to 8 years imprisonment over money laundering, others