by Abiola Odutola
in Economy & Politics 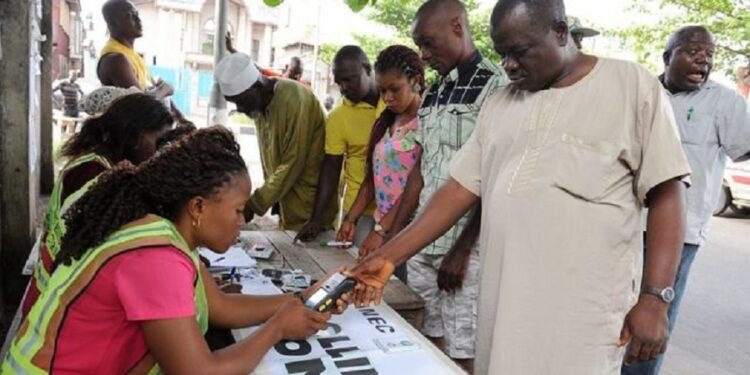 The candidates of the All Progressives Grand Alliance, Chukwuma Soludo; All Progressives Congress, Andy Uba; and Peoples Democratic Party, Valentine Ozigbo have won their polling units in the Anambra governorship election.

Also, the Independent National Electoral Commission (INEC) has extended the election to Sunday.

This is due to complaints about the malfunctioning of the newly deployed Bimodal Voter Accreditation System, which disrupted accreditation and voting in some areas.

Anambra poll: Soludo leads in 18 out of 20 LGAs declared so far, as INEC suspends collation

How the candidates won polling units

The candidate of the PDP, who voted at polling unit 010 Social Center, Ward 005 of the Aguata Local Government Area scored 75 votes, followed by APGA with eight votes while the APC scored two.

The candidate of APGA, who voted at Isuofia Ward 13, Unit 002 in the Aguata LGA, scored 126 votes while PDP scored five and both APC and YPP scored three votes each.

According to reports, there are some allegations that the election was marred by voter apathy, vote-buying, late arrival of materials and the malfunction of the BVAS machine.

Despite the efforts by INEC to ensure a hitch-free exercise, there were several complaints from voters in towns like Awka, Onitsha, Nnewi, Isuofia and some other parts of the state.

Though voting was expected to start at 8.30 am, as of 11 am voting was yet to commence in most centres in Awka, the state capital. With over two hours into the voting exercise, the people of Mgbakwu in Awka North were still awaiting voting materials, which later arrived after midday.

Party agents and voters waiting at Central School lamented the absence of materials and electoral officers. The school houses the two polling units in the town.

A party agent, Benneth Aniezeofor, lamented that the development would impact the exercise negatively as people might lose interest.
He said, “Late arrival of materials will disenfranchise many voters and people may run out of patience and leave which is not good for the election.”

Meanwhile, the candidate of APGA, Soludo, said his party would win the election if the election was free, fair and credible. The BVAS, however, malfunctioned in his polling unit, causing a delay for hours.

Soludo, who voted at 5.10 pm after waiting for almost six hours, said he had to remain in the queue for the women and the aged people to vote as soon as the BVAS started working.

After casting his vote, he commended INEC for its efforts to ensure a peaceful and smooth process, while thanking the people for being calm and peaceful in spite of the logistics challenges.

He said, “I voted after a long wait and there was no way I would jump the queue. My 90-year-old father was also in the queue, so allowing them to vote before me was the right thing to do. I believe the will of God will prevail no matter the delay.”

What INEC is saying

The State Resident Electoral Commissioner (REC), Dr Nkwachukwu Orji, said at a press briefing at the commission’s headquarters in Awka, the state capital, on Saturday that the poll would open at 8.30 am and close at 4 pm on Sunday.

He said the revised closing time would apply to areas where polling units opened after 8.30 am.

He stated, “In line with existing regulations and guidelines of the commission, any intending voter who is in the queue by 4 pm shall be allowed to vote. All Polling Units staff must comply with this directive.

“The time extension arose out of several field reports that voters had problems with accreditation. The commission is currently investigating the reason the accreditation devices, Bimodal Voter Accreditation System, worked perfectly in some polling units but not in others. In some of the cases, it would seem that this resulted from software glitches.

“Our technicians have already built an update for the device software to prevent further challenges. The update is currently being installed in the concerned BVAS and we request voters, candidates and agents to be patient and allow our technical staff to solve the problem.

“The commission wishes to reiterate that in cases of sustained malfunction of the BVAS, the Presiding Officer must inform the voters and polling agents that accreditation and voting for the affected polling unit shall continue tomorrow or at another time determined by the commission.”

The REC promised that no voter would be disenfranchised. He, however, lamented that some ad hoc staff and transporters contracted to move polling materials and personnel failed to show up.