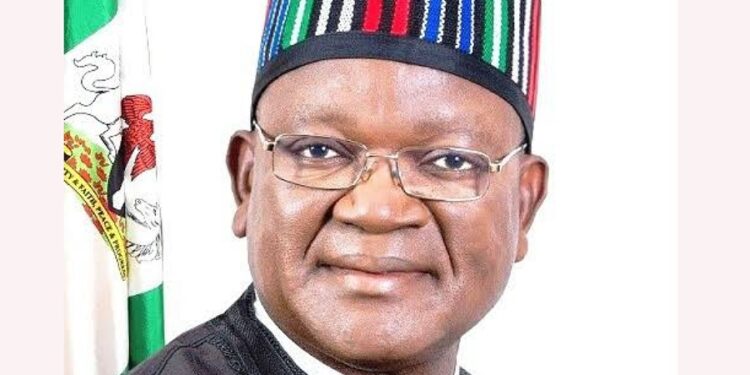 Benue State government has sought an Abuja division of the Federal High Court to vacate an order made on October 26 freezing all its accounts following an ex-parte motion brought before the court by Asset Management Corporation of Nigeria (AMCON).

Terkura Pepe, counsel to Benue state Government on Thursday moved an affidavit of urgency marked: FHC/ABJ/AMC/74/2021 dated and filed on November 2, in support of the motion on notice.

According to the News Agency of Nigeria, Terkura told the presiding judge, Justice Inyang Ekwo that the interim order freezing its accounts had incapacitated the state government as it cannot fulfill its daily operational needs nor respond to any of the sundry security challenges in the state.

FGN kicks off disbursement of N1.8 billion to vulnerable households in Benue

While moving the motion for the affidavit, Benue State counsel told the court that it was neither party nor privy to any arrangement between Bee and Bee Investment Enterprise and HPPS Multilink Services Nigeria Limited.

But Justice Inyang noted that the order was made based on the fact that the state was owing AMCON, and that he was mindful to de-freeze only the salary account of Benue workers.

He then stood down the case to enable AMCON lawyer and state government’s lawyer to decide which of the salary accounts should be unfrozen.

When the matter was called up again, Benue State counsel prayed the court for a short adjournment to enable him file an application on the salary account.

Justice Inyang adjourned the matter until Friday, but warned that failure to resolve the matter with AMCON before November 22 will amount to him freezing the account again.

Benue state government cited 28 reasons why freezing its accounts will crumble the state. Among which are:

“That there are incessant security challenges in Benue State like in all parts of Nigeria, and funds are required to meet these challenges, and that salaries of workers and pensions in the state cannot be paid due to the interim order.

“That it is in the interest of justice for the motion on notice filed by the Benue State Government to be heard urgently or given accelerated hearing, before the next adjourned date of 22/11/2021.”

Nairametrics also reported that the judge discharge four banks who complied with the court’s order from the proceeding.