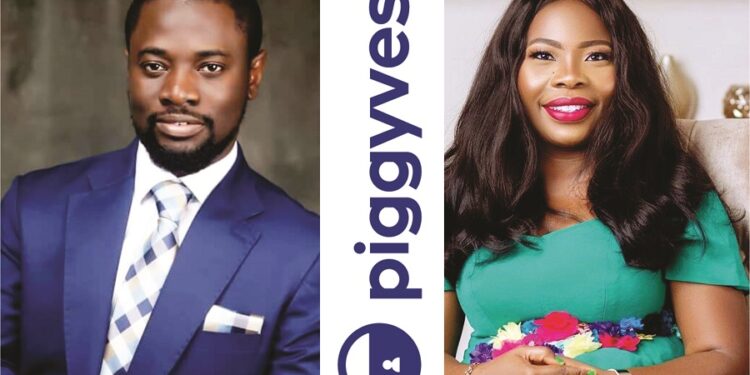 The report alleged that Piggyvest and some other top organizations in Nigeria invested in the company, Imagine Lenders managed by Bamise Ajetunmobi and his wife, Elizabeth.

Piggyvest has issued a statement assuring its users that they will never compromise their funds and they should disregard any unverified information.

Ponzi couple: Here’s what we know about Bamise and Elizabeth Ajetunmobi

According to information documented in the company’s investor pitch, Imagine Global Solution Limited founded by Bamise Ajetumobi and his wife Elizabeth Ajetunmobi is a microfinance institution duly registered and licensed in Nigeria with a focus on fostering financial inclusion, by providing working capital funding to market men and women.

The company had hoped to become a leading money lender that will eradicate poverty in Africa and the rest of the world by providing microloans to the unbanked, small and medium scale businesses and low-income earners. The company offered a loan disbursement range between 10k and 100k for a 30 – 40 days cycle and required a minimum of N100 million investment amount from investors with an interest rate of 6% to 36% depending on the capital amount paid monthly or as agreed.

It is alleged that the couple is currently on the run with billions of Naira in investors’ funds, while efforts are being made by some persons to track them down in the United Kingdom where they are believed to be hiding.

According to an Instagram user, @_trapselena_ “Just like MMM, Muyiwa and Glory Osei, MBA, etc, another financial fraud couple have struck again. Nigerians will never learn.

The whistleblower on Instagram, @_trapselena_ alleged that Bamise operates the micro-lending platform for small and medium-scale traders where he lends to traders at 22 percent interest then returns 10 percent of the profit to investors monthly.

It was also alleged that Elizabeth Ajetunmobi is one of the clique members of Naija brand chic and she runs a domestic staffing platform for hiring help. “For the past couple of months, investors have neither seen their money nor heard from them,” the whistleblower stated.

The couple is alleged to have gone into hiding and are possibly out of the country as they have investments outside Nigeria. They are also alleged to own property in Dubai and the UK, as well as citizenship to Antigua and Barbuda alongside their two kids.

“Total exposure from people that are known is currently to the tune of 22 billion Naira and more people are still coming out,” the accusation read, also stating that there is an ongoing recovery WhatsApp group and moves are underway to involve the EFCC and Interpol in locating the fraudulent couple.

What Piggyvest is saying

Piggyvest has issued a statement to discount suspicions that they may have also been scammed by the shady lending company.

“Our attention has been drawn to some rumours making rounds about Piggyvest. Please note that Piggyvest will never compromise the funds of any user in any way.

“All Piggyvest user funds remain safe and secure as always. No user fund has experienced any loss of any kind, nor will they experience anything of the kind,” they said.

The statement ended by assuring customers that their funds are safe.