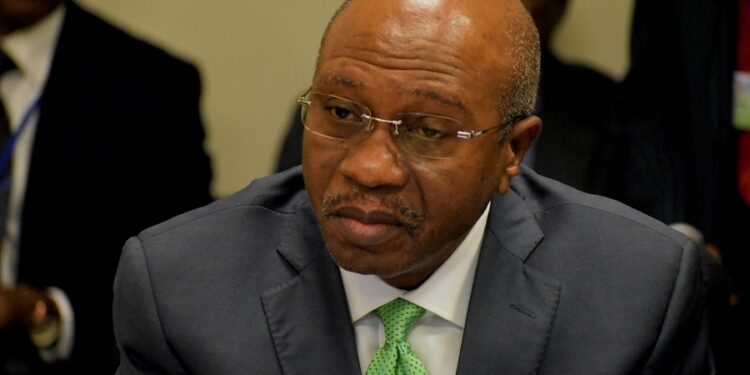 The Central Bank Governor, Godwin Emefiele has stated that Nigeria’s import of petroleum products using 30% of its forex can be reversed by the successful commencement of operations at the Dangote Refinery.

CBN assures Nigerians that eNaira is safe from hackers

What the CBN Governor said

Speaking on Nigeria’s foreign debt, Emefiele said “We have ensured that any of our debts due is given utmost priority, particularly foreign debts. It’s like first line charge.

“The minister talks to me about it and we will ensure that wherever we find the dollar we pay most of our debt before we service any obligation. That is a rule if it is Nigeria automatic sovereign debt.

“But when you talk about Azura. Azura is not, in our view, an authentic sovereign FX debt.“

The CBN Governor stated that the commencement of the Dangote refinery will be a major saver of foreign exchange for Nigeria, while also insisting that Nigerians will benefit greatly from the project.

He said, “The Dangote refinery once it begins production would be a major FX saving source for Nigeria.

“In Nigeria, from the FX we spend on imported items, importation of petroleum products consumes close to about 30%. Dangote refinery has the capacity to produce  650,000 barrels per day of refined crude oil. If the 650,000 is sold in Naira it would be a major FX saver for Nigeria.“

Emefiele said that the project costs about $17.5 billion and Dangote’s equity is about $9 billion. He added that $9 billion has been contributed by a combination of foreign banks, local banks and the CBN.

“That project is one of Nigeria’s backward integration programmes and we are very proud it is coming to light and indeed we know that refineries abroad are already scared because they know the market they will lose because Nigerians will prefer to patronise that than foreign imported refined products where we will save [on] transportation and logistics,” he said.

The central bank governor said that Nigeria could save close to 40% of foreign exchange imports through a combination of the Dangote refinery and a petrochemical plant that will be launched in June-July 2022. He added that when the project commences full operations, the currency would be floated and it would cease depreciation.