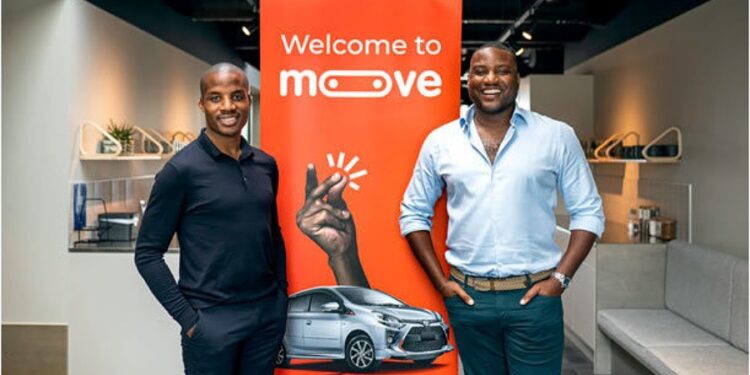 As part of its expansion plans throughout the continent, Moove, an African mobility fintech, has launched in Cape Town. The expansion corresponds with five new appointments for Moove’s global C-suite and the achievement of one million Uber journeys in Moove-financed cars, marking the company’s fourth city launch in only 15 months of operations.

The launch in Cape Town comes on the heels of Moove’s recent $23 million Series A financing and expands on the company’s current operations in Johannesburg, Lagos, and Accra, with the objective of democratizing car ownership across Africa.

Plans are in the works to create a presence in other locations in the coming months, and the choice of the second city in South Africa reflects a population of over 60 million people, with 67 percent of them living in metropolitan areas.

The motive behind Moove’s expansion

Ladi Delano and Jide Odunsi, serial entrepreneurs, co-founded Moove in 2019, which integrates their alternative credit-scoring system into ride-hailing and e-logistics platforms. As Uber’s sole car financing and vehicle supply partner in Sub-Saharan Africa, Moove is experiencing a huge increase in sign-ups. More than 14,700 people have signed up throughout the continent thus far.

“We’ve only been operating in South Africa for four months, but it’s an excellent market with huge demand for our product,” said Sinako Cetyiwe, South Africa country manager for Moove. “The next phase for Cape Town and the rest of the country is to grow our sign-ups, revenue, and trips so that we can empower more South Africans to become mobility entrepreneurs and earn a living in safe, new vehicles.”

Moove has been able to expand its leadership team during this period of development, bringing in many new employees to the C-suite to manage the launch in new markets, deepen the technology, and establish collaborations in additional vehicle categories.

“With consistent 60 percent month-on-month growth since we launched in Lagos in mid-2020, I’m proud of our team for getting us to four markets in just 15 months,” added Ladi Delano, co-founder and CEO. “We are super excited about our new team members, who, alongside our existing Moovers, will undoubtedly continue to help us attract more diverse talent as we look to build a dynamic, fun, and rewarding place to work.”

Appointment of a new team to drive Moove