by Ajalogun Hakeem
in Sports 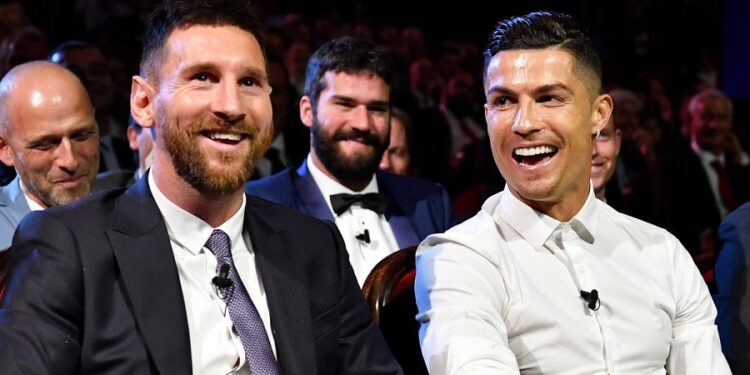 American business magazine, Forbes has released its annual ranking of the World’s Highest-Paid Soccer Players 2021. The list includes salaries (pretax) for the 2021-22 season, bonuses and endorsements.

The summer transfer window saw the two greatest players switch sides; Cristiano Ronaldo rejoined his boyhood club, Manchester United, while Messi, after 21 years at Barcelona departed for PSG. Following Ronaldo’s move, he ‘topped the sales of other top sportsmen who have jumped teams in recent years, including the NFL’s Tom Brady in 2020, the NBA’s LeBron James in 2018 and MLB’s Bryce Harper in 2019.’ He also outsold his longtime rival, Lionel Messi.

According to Forbes, Ronaldo has reclaimed the top spot over his soccer rival, Lionel Messi as the highest-paid soccer player in 2021. In total, Ronaldo and Messi are set to earn a combined total of $235million this season.

Ronaldo is set to earn $125 million before taxes in the 2021-22 season, with $70 million coming from salary and bonus for his return to United. The rest comes from personal endorsements and partnerships with brands including Nike, Herbalife, Clear and his ever-expanding CR7-branded portfolio. Only three other active athletes make more commercially: Roger Federer ($90 million), LeBron James ($65 million) and Tiger Woods ($60 million).

Following Lionel Messi’s move to PSG, he will be paid $75 million this season which is the same with Neymar’s. He’ll pad his PSG paycheck with an estimated $35 million in endorsements from the likes of Adidas, Pepsi, watchmaker Jacobs & Co. and Budweiser, which he just picked up last year under a three-year deal.

The ten highest-paid football players are expected to earn a combined amount of $585million (pre-tax) this season with an increase of $15million to last year’s $570 million. Salaries and bonuses make up a huge part of the total amount which is $415 million with a 2.6% increase from last year.

Three of the world’s five highest-paid players are from the French Champions, PSG – Messi, Neymar and Mbappe. The players earn $248 million in total which makes up almost half of the combined $585million for the ten highest-paid.

Top 10 highest earners in soccer are: