by William Ukpe
in Sports 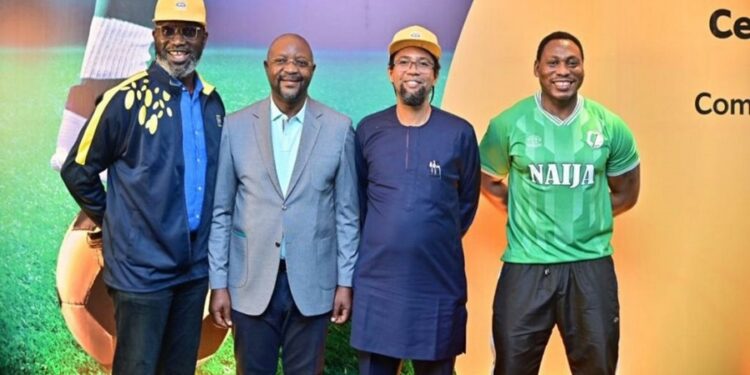 Nigeria’s largest telecoms company, MTN, and the Nigerian Football Federation have announced the signing of a partnership valued at N500 million.

This was disclosed by the NFF President, Amaju Pinnick, on Thursday, during the signing ceremony at Marriott Hotels, in Ikeja, according to the News Agency of Nigeria.

He added that the partnership would enable the NFF achieve 100% self-sufficiency funding.

Anthony Joshua to earn up to £15 million against Oleksandr Usyk

Speaking at the event, Pinnick said, “At the end of my tenure, I want to see Nigerian football 100 per cent self-funding without involving government, of course we thank the government for the past support.

“I can say now that NFF that started off from point zero has attained 85 per cent of self-funding as at the signing of this partnership,” he said.

“This is the only way and means to gain respect globally, continentally and nationally. So, I want to thank the Minister of Sports because his impact is very encouraging.”

Pinnick added that the partnership would enable the NFF’s drive to attain a self-sufficiency funding model for football development in Nigeria.

“We are excited with our partnership with MTN because it is something that has been going on for a very long time.

“We believe that in carrying out our culture of football development, we need a brand that has stood the test of time, the one that has gone through the thick of Nigeria’s system, and that brand is MTN.

“We consider this partnership as a great privilege because MTN is a dependable brand,” Pinnick said

MTN Chief Executive Officer, Karl Toriola, stated that MTN had supported from the highest international level to national competitions so as to take initiatives that added values.

“We are passionate about football and we take it seriously that millions of Nigerians have passion for this great sport, so we as organisation look beyond challenges to opportunities and promises,” he said.

The sponsorship, which is for one year and worth over N300 million in cash and value, was confirmed by the NFF in an official statement on Wednesday.