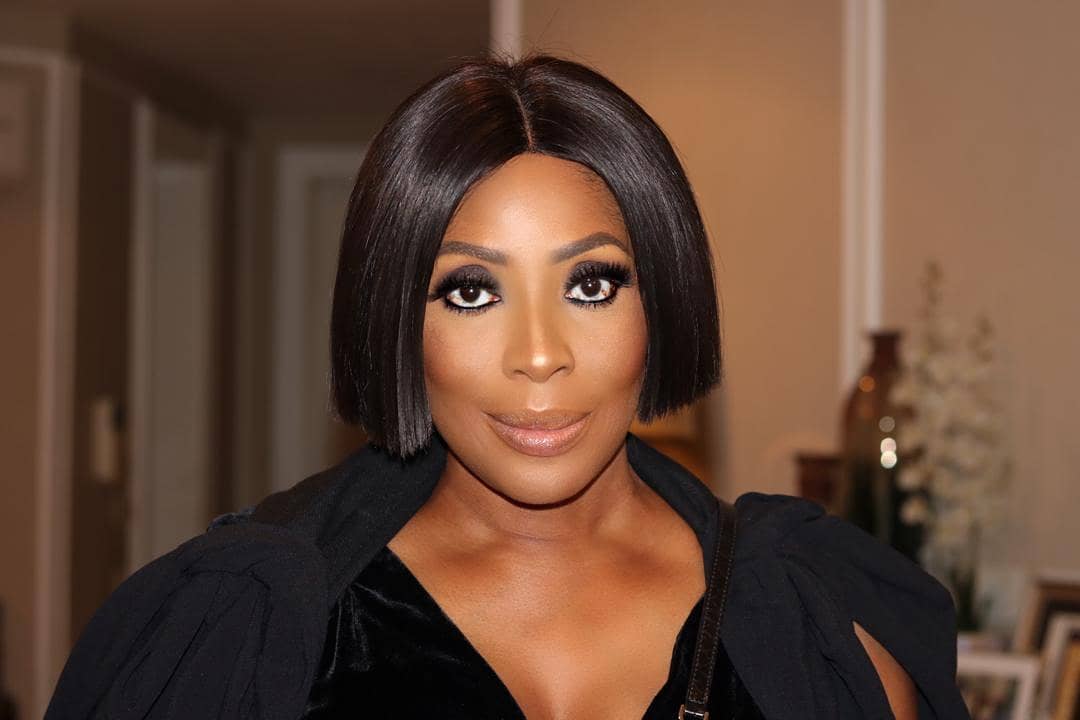 The compilation edition of African Voices Changemakers, the Globacom-sponsored magazine programme of the Cable News Network (CNN), this week brings back to viewers media mogul, Mo Abudu, and two other talents who are positively affecting the African continent.

The two others are 30-year-old Elijah Amoo Addo, a Ghanaian chef and food stylist who has become a social entrepreneur through his creation of “Food for All Africa”, and Karabo Poppy Molestane who in 2019 made the Forbes list as one of Africa’s Foremost Under 30 CEOs.

Abudu hit the limelight with her talk show, Moments with Mo, on which she brought many issues to public attention through interviews with top personalities, the needy and citizens with mental health issues. In 2006, she founded her own TV channel, Ebony Life Television, which is received by viewers in over 49 countries across Africa, the UK and the Caribbean.

Ghana-based Addo uses advocacy and a food-sharing mobile phone app to feed thousands of vulnerable children through food recovery and redistribution. In collaboration with local restaurants, supermarkets, food distribution companies and rural small-hold farmers, Addo’s organization collects leftover food or unwanted food that is close to its ‘use-by’ date and redistributes it to disadvantaged children in orphanages, hospitals and low-income schools.

Born in Vereeniging, South Africa, Molestane is a multi-award-winning Illustrator, graphic designer and street artist who is committed to the preservation of her cultural heritage. She is renowned as a Nike shoe designer and basketball court murals artist who has equally worked with the Wall Street and on Netflix’s Strong Black Lead season.

Offers investors the ‘Freedom to Choose’

M36 also offers bespoke solutions for both new and experienced investors as well as a 24-hour lifestyle concierge service to meet the needs of discerning customers.

In a rapidly evolving environment with changing consumer behaviour fueled by technology and growing access to information, M36 is looking to expand opportunities for investors at all levels, while also simplifying the process of investing.

M36 was developed by Union Bank as part of its strategic focus on delivering superior customer solutions leveraging technology and innovation. The Bank partnered with several asset management companies to deliver the broad range of investment products on the M36 platform.

“M36 eliminates the traditional barriers to investing and offers investors direct access to financial instruments that would usually require the service of an investment or relationship manager. We’ve designed M36 to ensure simplicity in the onboarding and investing process while also empowering the customer to make sound investment choices based on their financial objectives. We worked with key partners to deliver both the experience and products on M36 and are confident that we have launched a superior product in today’s marketplace.”

With the 24-hour concierge service, M36 users can access round the clock support from investment advisors as they actively manage their portfolios.

M36 is available for download on the App store and the Google Play Store. For more information on M36, visit https://m36ng.com/

M36 is a digital investment platform offering a range of investment opportunities for investors of all levels through a self-service app.

In addition to its robust investment product offering, M36 provides access to investment advisors; life-essential products and services and a 24-hour lifestyle concierge, combining simplicity and functionality to deliver a seamless user experience.

The M36 app is available for download on the App Store and the Google Play Store. For more information on M36, visit https://m36ng.com/ In Maiduguri, Borno state capital, Zullum said his administration will always support programs that have positive economic impact to the public such as Hajj Savings Scheme.

He urged all Muslim ummah to use this opportunity in order to answer the call to Hajj being one of the pillars of Islam, urging all stakeholders to give the scheme the best publicity it deserves.

The governor represented by Commissioner, Religious Affairs, Abacha Umar, said the new scheme is capable of transforming the hajj operations to international standard and best practice.

In Damaturu, Yobe state capital, Wednesday, Mala Buni said his administration will provide all supports needed to ensure the success of the new scheme in the state.

He commended the management of Jaiz Bank for their commitment towards opening the Damaturu Branch in the nearest future which he said will provide alternative solutions to the financial transaction for the people of the state.
He commended the efforts of the National Hajj Commission of Nigeria (NAHCON) and Yobe State Hajj Commission for their tireless effort in making sure that the pilgrims welfare keeps improving year after year.

The Managing Director, Jaiz Bank Plc, Hassan Usman explained that with the take-off of the scheme, NAHCON and states pilgrims welfare boards can have the liquid funds required to effectively plan hajj operations early, thereby securing better bargain for accommodation and other services for their pilgrims.

Usman represented by North East Regional Manager, Baba Njidda and Head of Corporate Communications of the bank, Halima Ishaq in Yobe and Borno respectively said the bank is committed to this journey and “we are ready to support it with best-in-class technology infrastructure as well as safe investment management practice.”

The Executive Chairman, Yobe Hajj Commission, Alhaji Bukar Kime said with this type of sensitisation and training by NAHCON and Jaiz Bank the success of the scheme will be achieved in sha Allah.

NAHCON Charman, Barrister Zikilullah Kunle Hassan, represented by the Commissioner in charge of North East, Abba Jato said the introduction of the Scheme is part of the transformation of the hajj operations for efficiency and cost reduction.