The Nigerian stock market gained ground for the eighth day in a row, with the benchmark All Share Index/ market capitalization improving further by 1.40% to settle at 24,143.37 index points and N12.582 trillion respectively.

Why stocks are gaining: Nairametrics understands the low yielding fixed income market is driving smart money into the stock market. Most stocks hit all-time lows in March as investors dumped stocks over concerns about the crash in oil prices and the COVID-19 pandemic.

Oil prices have rebounded this week as the world braces up for a worldwide easing of the lockdown. Global stimulus injections of capital by most developed economies have also calmed markets. Nigeria also recently received the $3.4 billion IMF loan which is believed will boost the external reserves. Nigeria’s and West Africa’s online retail pharmacy – HealthPlus, is going through a boardroom and shareholder squabble, that threatens the operations of the company. The battle for ownership of the company is now between Alta Semper, a private equity investor in the company, and Bukky George, the company’s founder, and CEO.

The dispute attracted media attention after a press release was issued, announcing Chidi Okoro as Chief Transformation Officer of the company. In a press release seen by Nairametrics, the ‘company’ reported that Mr. Okoro’s “mission is to optimize day-to-day management, and elevate the business to novel scale and profitability,” effectively removing the founder, Mrs. Bukky George, as MD/CEO.

This press release set off a chain of online and social media mudslinging, that has had both sides court public sympathy for who is in control of the company. Mrs. Bukky George issued a counter press release, denying that she had been removed as MD/CEO. According to her side of the story, she claimed the press release was not authorized by the company and termed it false.

“We wish to inform the General Public, the Pharmacists Council of Nigeria, our Staff, loyal Customers, Vendors, Landlords, Bankers, and all Stakeholders that the press release was NOT authorized by the company or anybody acting on its behalf, and that the announcement of the appointment of a CTO is wholly FALSE.”

Alta Semper on the other hand maintains, “The majority of the Board of Directors of the Company, determined that a change of leadership was required if HealthPlus was to achieve its strategic goals, and the former CEO’s appointment was terminated in accordance with its terms.”

Reliable sources informed Nairametrics that several attempts from both sides to resolve the matter have failed, due to a disagreement on the terms and conditions for the injection of capital into the company. We understand that HealthPlus is going through financial challenges, and is in dire need of capital to remain in operations.

What are they saying?

Alta Semper, in a follow-up press release, alleges that the decision to remove Mrs. Bukky George “was made in full compliance with Nigerian laws, and follows a long and drawn-out process of engagement,” through which the Board sought to address multiple issues with the way the company was being managed.

Bukky George issued a press release alleging that the appointment of Chidi Okoro was not authorized by the company or anybody acting on its behalf.

A. Muoka: In a leaked letter seen by Nairametrics, A. Muoka & Co, the solicitors to the company, wrote to Messrs. Afsane Jetha and Zachary Fond, the directors in HealthPlus, and also representatives of Alta Semper on the termination of the management agreement between Alta Semper and Bukky George.

What we know so far

While both sides continue to issue several statements of denials and claims, here is what we have learned so far about the partnership.

The Minister has clarified that the new PIB seeks to commercialize the NNPC rather than scrap it.

The long-awaited new Petroleum Industry Bill (PIB), which was just submitted by President Muhammadu Buhari to the National Assembly, has taken steps to amend changes to deep water royalties made last year.

This is as the Minister of State for Petroleum Resources, Timipre Sylva, has clarified that the new PIB seeks to commercialize the Nigerian National Petroleum Corporation (NNPC) rather than scrap it.

According to Reuters, while confirming the receipt of the bill from the President, the Senate President, Ahmed Lawan, said that it would be officially presented on the floor of the 2 chambers of the National Assembly on Tuesday and would get quick consideration.

In addition to the earlier reported creation of a new company, Nigerian National Petroleum Company Limited, to take over the assets and liabilities of NNPC and the establishment of some new regulatory bodies, a section of the bill proposes an amendment to controversial changes to deep offshore royalties made late last year. This involves reducing the royalty that oil companies pay the Federal Government for offshore fields producing less than 15,000 barrels per day from 10% to 7.5%.

It would change a price-based royalty too so that it kicked in when oil prices climbed above $50 per barrel, rather than the initial $35.

It would also codify in law that companies cannot deduct gas flaring penalties from taxes, a practice that was the subject of a court case.

Sylva made the disclosure during an interaction with journalists at the National Assembly complex after an interactive session with the leadership of the assembly.

Sylva said, “We have heard so much noise about NNPC being scrapped but that is not being envisaged by the bill at all. NNPC will not be scrapped but commercialized in line with deregulation move being made across all the streams in the sector comprising of upstream, downstream and midstream. We have said that NNPC will be commercialized.

“But if you are talking about transforming the industry, the only new thing that we are introducing is the development of the midstream, that is the pipeline sector. So we have provided robustly for the growth of the midstream sector. Through commercialization, the required competitiveness in the sector will be achieved.”

Sylva also pointed out that the host communities would have the best deal from the bill.

Nairametrics had earlier reported the scrapping of the Petroleum Product Pricing Regulatory Agency (PPPRA) and the Petroleum Equalization Fund (PEF) in the proposed new bill, in addition to the creation of a new entity, NNPC Ltd.

The Federal Government is expected to pay cash for shares of the company, which would operate as a commercial entity without access to state funds.

The changes could make it easier for the struggling company to raise funds. However, the bill does not require the government to sell shares in the company and, unlike previous reform proposals, does not set a deadline for privatization to be completed. 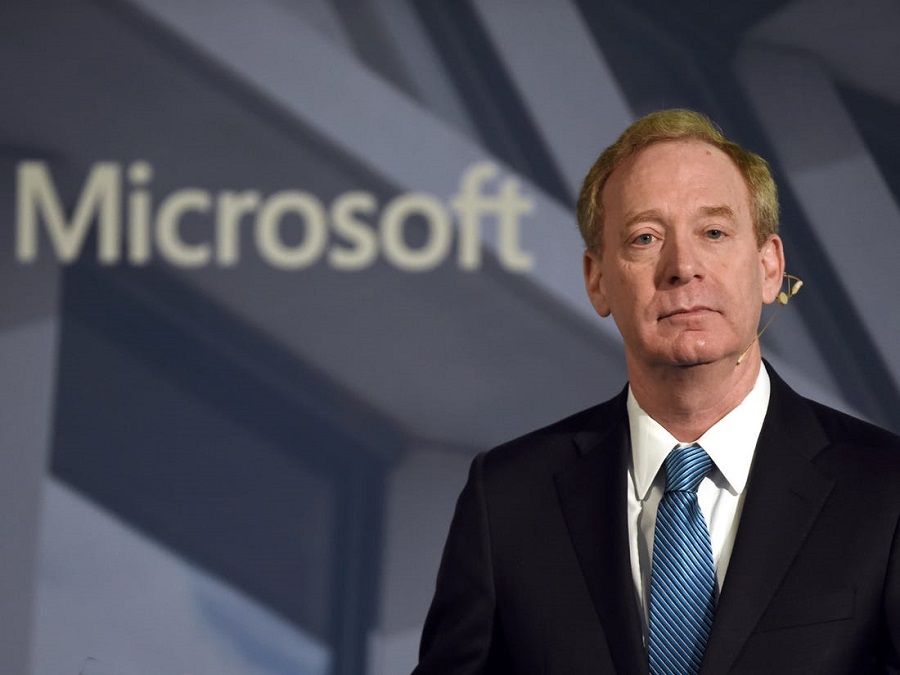 Microsoft recently disclosed that it was investigating an outage that brought down its cloud-based office services, including the meetings software, Teams, worldwide.

Microsoft reported challenges with authentication for its cloud services at around 9.25 pm UTC, meaning people were having issues logging into the online services; Teams, Outlook, and Office. The outage had affected services globally.

In a series of tweets sent by the world’s most valuable software maker and seen by Nairametrics, the company said:

“We’ve published MO222965 to the Microsoft 365 Admin Dashboard, and will also be updating http://status.office.com with updates to our investigation.

“We’ve identified a recent change that appears to be the source of the issue. We’re rolling back the change to mitigate the impact. Please follow http://status.office.com for updates on this issue if you are unable to access the admin portal.”

Why it’s important: In the midst of the COVID-19 pandemic, value chain services like Teams have been critical for individuals, and businesses working remotely.

In the month of April, Microsoft reported 75 million daily active users on Teams as a result of more people working from home.

With so many users depending on its services, Microsoft cannot afford to have any downtime. However, it reported that the services were mostly restored, though a small subset of customers in North America and the Asia Pacific were still unable to access them.