UACN Nigeria Plc published its 2019 full-year results over the weekend reporting a pre-tax profit of N7.45 billion up from N6 billion a year earlier. The company’s result was published on the website of the Nigerian Stock Exchange.

Despite a better performance, the company still went on to post N9.25 billion in loss after tax compounding woes for shareholders after it reported a N9.49 billion loss a year earlier. However, a closer look at the results reveals the major reason for the loss was a N14.6 billion write down the company suffered during the year. UACN also reported a write-down of N13.7 billion in 2018.

Why Write Downs: An excerpt from the company’s audit remarks explained write-down was due to a combined net-loss from its holdings in the subsidiaries UPDC, MDS Logistics, and UNICO. However, all the losses were from its holding in UPDC pls where it took a write-down of N14.9 billion (UNICO & MDS Logistics combined profit was N395,779). The breakdown of N14.9 billion includes about N2.6 billion in operating losses from operations and another N12.6 billion in “impairment of assets of disposal group held for sale and discontinued operations.”

The auditors to the company Ernst n Young explained the N12.6 billion loss, classifying it as a key audit matter. The auditors explained that the company’s plan to unbundle its interest in UPDC and subsequently its ultimate interest in UPDC REITs “led to a huge decline in the market/fair value of the associate quoted shares from N5.4 per unit as at 2 September 2019 to N4.25 per unit as at December 2019” resulting in a diminution of value.

UPDC had listed the REIT at N10 per share in July 2013 but has lost significant value since then even though UPDC had continued to carry it in their books at cost. But with the company announcing officially that it plans to spin off the asset, it now has to write-down the losses. According to EY, “the diminution in the unit price has resulted in an erosion of the unitholders’ value” thus as impairment loss of N12.64 billion was recognized by the group.

A pictorial representation of the Victoria Mall Plaza.

Write down on Victoria Mall Plaza: The auditors also reported that UACN had to take a write-down on its interest in the Victoria Mall Plaza which was still under construction. According to the auditors, a sum of N1.3 billion was written off to reflect the selling price it is currently getting for the asset.

READ ALSO: Nigeria’s Bonny Light hits $12, yet nobody is buying

This means the company had been carrying a price of N4.27 billion for the asset which is what its valuers valued it for however no one is willing to pay that price. Thus in compliance with IFRS, the auditors required that they value the property at the N3 billion asking price.

What this means: This marks a new beginning for UACN following years of declining profits and two years of back to back losses. The losses are mostly due to its investment in UPDC, its property development arm operating in a struggling market. Nigeria’s real estate sector recorded a negative real GDP growth rate of 2.37% in 2019 and has been in recession since about 2016.

By spinning off the unprofitable entity, the conglomerate can now focus on its core businesses of Animal Feeds, Paints, Packaged Food and QSR business. In 2019, the company earned N48.9 billion, N11 billion and N17 billion in revenues from its Animal Feeds, Paint and Packaged Foods business. This has always been the core of UAC over the years and should place the company on the part to profitability.

Themis Capital Management, the core investor at UAC of Nigeria Plc (UACN) increased its investment in the conglomerate in February. The acquisition of the additional shares adds substantially to its investment in the company, as it is already the single largest investor with about 8.08% shareholding as of December 31, 2018. Themis paid N10 per share for the additional shares. The company share price closed at N7.50 on Friday and is down 18% YTD. 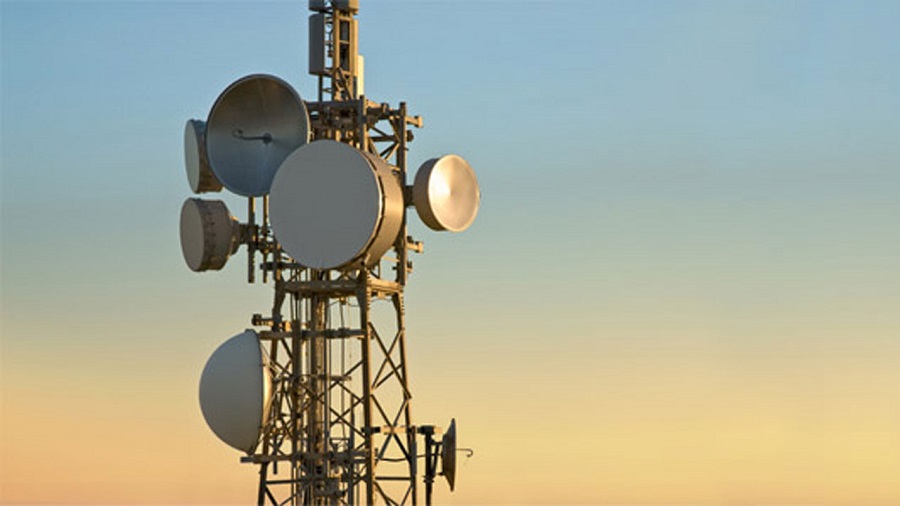 This was disclosed by Mr Ryan Goodnight, SpaceX’s Starlink Market Access Director for Africa in a meeting with NCC’s Executive Vice-Chairman (EVC), Prof. Umar Danbatta on Friday in Abuja.

What SpaceX is saying about Starlink in Nigeria

“SpaceX has been in discussion with NCC virtually over the past several months to begin the process of pursuing all necessary licences to bring Starlink, its satellite-based broadband services, to Nigeria.

Having made substantial progress in the discussion, the commission granted SpaceX’s request for a face-to-face discussion to gain better insights on the prospects,” they said.

The NCC stated that it has listened to SpaceX’s presentation and will review it vis-à-vis its regulatory direction of ensuring an effective and sustainable telecoms ecosystem where a licensee’s operational model does not dampen healthy competition among other licensees.

“As the regulator of a highly dynamic sector in Nigeria, the commission is conscious of the need to ensure that our regulatory actions are anchored on national interest,” they said.

NCC added that broadband penetration of 70% which covers 90% of the population is the FG’s target in its National Broadband Plan (NNBP), 2020-2025. This is also in line with its National Digital Economy Policy and Strategy (NDEPS), 2010-2030.

Nairametrics also reported this month that the  Federal Government announced a deal with Microsoft through the Federal Ministry of Communications and Digital Economy for the development of high-speed internet infrastructure across the six regions in the country.

What FGN Free Meter Program means for the power sector

According to news reports, the Minister of Power, Mamman Saleh on Wednesday said the distribution of the four million free electricity prepaid meters pledged by the Central Bank of Nigeria would soon begin across the country.

According to him, the government is wrapping up the distribution of its initial one million meters, which he labelled phase zero, and would soon begin the distribution of the four million sponsored by CBN, which he tagged phase two. He also noted that the Federal Executive Council approved N3bn for the execution of six major electricity projects in the country to upgrade Nigeria’s electricity facilities and improve power supply across the country.

Ineffective metering remains a major drawback to the success of power sector reforms in Nigeria. While some consumers avoid paying for power consumed through meter bypass, some other consumers are made to pay for what they have not consumed through estimated billing by DisCos.

DisCos have been largely unsuccessful with metering their customers.

As far as inadequate metering is concerned, DisCos over time, have used this situation to their advantage via estimated billings. It appears that fully metering customers are currently being viewed as a disincentive, given that estimated bills can easily be manipulated.

According to a report by the Nigerian Electricity Regulatory Commission (NERC), only 4,234,759 (40.27%) of the total customer population of 10,516,090 were metered as of 30 June 2020. Clearly, this validates the widely held view that there are a wide number of customers on estimated billing which gives room for illegal connection to the networks and in turn corrupt practices. NERC further revealed that only three out of 11 Electricity Distribution Companies in the country had metered more than 50% of electricity customers under their coverage areas as of June 2020.

Effective metering in our view is one step ahead in solving the myriad of problems embattling the Nigerian power sector. Though supposed to be unpaid for, many customers in a bid to avoid the bureaucracy associated with getting meters have paid to get their own meters. We believe the provision of meters to all end-use customers will go a long way in ameliorating the liquidity squeeze in the power sector whilst also providing cashflow to the DisCos for investment in equipment needed to evacuate unused electricity to consumers nationwide.

We laud the FG’s efforts at distributing meters freely to end-users, but we note that without effective penalties for erring DisCos and consumers, progress may still remain very slow.