Two days after Nigeria’s Minister of Finance, Zainab Ahmed, faulted financial experts, stating that Nigeria’s N24.9 trillion debt was not a problem, members of the Monetary Policy Committee (MPC) of the Central Bank of Nigeria (CBN) have countered her claim.

The members of the MPC raised a concern about the debt level of the states and the Federal Government which they said was worrisome when compared to other countries that the Minister of Finance used to defend the current debt problem.

Nairametrics reported that Ahmed decried the insensitivity of experts concerning the debt situation of the country at a meeting with the management staff of the Ministry of Finance and Budget & National Planning on Monday. She said that despite the misgivings amongst experts over the rising debt profile of Nigeria, what the country faces now is a revenue problem rather than debt challenge.

MPC says Nigeria’s debt is a Problem: Contrary to the minister’s claim, one of the members of CBN’s MPC, Dr Robert Asogwa, said the debt would affect the growth prospects of Nigeria when added to the other risks of the financial sector.

“The rising public debt levels in Nigeria when added to a variety of other financial sector specific risks seem to dampen the prospects of growth in the near term.”

Another member, Mike Obadan said, “The Federal Government debt poses a serious burden with nearly 30% of the budget devoted to debt servicing. Although the debt-GDP ratio is relatively low, the debt – revenue ratio is very high. And it must be stressed that GDP is not used to service debt; rather is revenue in the case of domestic debt or export earnings in the case of external debt.

“Therefore, caution must be exercised on further borrowing while domestic revenue mobilisation efforts are stepped up. The state governments also need to exercise caution in borrowing from commercial banks.” CBN’s MPC counters Minister’s comparison: The Minister had stated that Nigeria’s debt is still very much within a reasonable fiscal limit and if placed side by side with comparative countries, the country is least in terms of borrowing.

This statement didn’t go down well with Asogwa. He faulted Ahmed’s comparison, stating that despite the likes of Brazil, India and China having higher debt-to-GDP ratios than Nigeria, their economies are several times larger than Nigeria.

“Even though such countries as Brazil, India and China have higher debt-to-GDP ratios as compared to Nigeria, these economies are also several times larger than Nigeria. Moreover, the increasing appetite for internationally private-held debt and a persistent hunt for Eurobonds is worrying.

“Besides the associated high cost of borrowing, the huge debt levels crowd out other development spending, given the portions of government revenue allocated annually to service the debt. A coordinated domestic revenue expansion with simultaneous fiscal prudence will be key to addressing the current weak fiscal position of the economy.” 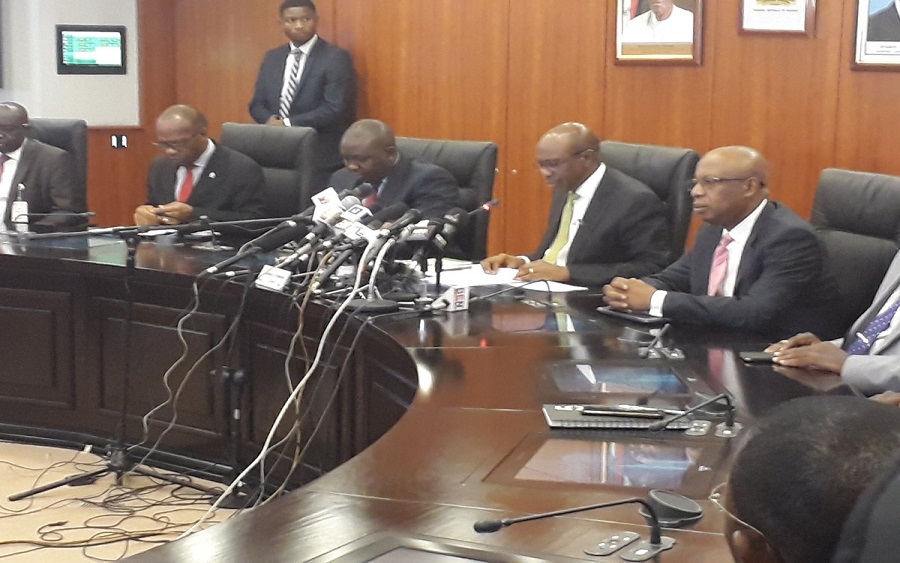 States are playing with fire: In his statement regarding the debt level of the State Governments, Obadan said the purpose of States requesting for financial support is often misguided. According to him, States deploy short-term credits to finance long-term projects, and this is injurious to the states and worsens their debt problem.

Apart from their misplaced investment of bank credits, Obadan said States depend too much on bank loans more than other tiers of government, accounting for 74% of bank credit to the governments.

“And apparently short-term credits are being used by the state governments to finance consumption or long-term projects.

“This compound their financial woes as deposit money banks obtain direct debits from their Federation Account Allocations. There is a need to ascertain the deployment of bank loans by state governments while they should mobilise more Internally Generated Revenue to finance development.”

[READ MORE: Nigeria and the burden of debt]