Business Half Hour (BHH Podcast) is a weekly podcast targeted at Startups and Entrepreneurs who are redefining the Nigerian business scene through innovation.

On this episode of the Business Half Hour, The co-founder of Swift Medispark, Ugo Nwokoro joins Taiwo and Bukola to discuss how technology can provide opportunities for small businesses/start-ups in the healthcare sector.

On Nairametrics Business Half Hour, Co-founder of FarmCrowdy, Christopher Abiodun discusses everything Agriculture. Nigeria is nowhere close to attaining food security, and this is no secret. Very recently, President Muhammadu Buhari encouraged more people to venture into farming and increase farm produce “so that we don’t have to import,” as Nigeria has no money to import foods.

However, Co-founder and Chief Technology Officer at Farmcrowdy, Christopher Abiodun, thinks that attaining food security in Nigeria is much more than having more farmers.

Speaking as a guest at the Nairametrics Business Half Hour, Abiodun notes that there is a lot of waste along the Agricultural value chain in Nigeria, due to the dearth of processing and storage players in the chain.

“There is a lot of planting going on, but there are a lot of post-harvest losses so it goes beyond planting. Most farmers don’t have where to sell their produce, and even if they do, they don’t know how to get it to where it supposed to be sold. The result is that we have as much as 40% waste across the value chain.”

He further explains that Nigerians need to think more about venturing into processing and preservation, instead of more planting. Some farm produce perish within 48 hours or less if they are not gotten across to the end consumers, so building a processing plant close to the farm will help largely reduce some of the post-harvest losses.

Everybody wants to get land and start planting, but there are many places to key into the value chain that can help the entire results. Access roads to the farm can also work wonders for the entire agriculture food chain. There is a lot of support coming from the government and CBN for farmers coming through the enablers, but support has to be channelled into processing and proper storage.

In January 2016, Onyeka Akumah reached out to his friends and co-founders Ifeanyi Anazodo, Akindele Philips, Christopher Abiodun, and Temitope Omotolani with a new idea to connect farmers to funds. Together, the team had experts in tech, data, finance and agriculture who left their jobs to get the business off the ground.

By November 14, 2016, Farmcrowdy commenced operations as an agri-tech platform to help small farmholders achieve food security by crowdsourcing funds from individuals, and helping the farmers with the necessary technology to boost food production.

READ: Warehousing and logistics: Key to the success of deregulation in Nigeria

“What we discovered is that instead of giving farmers the money, it is better to buy input and take to them and teach them how to use to achieve needed results. Then we mop up harvest and move it to buyers,” Abiodun explains.

At the end of the farming cycle, sponsors receive their capital with 40% of total returns, farmers get 40% returns and the company keeps 20% of the returns.

By early 2019, in a bid to shed off the capital-intensive model, the crowdsourcing platform was separated from the agri-tech company, making Crowdyvest different from Farmcrowdy. Under the new structure, Farmcrowdy structured finance provides farmers and low-income earners with small loans or small capitals to farm; Farmcrowdy aggregation moves the products from the farm gates to the processors after the harvest; Farmcrowdy marketing helps different small holders or small scale businesses to push their products out into the market using topnotch marketing strategies.

Farmcrowdy Insurance connects farmers to insurance companies so that they can insure their health, farms, farm produce; while Farmcrowdy technology & data services all other arms by getting and keeping data which will later be used to make informed decisions.

The lockdown resulting from the COVID-19 brought up a new business model for Farmcrowdy. People could not go out to get food for themselves. Farmcrowdy foods was launched in April as a B2C to allow users order food and meat from the app and have them delivered at their doorsteps.

Farmcrowdy as an agri-tech company does not deal with individual farmers, but with farming communities and associations that will make it easier and more productive to hold the farmers accountable through their leaders.

There is sometimes the issue of trust, with the old farmers wanting to stick with heir old methods and traditional ideas of farming. Abiodun says they handle the trust issues by using some plots of land to run pilot studies where the farmers can now see the improved production process and results.

“If you can show them something that works, then they will come to trust the process,” Abiodun said. 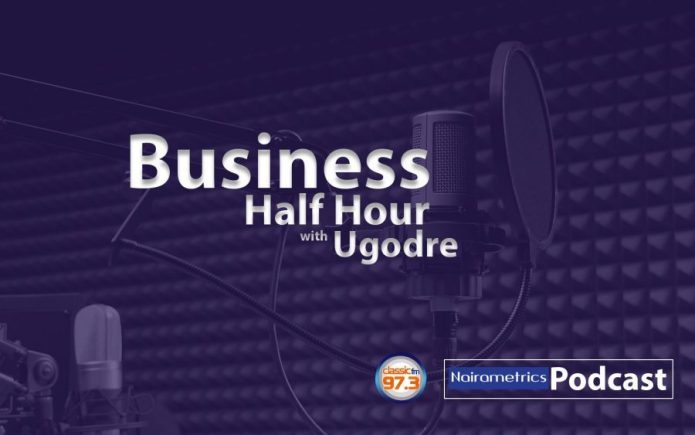 We wanted to help users pay themselves first – Piggyvest

In a chat with Nairametrics, Joshua Chibueze talked about the idea that sparked the birth of PiggyVest. Imagine that you put all your money in one jar, and all your bills in another jar. Chances are that the jar of bills is the one that would never run dry.

Month after month, people spend a huge percentage of their income on living expenses from rent to food, transportation, utilities, and the likes. More often than not, they forget to set aside a little money for themselves. Simply put, they pay everyone else but themselves.

This was the concept around which Piggyvest (formerly Piggybank) was built. Speaking at the Nairametrics Business Half Hour show, Co-founder of Piggyvest, Joshua Chibueze, said that the purpose of Piggyvest was to help people create an automated system, where they could pay themselves first, by setting aside a fixed amount or percentage, before making other expenses.

On the last day of December 2015, a lady posted a tweet that went viral. The tweet detailed how she had saved N365,000 by faithfully setting aside N1000 in a wooden piggy bank every day of the year. According to her, she ensured to pay herself, by setting aside the sum before making any other expense.

As people continued to share the post and comment about how they might not have the discipline to accomplish it, Joshua and his team (Odunayo Eweniyi, Somto Ifezue, and others, who were working on PushCV at the time), decided to find a way to digitize the process, so salary earners and the self-employed could also set aside money for their personal projects and financial goals. They sampled thoughts from some of their PushCV clients and found it was a concept many would really be interested in.

Three weeks later, the first version of Piggybank had been launched, although it took till April 2016, before the fully tested version was ready for use.

“It was not all easy because we were trying to do something no one had done in Nigeria. The other companies doing something similar were outside the country, so all we had to rely on was the customer feedback.”

No member of the team had any banking experience, so building the app was a total reflection of customer feedback and user experience. Notwithstanding, they understood that people were concerned about the security of funds; hence, they gradually progressed to the use of bank-level security to ensure against hacking.

In subsequent years, the team added an extra layer of security with a two-factor authentication preventing transactions, unless the user could provide the password and the answer to the security question.

Other steps include; SMS verification instead of email verification, as e-mails are more susceptible to hacking than mobile numbers.

At the outset, the intention was to get to the first 1000 users. “We felt that if we could get to 1000 users, it would be worth it. We ran on our funds and did not make any money in the first year, because we were still trying to understand our users and find our feet,” he said.

After successfully helping users save 21 million in the first year and over 70 million in the second year; the company attracted investors, and by 2018 they had secured a $ 1.1million round in seed funding. This came as a plus, because the business had grown organically at the time, and was already profitable enough to sustain its operations.

Piggybank first partnered with a couple of Microfinance banks, before partnering with a Commercial bank. In 2018, they raised some $1.1million from investors and acquired a microfinance bank license, a money lenders license, and a cooperative license, allowing them to operate a Trustee agreement with an external asset manager.

There are products tailored for different reasons, so people trying to establish their savings culture could go for an option that allows them to save consistently, and withdraw once in a quarter. There are also options that could allow users to steadily build an investment culture, and others meant for people saving towards a project.

In April 2019, the company rebranded and became Piggyvest. It currently serves over a million users, helping them save and invest “billions of Naira every month that they would probably be tempted to badly spend.”

The more interesting part is that there are no fees for the services, but customers get to make some money, as Piggyvest splits the returns with customers; however, users may have to pay a 2.5% charge, when a customer withdraws his funds before the agreed date.

Financial institutions in Nigeria generally have to deal with the challenge of trust deficit among the customers, but this is even more for fintechs like Piggyvest. According to Joshua, despite taking added measures to secure customers’ funds, any delayed transaction tends to breed some distrust among the users, and the company has to deal with this by providing information.

“This is the reason why we don’t do more of marketing but prefer to let people sell us with their testimonies. Customers tend to believe more the testimonials from other satisfied customers, and this how we have gotten over 1.5 million users and improved customer trust,” he explained.

When the economy went into lockdown, the business showed itself to be pandemic proof, as savings improved after the initial shock. The remote working policy was introduced, so that even in the aftermath of the lockdown, operations continued unhindered.

“We are a customer-centric brand, and the feedback from customers is our motivation. We are out to give them the best experience ever,” he concluded.