“Our results reflect the progress made over the last few quarters and provides an indication of our expectation for the year. Now that our debt profile is down by 78% from $2.5billion  as of December 2014 to $558million currently, and our de-leverage program is 90% complete with most of our non-core operations divested for good value, we can now focus on steady growth in our upstream entity. With ICE Brent Crude Oil price currently at a decent level of USD74.48 per barrel, our efforts will be geared towards increasing our production to sustain profitability and position us on the path to resumption of dividend payment to our shareholders.”

Revenue for the period was N168.0 billion, an increase of 12% compared to the same period in 2018 (N150.6 billion) primarily driven by an 11% increase in production, and an 11% growth in traded volumes compared to prior year.

Operating Profit for the period was N17.1 billion, an increase of 15% compared to the same
period in 2018 (N14.9 billion). This was primarily driven by higher revenue as well as the profit realized on the disposal of our residual interest in Axxela Limited.

Profit-After-Tax for the period was N4.6 billion, an increase of 11% compared to the same period in 2018 (N4.2 billion). This was primarily driven by a 15% increase in Operating Profit.

Oil prices have recovered to over $74 per barrel as at the end of April 2019 after reaching a low of just over $50 per barrel at the end of 2018. We expect prices to remain at their current levels in the near term.

As a business, our focus will be largely on driving profitability via growth in our upstream
business and achieving further reduction of borrowings.

In the upstream, we will pursue production growth initiatives through strategic alliances, whilst ensuring operational efficiency and fiscal prudence. We will also continue to work with our partners to achieve cost optimisation on our Joint Venture operations, ensuring the gains from higher revenues are not lost to increasing operating costs.

Our trading business’s primary focus will be geared towards growing our existing market share in Nigeria while leveraging on our relationships with international financiers. The spread of novel Corona Virus Disease (COVID-19) in Nigeria continues to rise as the latest statistics provided by the Nigeria Centre for Disease Control reveal Nigeria now has 11,844 confirmed cases. In terms of activity levels, market activity mirrored the broad index as total volumes and values declined by -20.61% and -52.51% to 214.49 million units and 2.51 billion respectively. ZENITH BANK was the most traded stock by volume at 22.2 million units, while NB topped by value at N666 million.

READ ALSO: List of Dividends announced so far in 2020 (June)

With the reappointment, Danbatta will continue serving in the capacity of NCC Vice Chairman and CEO for another 5 years. 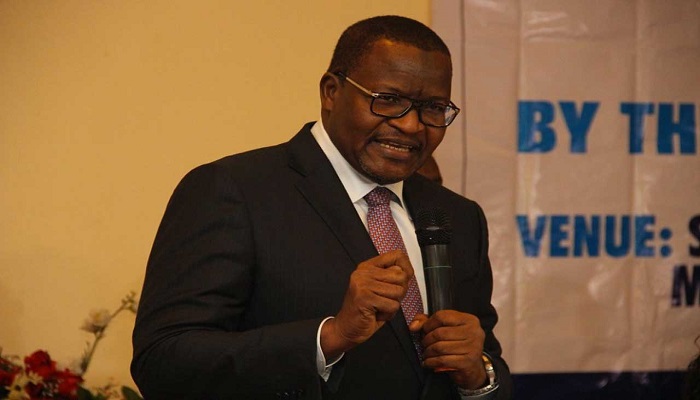 This means that Danbatta will continue serving in the capacity of NCC Vice Chairman and CEO for another 5 years.

Personal assistant on New Media to President Muhammadu Buhari, Bashir Ahmad announced this via his twitter handle on Friday evening.

President @MBuhari has approved the reappointment of Prof. Umar Garba Danbatta as Executive Vice Chairman of the Nigerian Communications Commission (NCC). He will be serving another 5 years as the Chief Executive Officer of the Commission, a statement from @FMoCDENigeria.

This reappointment was based on the recommendations of the Honourable Minister of Communications and Digital Economy, Dr Ali Ibrahim Pantami, and contained in a Press statement from the ministry.

While wishing him well in his second tenure, Pantami urged Professor Danbatta to consolidate on gains and achievements of his first term.

“The honourable minister directed him to significantly improve on the overall performance of the commission as well as ensure that adequate mechanisms are put in place to facilitate the implementation of all policies of the Federal Government through the ministry” the statement read.

The professor of Telecommunications engineering had lectured for about three decades before his previous appointments. At different times, he also served as a member of the Implementation Committee of the Northwest University Kano, as well as served as the Acting Vice-Chancellor of the Kano University of Science & Technology, Wudil.