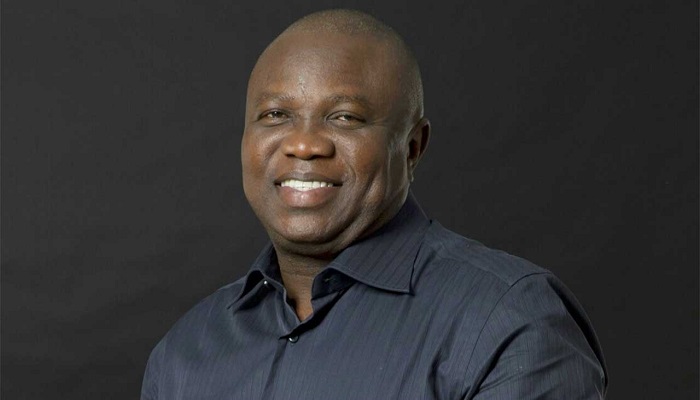 In its bid to increase the revenue base of the state, the Lagos State House of Assembly has mooted a review of the current land use charges.

The bill to actualize the amendment went through the second reading at plenary.

The Speaker of the assembly, Rt. Hon. Mudashiru Obasa, condemned the existing situation where a few consultants working with the state government collect land use charges.

He said: “We need more consultants to do the job, so that the entire state could be covered in the collection. A tribunal would be set-up to deal with offenders, with the support of the state government.”

“On the issue of exemptions, we cannot exempt religious organisations, because most of the worship centers are making money. We can only exempt Non-Governmental Organisations (NGOs).”

Earlier, the Majority Leader of the House, Hon. Sanai Agunbiade, explained that the Bill would repeal the existing law on land use charge.He added that it would prohibit the application of other relevant laws relating to land use.

Also, the Deputy Speaker, Mr. Wasiu Eshinlokun-Sanni, restated that the bill would help to increase the revenue of the state.

In also supporting the bill, Hon. Gbolahan Yishawu urge provisions to be made for the approval of the assembly, especially in enforcing the collection of the charges.

He lamented that only about 300,000 houses are paying land use charges in a state with about two million houses.

The Lagos State Land Use Charge (LUC) is a consolidation of all property and land based rates and charges payable under Lands Rates, Neighborhood Improvement Charge and Tenement Rates Laws of Lagos State.

The Land Use Charge derives its legitimacy from the Land Use Charge Law No. 11, of 2001. It was designed to help the government generate additional revenue needed to develop the state in the light of increasing demand for provision of urban and rural infrastructure and other expenditure

The modus operandi of the law has generated controversies over the years and some residents of Lagos are still confused as to what the land use charge is really about. Properties that are exempted from the operation of the law are:

However, this exemption will only be granted where an application for exemption is made to the State Commissioner for Finance. However, trading activity was lower as evidenced by a 18.01% decline in volume of equities traded to 155.52 million units, while the value of trades also fell slightly by 6.60% to N2.60 billion. GUARANTY was the most traded by volume and value at 19.72 million units and N413.8 million.

Market sentiment, as measured by market breadth, was negative as 18 tickers declined, relative to 17 gainers. REDSTAREX and PZ were the top gainers of the day with 9.76% and 5.00% price appreciation, while OKOMUOIL and UNILEVER topped the losers with 9.95% and 9.78% depreciation in share value.

The sectoral performance was mixed as two of the five indices closed higher, while the other three closed the day in the red. The Banking Index (+0.92%) led the advancers, followed distantly by the industrial Index (+0.09%).

Nigerian bourse finished on a bullish note triggered by AIRTELAFRI, BUACEMENT. Nairametrics envisages market volatility will increase in the coming days as earning results are scheduled to come out.

The fund is expected to help Novavax start a final-stage study of its vaccine candidate. An American Vaccine Development Firm, Novavax Inc, one of the front runners in the race to develop a vaccine for COVID-19 treatment, will receive $1.6 billion funding from the United State government to support large scale manufacturing of coronavirus vaccine.

This represents the biggest contribution to the ‘Operations Warp Speed Program’, a public-private partnership initiative by the US government, to facilitate and accelerate the development, manufacturing and distribution of COVID-19 vaccines, therapeutics and diagnostics.

Novavax in a statement said that the funds will allow the biotech firm to conduct advanced human studies and engage in manufacturing to deliver 100 million doses as soon as late 2020.

Novavax is among the companies trying to develop a vaccine against the novel coronavirus that has developed into a pandemic and spreading rapidly in countries like US, India and Mexico. The Operation Warp Speed Program has supported efforts of firms like Pfizer Inc, Johnson & Johnson, Moderna Inc, AstraZeneca Plc and Merck & Co, to get doses of the vaccine as early as possible.

The fund is expected to help Novavax start a final-stage study of its vaccine candidate before the winter period, with as many as 30,000 people.

Novavax, had earlier secured as much as $388 million in May from the coalition for Epidemic Preparedness Innovations, the single largest contributions from the organization at that time. The biotech company’s vaccine candidate is to provoke the production of antibodies that prevent the spike protein which the coronavirus uses to infect host cells.

According to the World Health Organization (WHO), drug manufacturing firms and university researchers are investigating more than 140 experimental vaccines. Moderna, Pfizer and the University of Oxford, in collaboration with AstraZeneca, are among the companies and institutions that have started studies of their vaccines in healthy patients.

The administration is seeking ways to decongest the heavy Lagos traffic and using inland water transport. The Managing Director of the Lagos Ferry Services Company (LAGFERRY) Mr AbdoulBaq Balogun says the company has a target of transporting 480,000 people daily on the waterways of Lagos State.

He made the comment in an online show called ”Covinspiration”.

He said, “As at June 30, we had operated for 77 days on inland waterways and moved 60,000 passengers”. Revealing that the company had 14 boats and was making efforts to expand operations with bigger ferries with the involvement of private investors.

Adding that the administration is seeking ways to decongest the heavy Lagos traffic and tapping into the potential of inland water transport.

“With about 1.6 million people moving on Lagos roads every day, we are being tasked with the responsibility of ensuring that we move at least 30 percent of these motorists off the roads through the waterways.

“Mr Governor is focusing his energy on ensuring a multi-modal transport system with the abundance of water bodies we have. We are moving people and goods on pleasant experience through the inland waterways,” he said.

He said the company operates in all the 40 inland waterway routes, and expanded operations will decongest traffic from in the on Lekki Epe Expressway, Ikorodu road,  the Third Mainland Bridge and Lagos-Badagry Expressway

The managing director said that traffic congestion on Lekki Epe Expressway, Ikorodu road, the Third Mainland Bridge, Lagos-Badagry Expressway would be minimized with LAGFERRY operations in those six routes.

“We have not reached our peak and we are yet to get to the optimum operational level. We want to expand the services of LAGFERRY to other routes and enhance productivity,” he said.