Abu Ibrahim, an APC Senator is of the opinion President Buhari is not sick, but tired. Despondent as it were, by all the socio economic issues ravaging the country. While the senator’s attempt to douse the tension is understandable, he appears to be out of touch with current realities. 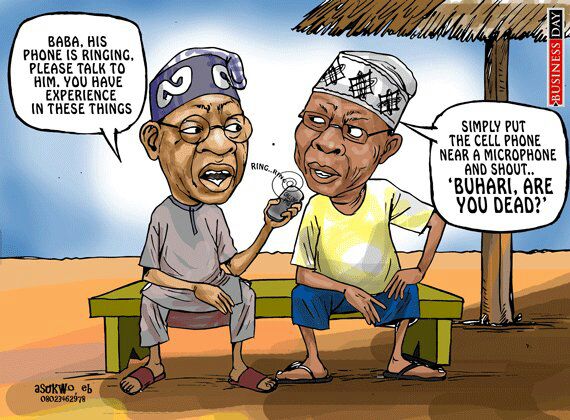 The job of a president is a tasking one all over the world. President Buhari knew this clearly before he ran for office. Having contested severally, he must have had a clear idea of the job ahead. As part of the requirements, one is expected to be of sound health and mind. A leader cant be tired of the nation he is leading. Especially in challenging times as this. A leader must motivate and inspire his followers.

Citizens of this great nation are also tired. Tired of the lethargy surrounding this administration. Which is strange, considering the economy is in a recession. However tired Nigerians are, they continue to toil daily for their upkeep. We expect the President and his team to do the same.

That the president has to travel to London over 55 years after Nigeria gained independence from Britain to seek both medical attention and to rest, shows the sorry state of the nation. It also means his administration has done a poor job in the health sector. Despite the billions allocated year in year out. If the president is exhausted by the demands of his job, then he should reconsider his position