by Kalu Aja
in Op-Eds, Spotlight 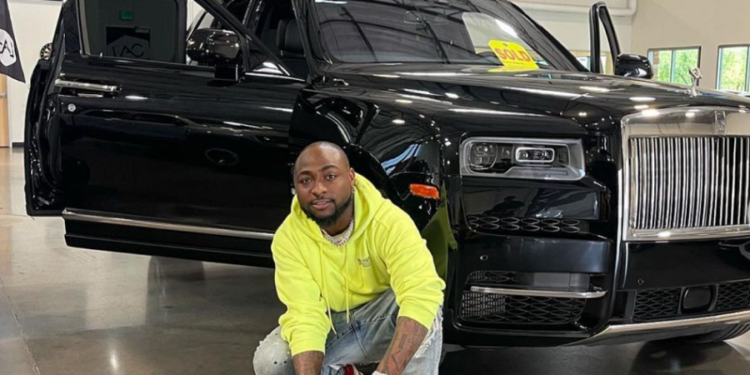 Last week, I read how Davido, a global music star, jokingly asked for donations to clear his luxury Rolls Royce car from the Lagos port. That story may be an exaggeration, but it does provide a backdrop to discuss fiscal federalism in Nigeria. Fiscal federalism is the assignment of revenue collections and spending powers between the federating units.

Who gets the cash paid as import duties if Davido, from Osun State in Nigeria’s Western Region, imports a Rolls Royce into Nigeria and pays import duties? The State? The Federal Government? Who?

How much is paid to import a Rolls Royce to Nigeria?

The lowest cost of a 2021 Rolls Royce Cullinan 4 door SUV AWD comes with a manufacturer’s suggested retail price of $300,000. We summarise from the internet that Mr. Davido did upgrade his Roys Royce. Thus a rumoured price of about $500,000 is appropriate. With the exchange rate at the NIFEX of about N413.09, that’s about N206.54m

How much will Davido pay to Nigerian Customs?

According to the Nigerian Customs Service, Mr. Davido will pay an import duty of 35% plus a 5% levy charge for new luxury vehicles imports into Nigeria. The total cost will include the cost of the car, insurance paid, and Freight (CIF). Thus the imported Rolls Royce will be taxed on the car’s invoiced price, plus shipping and insurance. There will also be a 7.5% Value Added Tax (VAT) on the CIF value of the import. To keep it simple, let us assume a total cost plus shipping and insurance at $500,000.

A table capturing the total costs would look like this

Table 1. estimates a cost of about N98 million to import a Fully Built Unit (FBU) of 1 Rolls Royce Cullinan worth about $500,000 into Nigeria. However, suppose Mr. Davido had imported a Semi Knock Down Rolls Royce, intending to assemble same in Nigeria, by setting up an assembly line. In that case, he could have paid a 10% duty with no 5% surcharger. This is because the Federal government’s trade policy seeks to capture value addition in Nigeria, thus lowering imports that will lead to local job creation.

Where do the Rolls Royce revenues go?

Both agencies will deduct a fixed charge for collecting taxes on behalf of the Federation from the gross revenues. The Nigerian customs deduct 7% of the gross collections, while the FIRS deducts 4% of gross VAT collections.

Infographic 1: The Flow of Revenues

Our new table will now look like table 2. A total of N6,415, 560.63 is total collections to Customs and FIRS and flows to the Consolidated Revenue Fund.

How are the revenues shared from the federation account?

Nigeria has two lanes for revenue sharing. The Vertical formula describes how revenues are shared among the federating units of the Federal Government, the State, and Local Governments. The most recent review of this formula was in March 2004 via an Executive Order and subsequent letter from the then Minister of Finance Ngozi Okonjo Iweala.

The horizontal sharing formula indicates how the revenues in the Consolidated Revenue Fund are shared according to the States and LGA, according to the principles of Equality, Population, Internal Revenue, Landmass, Rural roads, Inland Water Way, Education, Health and portable water.

Using this infographic from the Statisencet, the Federal Government will get the bulk of the import duties paid by Mr. Davido.

How much will Osun State receive?

States in the Federation will get N55.18 million to share amongst themselves. How much will Mr. Davido’s home State of Osun get? Hard to tell; Nigeria’s gross allocation metrics are a mystery to me. Osun State, with 30 Local Government Areas, gets less in Gross Statutory Allocations than Zamfara State with 14 local governments, even though Osun State has a higher population than Zamfara. by VAT, however, Osun, gets more than Zamfara in gross allocation.

Perhaps Mr Davido would be better advised to do a gofundme campaign and set up a Rolls Royce assembly plant in the proposed FTZ in Dagbolu, Ifelodun LGA of Osun State. An inland port is planned for the free trade zone as well. Mr. Davido can then import Completely Knocked Down (CKD) Rolls Royce at only 10% of the import duties to the inland port, assemble, and sell. Perhaps that is a bridge too far, but for now. Hey! It’s a plan.