ASUU issues 3-week ultimatum to FG as another strike looms 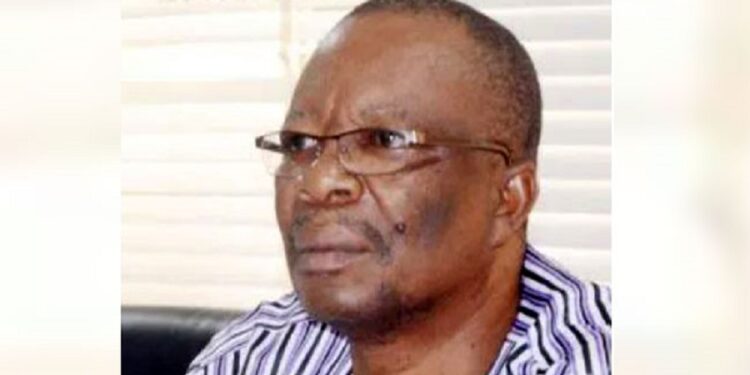 In what appears like a prelude to industrial action, the Academic Staff Union of Universities (ASUU) has issued a three-week ultimatum to the Federal Government to address all issues in the December 2020 Agreement.

The new development is coming after several threats of strike action had been issued by the leadership of ASUU in the past few months over the allegations of the non-implementation of their agreement with the federal government in December 2020.

This was made known by the ASUU President, Professor Emmanuel Osodeke, while addressing journalists on Monday, November 15, 2021, in Abuja.

FG moves to stop another ASUU strike, meets with union on Monday

Read: FG accuses ASUU of refusing to reciprocate its offers

The ultimatum given by ASUU is part of the resolution reached at the National Executive Council (NEC) meeting of the Union held in Abuja.

According to Channels, Osodeke warned that the Union might be compelled to embark on another nationwide strike should the government fail to implement the Memorandum of Action signed with ASUU prior to the suspension of the last industrial action.

The ASUU President revealed that the federal government is yet to address all the issues, including those of unpaid academic earned allowances and the universities revitalization fund almost one year after an agreement was reached.

Read: ASUU explains why it is against reopening of universities

Recall that ASUU embarked on a strike action in March 2020, following its disagreement with the Federal Government over the funding of the universities and implementation of the Integrated Payroll and Personnel Information System (IPPIS), which according to the Union, negates the autonomy policy for the universities, among other issues.

ASUU called off its 9-month old strike in December 2020 after the Federal Government agreed to some of its conditions which includes the deployment of University Transparency and Accountability Solution (UTAS) software for payment of its salaries and allowances.

Read: ASUU: FG moves to register a rival union, to decide in December

However, reports suggest that almost a year after the conditional suspension of the strike embarked upon by ASUU, the Federal Government allegedly has been unable to meet the agreements.

The federal government, as part of the agreement for the suspension of the strike, offered a cumulative N65 billion to the lecturers to address earned academic allowances and revitalisation of universities.

ASUU issues 3-week ultimatum to FG as another strike looms