by William Ukpe
in News, Spotlight 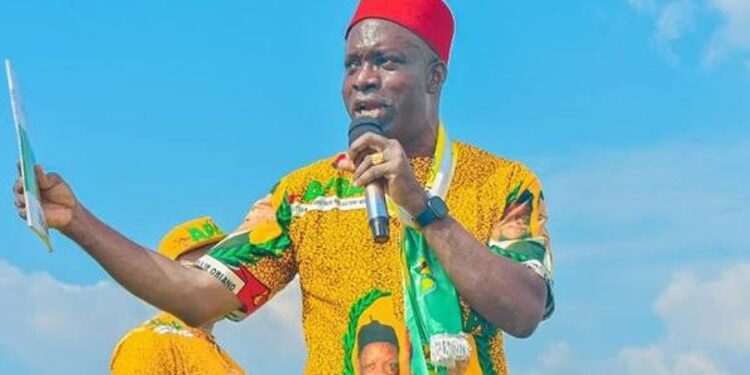 Prof. Charles Chukwuma Soludo, the newly elected Governor of Anambra State revealed that in his first year in office, he plans to collaborate with other states to make Anambra an industrial hub in West Africa.

Soludo, a former Governor of the Central Bank of Nigeria disclosed this in a press statement after his victory was endorsed by Independent National Electoral Commission (INEC).

He stated that he accepts the results of the 2021 Anambra Governorship election as declared by INEC, which reflects the supreme will of the almighty God, and an overwhelming sacred mandate of the people.

What Charles Soludo is saying

Speaking to the people of Anambra State about his plans, Soludo said, “Despite your deep reservations, you still allowed and supported me to step out in the service of our people. As I promised, I will work hard every day never to disappoint you.

“At this moment, we must remember and will continue to remember all those who died in the course of this movement, especially the three policemen who were killed by unknown gunmen during our town hall meeting with youths in my ward.

He praised the Anambra spirit of solidarity and urged that residents keep the “spirit of Anambra” alive and strong, declaring that he will work every minute of the day to make the residents proud of him.

On Economic policies as Governor, he stated that he will need the guidance, advice and contribution of everyone to succeed, as the state is one with infinite possibilities and humongous opportunities.

“Working in collaboration with other states, the federal government, and the international community, we have all that it takes to make our state whatever we collectively will that it can be.

“As we transit to a post-oil world and into the 4th Industrial Revolution, let us work together to build upon the foundations of our founding fathers and predecessors to create that livable and prosperous homeland that is the industrial, technology and leisure hub of West Africa,” he said.

He said that would be the state’s manifest destiny, and urged that collectively, the state can achieve its goals.

Nairametrics reported earlier that Professor Charles Soludo was declared winner of the Anambra state governorship election with a total vote of 112,229, Soludo defeated his closest rival, Valentine Ozigbo of the PDP who scored 53,807 votes, after a total vote cast of 249,631.