by Chike Olisah
in Economy & Politics 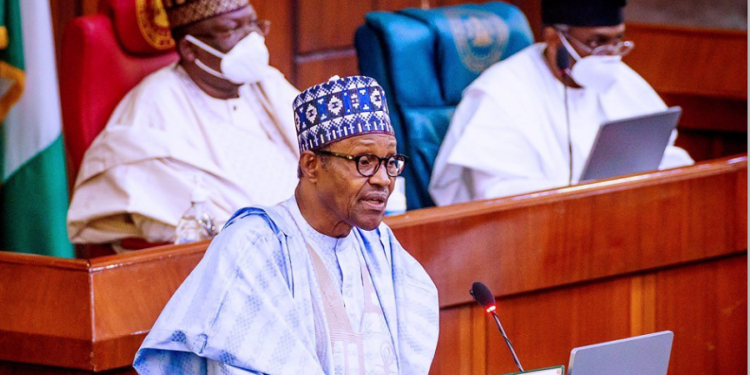 The upper legislative chamber also approved a grant component of $125 million as requested by the current administration.

The senate specifically approved the issuance of €500,000,000 from the Bank of Industries and €750,000,000 Eurobond in the International Capital Market. It, however, asked the President to forward the terms and conditions of the loan from the funding agencies to the National Assembly

The loans are to be funded by the World Bank, China Exim Bank, industrial, and commercial banks as well as African Development Bank (AfDB) among others.

The red chamber gave the approval on Wednesday, following the consideration of the report of the Senate Committee on Local and Foreign Debts, which was presented by the Chairman of the Committee, Senator Clifford Ordia.

Ordia, while presenting the report, said the projects which funds are requested for in the 2018-2020 borrowing plan are ongoing adding that they will result in a rebirth of commercial and engineering activities and the consequent tax revenues payable to Government as a result of these productive activities will increase.

The Senator said the committee found as a fact that out of a sum of over $22.8 billion approved by the National Assembly under the 2016-2018 external borrowing rolling plan, only $2.8 billion, which is 10% has been disbursed to Nigeria.

Recall that President Buhari had in September submitted to the National Assembly, a request for approval to obtain fresh external loans of $4.054 billion and €710 million (($$839 million).

Buhari also sought for the federal legislature’s approval for grant components of $125 million in the 2018-2020 external rolling borrowing plan.

The President had on May 18, 2021 sought the approval of the Senate to borrow a $6.18 billion external loan to finance this year’s N5.6 trillion budget deficit.

Some concerns have been raised from some stakeholders including economic and finance experts, over Nigeria’s rising debt profile.

The main opposition party, the Peoples Democratic Party (PDP), had accused the current administration of borrowing to finance the corrupt lifestyles of its leaders and their cronies.

However, in its defence of President Buhari’s borrowing plan, the ruling party, the All Progressive Congress (APC), said that the president’s loans are for budget financing and not for looting as done by PDP.

The party explained that the regime was seeking additional loans to finance critical projects in order to stimulate the economy and create jobs in the nation’s interest.