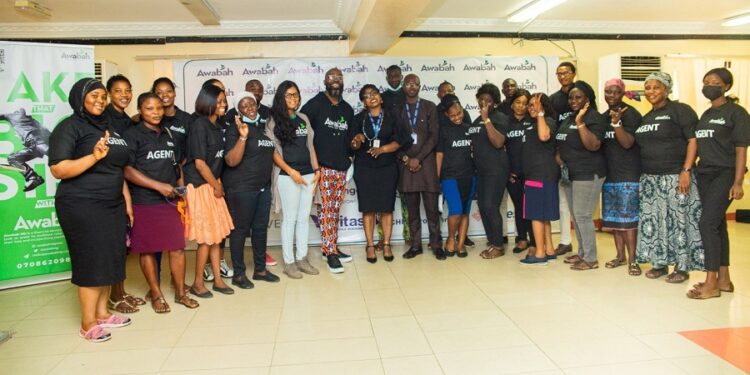 The initiative, which was held on Monday, November 8, at the Lagos Chamber of Commerce Conference Center, saw Awabah partner with the Lagos State Employment Trust Fund (LSETF) to recruit these agents.

The agency micro pension scheme is a driver of Awabah’s audacious goal of signing up 150,000 new users in the next 12 months. This initiative is built on Awabah’s referral system, which rewards users of the platform when they refer new enrollees.

The agents who reside in various parts of Lagos state, were trained on the benefits and dynamics of micro pension and were registered in the scheme.

Launched in November 2020, Awabah set out to seamlessly register members of Nigeria’s informal workforce who otherwise would not have had access to structured retirement savings into the micro pension scheme by partnering with Pension Fund Administrators (PFAs). So far, Awabah has established operations in Lagos and Ibadan and has registered over 5000 users in the scheme.

Tunji Andrews, a seasoned financial inclusion advocate and the chief executive officer of Awabah, said, “the company believes that the best way to get the grassroots involved in retirement planning is to get community members to onboard their communities.” He further emphasized the need to take the solution to the people, as “most informal workers do not have access to or utilize sophisticated technology.”

According to Tunji Andrews, “the event is the first of many collaborations as Awabah is set to enroll 150,000 new users in the next year.”