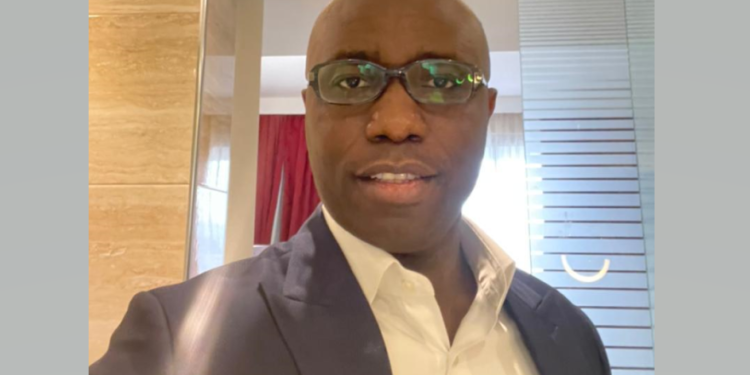 In a recent episode of JJ Omojuwa’s Culture, Saints & Sinners podcast (CSS Pod), CEO of Bluechip Technologies – a data management system company – Kazeem Tewogbade opened up like never before about his background, problems associated with the Nigerian Tech Industry and what the future holds for the fast-rising sector.

Talking about the potentiality in the Nigerian Tech industry, Tewogbade noted that one of the problems with the industry is Nigerians not being natural risk-takers. Omojuwa cited poor educational facilities and lack of manpower as other problems related to the sector to which the Bluechip boss disagreed, stating that the huge gap in manpower is a systemic problem.

“Computer science department at the University of Ibadan is much more equipped. The input from lecturers and professors is good but there aren’t enough discussions to arouse interest to succeed in people,” Kazeem explained. He also stated that lecturers in his alma mater, the University of Ibadan noticed that although the school has better equipment and facilities, each set of students is different implying that their motivations are different. Kazeem finally identified lack of self-motivation as the issue saying, “Our youths are our engine but self-motivation is the problem. Youths need to see that there’s a reward in hard work and not be deceived by social media.”

Tweogbade believes that as a leader in African tech, Nigeria has a pool of talent and skills but could do much better. He believes companies like Bluechip Technologies are only just scratching the surface. “I think all the players need to come together and blend execution …There are some things you want to speedily execute but the government would come in and cork”.  He believes the majority of the work will be done by a private set of people.

Agreeing with Omojuwa on profit and capitalism moving the world forward, he says, ‘’We’re many in Nigeria. There’s an opportunity to supply the world with manpower.” He stresses start-ups as a large factor and mentions the role of Bluechip Technologies in all of it. For instance, the company has created Leadpath, a venture capital that has incubated companies like Piggyvest and funded others like Paystack, Pushcv, and many more.

‘’From a close shot, you see a booming space, but you take a step back and it’s not much of a booming space as it is a foundation of something even bigger to happen,’’ Omojuwa states.

Tewogbade was quick to mention that there are problems in several areas such as logistics and agriculture but start-ups are not seen sprouting from them. “And these problems can only be solved when productivity is stimulated. The government would have to step aside and let individuals do it. That’s when we’d see the ingenuity and the power of Nigerians.”

Tewogbade is hardly in the news even though his company is breaking ground, Omojuwa noted. It’s as though it’s ‘’deliberate’’. To this, Tewogbade says he is “media-shy’’ and has set a bar so high for himself that he doesn’t think he’s got anything to celebrate yet.

On where he sees Nigerian tech in 2030, Tewogbade says he sees a shift.  “Individuals would be the centrepiece and that would enable the government to be futuristic and governance improved.”  He also believes the government would play the role of observation when Nigerians take the centrepiece, just like it is done in developed countries.