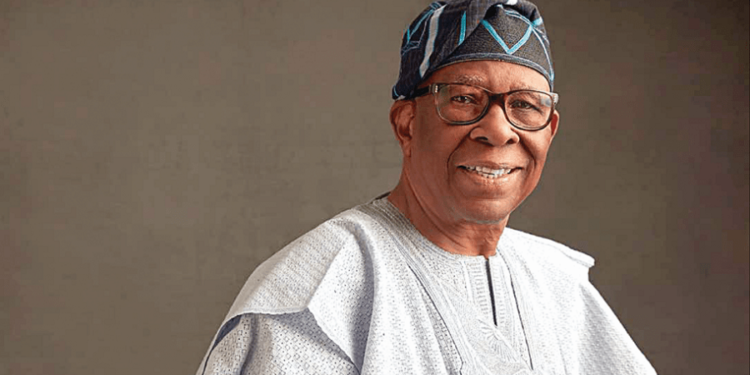 The founder of Elizade Motors and Elizade University, Chief Michael Ade-Ojo, has denied selling the land of the collapsed Ikoyi building to the Vice President, Professor Yemi Osinbajo.

The reaction from Ade-Ojo follows an online media report from Sahara reporters, which alleged that the land where the collapsed high-rise structure was built, was sold by him to Yemi Osibajo, shortly after he became the Vice President.

This disclosure is contained in a statement that was issued and personally signed by Chief Michael Ade-Ojo, on Thursday, November 4, 2021.

Ade-Ojo, however, stated that he owns the property next to the collapsed building adding that he has not sold it and does not intend to sell it to anyone.

What the Founder of Elizade Motors said in the statement

The statement from Chief Michael Ade-Ojo reads, “It has come to my attention that a publication by the online news website, Sahara Reporters is in circulation, claiming that I owned the land on which the high-rise building in Ikoyi that collapsed earlier this week was built.

“Both claims are outright falsehoods. I hereby state that I do not own and never held title to the said property.

“In addition, I did not sell any property to the vice president at any time whatsoever.

“To be clear, I own a property next to the said building, which I have not sold and do not intend to sell to anyone.”

Recall that on Thursday, Sahara Reporters in a report, linked Vice President Yemi Osinbajo to the collapsed uncompleted 21-storey building in Lagos State.

The online media platform had claimed that the Vice President has a lot of properties in the area and is using his brother to manage the properties.

It also claimed that the developer, Femi Osibona, was only fronting for him adding that the Vice President intervened when the building was sealed off earlier.

However, in a response, Vice President Yemi Osinbajo, denied the allegation, which he described as sponsored falsehood. He said he does not own and has never owned the said land.