by Op-Ed Contributor
in Columnists, Opinions 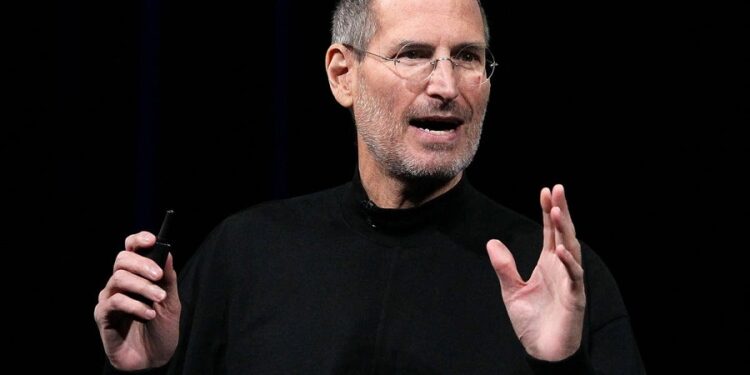 For every battle of the warrior is with confused noise – Isaiah 9:5 KJV

On the 19th of August 2020, several news houses reported that Apple just crossed the $2 trillion market capitalization mark, becoming only the second company ever to do so. Apple Inc is definitely a heavyweight in the corporate world today. They occupy a prestigious position many companies only dream of. What began at a garage in California is today the most profitable company in the world with devices, services and ethos interwoven into much of modern daily life. Apple touches the lives of several people around the world in magnificent ways today, giving real meaning to life. That is the true meaning of business, to touch people’s lives in an exceptional way while making profit out of it.

Not many however can easily remember that Apple almost signed for bankruptcy just 24 years ago. Things got so bad for Apple that every analyst report indicated that Apple was definitely out of the game. As a matter of fact, Dell CEO, Michael Dell responding to an interview on what he would do if he was the Apple CEO, said he will shut the whole thing down!

But Steve Jobs who just returned to Apple as CEO after he was forced to leave the company in 1986 didn’t think so. He thought Apple could not only survive but lead the market. In a 1998 interview after Steve Jobs has saved Apple, he said his next move was to wait for ‘the next big thing’. This next big thing as it turned out was a chaos that overtook the music industry about the same period. His ability to see through the pattern in the chaos gave him the edge to dominate the market. The chaos was his profit.

Market leadership requires an understanding of your Industry and a unique positioning within the industry which gives the business the ability to create and capture value. As long as the industry structure remains unchanged and the business understands and executes their strategy effectively, the business will profit. If the business has a superbly unique business approach, it could lead the market.

But in highly competitive markets as many are today, designing and sustaining a unique position in any industry isn’t a simple task. It takes a more-than-casual knowledge of strategy. It takes the executives committed to results rather than excuses, blames and complaints. It takes the rare ability to recognize value lapses, competitive loopholes, industry structural imbalances, competitive myopias, strategy gaps, tactical errors and the ability to leverage on them.

This was Steve Jobs advantage. He had the ability to see through the chaos in the music industry. He understood that the case in the industry wasn’t about piracy as the stakeholders saw it, but about a structural imbalance created by disruption in technology. He knew that managing that imbalance was the key to victory, not court cases. The .mp3 technology had given too much power to music buyers, so reconceiving value delivery in the industry was key to leading the market. He was right, his ‘next big thing’ was here and he leveraged it so well. His response to this chaos was the iPod and iTunes store and they spelt the beginning of Apple’s market leadership.

In ‘Art of War for Executives’ Donald Krause wrote, ‘direct attacks generate emotion. For this reason, develop certain devices which can be used to refocus attention.’ Chaos is among the top tools that can get people hyper-focused. During chaotic situations, a great number of the stakeholders enter into what Wesley Wells called waking trance in 1924 and it refers to the concentration of attention on something. It means being hyper-focused on a subject to the exclusion of everything else.

Times of heightened focus are great moments for awakened executives because they know how to leverage them to their competitive advantage.

The key is to do your own thinking independently. You can’t even rely on the media and research institutions to understand what is happening because their being compromised might be the real strength of the chaos. In times of chaos keep Newton’s words in mind, ‘an object either remains at rest or continues to move at a constant velocity, unless acted upon by a force.’ So an industry structure will remain at rest or continue to move at a constant speed unless acted upon by a force.’ This force will disrupt the state of the industry and give only those who understand it an unfair advantage over the rest of the competition. Your job is to see things beyond how they appear to what they really are.

Dr Brian Reuben is one of the most sought after thought leaders on the subject of Strategy in Nigeria. He speaks at business events globally. He has advised and mentored senior executives in several organisations around the world.