by Ajalogun Hakeem
in Sports, Spotlight 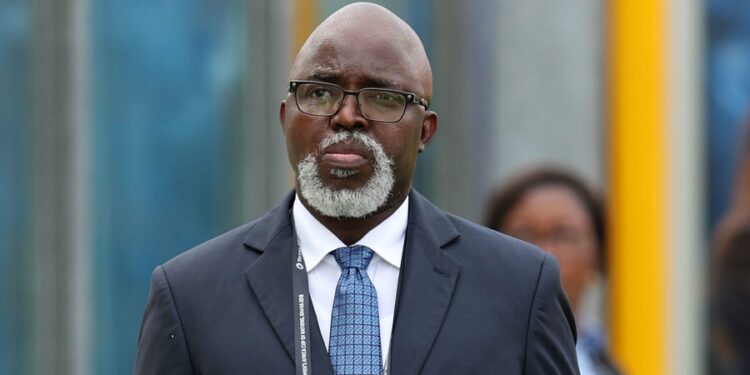 The President of the NFF, Amaju Pinnick announced this yesterday in a chat with Arise TV.

Constitutional amendment: We cannot sacrifice quality on the altar of speed – Hon. Kalu

“Today, we are going to be signing a sponsorship deal with them that’s about N400 million for the next three years initial and then renewable. It’s something huge.

“At the end of my tenure, I want to see Nigerian football 100 per cent self-funding without involving government; of course, we thank the government for the past support.”

The sponsorship agreement to be signed with the Premier Lotto would initially last for three years and then renewable for another year.

Pinnick also hinted at another sponsorship agreement with a bank which will be disclosed on the 18th of September. However, the contract will be strictly player based.

“With the signing of Baba Ijebu today, I believe we are at 90-92% of self-funding. And the big one is coming on the 18th of this month. If everything goes well, we will be signing another mega-contract with one of the best massive banks, but that one is strictly player-based: whereby players will have comprehensive insurance once they don the Nigerian jersey,” he said.

Yang Huiyan: The richest woman in China who made $2 billion in 4 days

Binance educates over 350,000 Crypto beginners in 2021, remains at the forefront of blockchain education