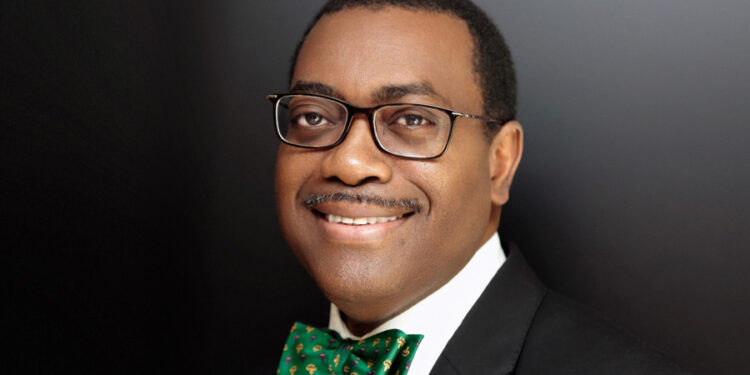 Speaking at Sahara Group’s 25th Anniversary celebration, Adesina emphasized the need for Africa to achieve universal access to electricity as soon as possible. He urged Sahara Group to sustain its role in setting industry standards for environmental sustainability, spearheading the transition to renewable energy, and accelerating affordable electricity access to low-income households and small and medium-size enterprises.

Olufemi Awoyemi leads talks as Thealvinreport.com convenes a session on the forex crisis

The African Development Bank Group’s Desert to Power initiative, which is geared towards building the world’s largest solar zone in the Sahel of Africa, covers eleven countries including Nigeria. The project, according to Adesina, is expected to provide electricity for 250 million people while generating unprecedented investment opportunities valued at more than $20 billion.

The AfDB President said private sector players such as the Sahara Group, should take advantage of these investment opportunities by providing centralized, off-grid and mini-grid energy solutions; and by taking advantage of Africa’s rapid digitalization and mobile payment systems that enable low-income customers to access electricity more efficiently, flexibly and cost-effectively.

“These present new, compelling and exciting opportunities for the Sahara Group to partner with development finance institutions such as the African Development Bank, to lift 600 million Africans out of energy poverty, provide renewable energy across the continent, and accelerate Africa’s energy transition,” Adesina said.

“Together, we must Power and Light up Africa. Since the African Development Bank Group launched its Light Up and Power Africa in 2015 when I became President, we have supported the access of 30 million people to electricity,” he said.

According to Adesina, the percentage of people with access to electricity in sub-Saharan Africa increased from 33 per cent in 2010 to 46 per cent by 2019. “While that is very encouraging, our collective challenge is achieving universal access to electricity within the next 10 years. This is critical to meeting the Sustainable Development Goals,” he said.

Established as an oil and gas trading company in 1996, Sahara Group has emerged as a leading international energy conglomerate with leading businesses in the upstream, midstream, downstream and infrastructure sectors in Africa.