Breaking: Ethereum within striking distance of $1,400

The Federal Government of Nigeria has empowered a total of 11,687 rural women drawn from 10 Local Government Areas of Imo State, with the sum of N20,000 each.

According to sources from the News Agency of Nigeria, the empowerment was carried out under the FG’s Conditional Cash Transfer programme.

The programme was launched in Owerri today by the Honourable Minister of Humanitarian Affairs, Disaster Management and Social Development, Mrs Sadiya Farouq, who called for judicious use of the funds to achieve government’s objective for disbursing it.

“This grant was introduced in year 2020 as part of Federal Government’s social inclusion and poverty reduction agenda. It includes the national aspiration of lifting 100 million Nigerians out of poverty in 10 years.

“Under the programme, a grant of N20,000 each will be given to more than 150,000 rural women across the country. The Federal Government enrolled 11,687 beneficiaries in Imo under the conditional cash transfer programme and they have received a total of N475 million in 10 Local Government Areas of the state.

“This programme will extend more help to some of the dearest citizens of our beloved country and we urge them to put it to effective use.”

Minister Sadiya Farouq has disclosed that President Buhari has approved the expansion of the NSIP. According to the disclosure by the Minister during the opening ceremony of the 4th annual review of the National Home-Grown School Feeding Programme, in Abuja, the FG hopes that the plan would lift 100 million Nigerians out of poverty in 10 years.

She revealed that the expanded NSIP would include an additional number of 5 million pupils in non-conventional educational settings in the National Home-Grown School Feeding Programme (NHGSFP), the Npower program is to create jobs for a total of 1 million beneficiaries; GEEP programme to provide loans to an additional 1 million traders, farmers and market people; and the Social Register is to accommodate an additional 1 million households.

President Buhari says that his government is fully committed to democracy and good governance in Africa. 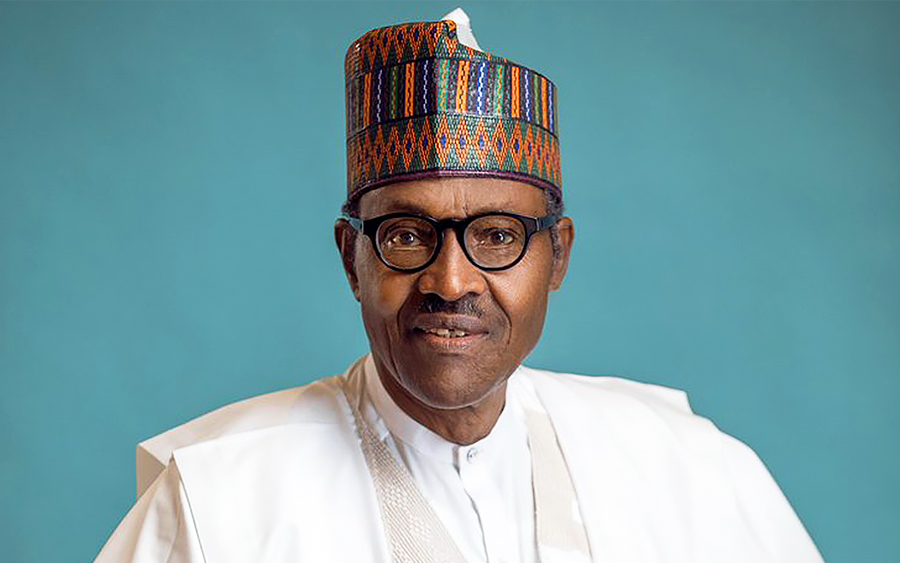 President Muhammadu Buhari stated that the Nigerian government is fully committed to democracy and good governance in Africa.

He disclosed this at the Virtual Support Mission and Signing of the Memorandum of Understanding (MoU) between the Committee of Heads of State and Government participating in the African Peer Review Mechanism in  Abuja.

He added that his administration has supported democratic ideals including Economic Diversification and Anti-Corruption as the main thrust of national change agenda, adding that “the totality of this strategy is premised on the promotion of democracy, respect for the Rule of Law and Human Rights, gender equality and by far the largest investment in social change in Nigeria’s post-independence history.”

On the peer review exercise, Buhari said that Nigeria learnt valuable lessons since the return of Democracy in 1999 and Nigeria’s participation in the review is “a firm demonstration of our belief in the dividends of democracy through this unique peer review system. We must stay the course and continue on this pathway to a peaceful, secure and more democratic Nigeria.”

President Buhari disclosed last year that Biden’s election is a reminder that democracy is the best form of government.

Telcos have submitted about 43 million NINs to the NIMC for verification in order to have them registered with their respective SIMs. Telecom operators have submitted about 43 million National Identity Number (NIN) to the National Identity Management Commission (NIMC) for verification, in order to have them registered with their respective Subscriber Identification Modules (SIMs).

This is as the Telecommunication companies said that they won’t block SIMs with unlinked submitted NINs as the deadline for the integration of NIN with SIM ends today, January 19, 2021.

This disclosure was made by the Chairman of the Association of Licensed Telecommunications Operators of Nigeria (ALTON), Gbenga Adebayo, who spoke on behalf of the telecom firms.

According to a report from Punch, the NIMC provided about 45 million NINs, as it registered about 2 million people in the last 1 month after the Federal Government ordered citizens to register their SIMs with valid NINs.

What the Chairman of ALTON is saying

Adebayo said that the NINs has been sent to NIMC for verification in order to ensure that the numbers were harmonized with their respective SIMs.

Adebayo pointed out that the responsibility is now that of the commission to educate the public on the number of NINs that had been verified and cleared for harmonisation with SIMs.

On whether the government would block the SIMs of subscribers who don’t yet have their SIMs registered despite submitting their NINs to their service providers, the ALTON chairman said such SIMs would not be blocked.

Adebayo said the penalty would be mainly for those who do not have the NIN and who were unable to deliver their NINs to their service providers.