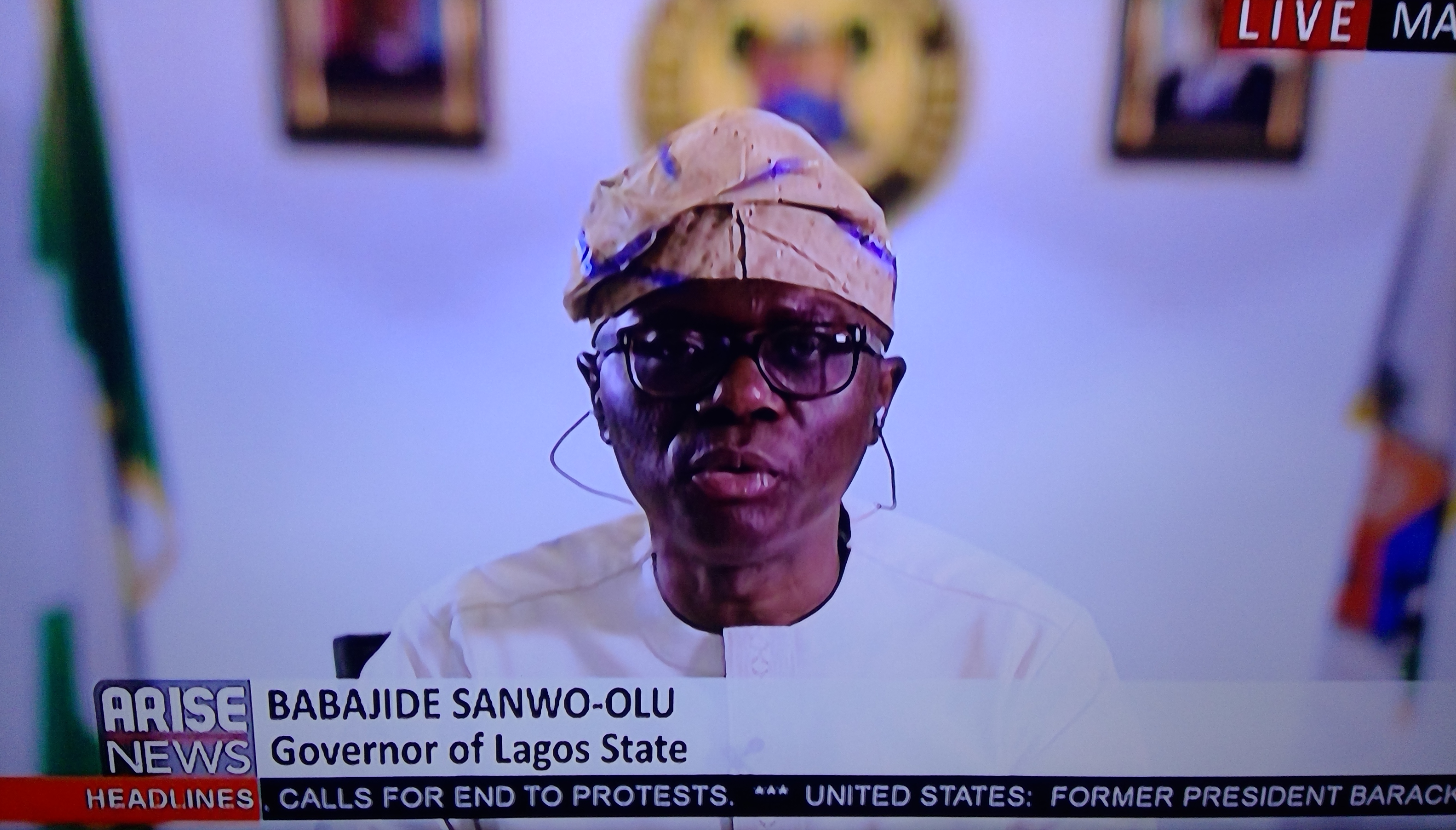 Lagos State Governor Babajide Sanwoolu was on Arise TV on Thursday addressing the Lekki Shooting and the aftermath of the destruction on Wednesday, October 21, 2020.

In response to when the curfew could be likely lifted to allow Nigerians re-stock on food and critical household items, he explained that he was looking at easing it within 24 hours after evaluating the situation on the ground.

READ: The “EndSARS” protests and the problem of police reform in Nigeria

“The Govt is looking at easing the lockdown in the state in the next 24 hours, after evaluating the situation on the ground around the state. This is to allow residents to get access to food and other provisions they might be running out of.”

He was also asked who ordered the removal of the CCTV at the toll gate and turning off the light.

READ: Crypto: LEND gains more than 4000% in one year, set to rally higher

READ: #EndSARS: We will continue to protect genuine protesters and their right to protest – Makinde

The Governor also said if required, he would consider making public the videos of the Lekki Shooting captured by the CCTV.

The Governor also encouraged Nigerians to be mindful and responsible about what they post on social media admitting that social media was a major factor in fanning the flames of anger.