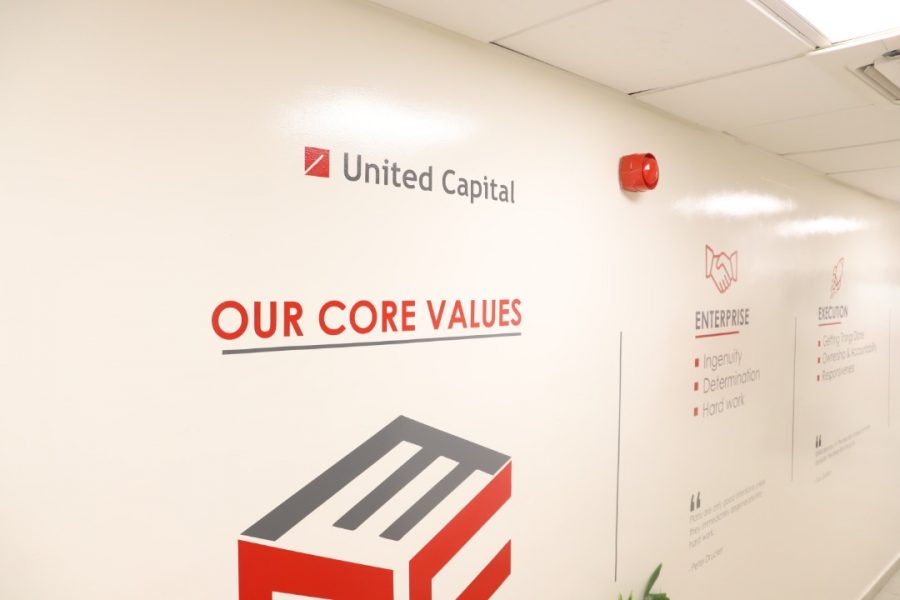 The Board of United Capital Plc. will meet in Lagos on Friday, April 17, 2020, to discuss issues about the company’s Q1, 2020 result among others.

In accordance with the NSE Rule Book, the closed period for trading in the shares of the company will commence on Thursday, April 2, 2020, in respect of the Q1, 2020 result.

This was disclosed in a notification, which was sent to the Nigerian Stock Exchange (NSE). The announcement is in line with rule 17.18 of Part 2 (Issuer’s Rules) of the NSE’s Rule Book (2015) which states that,

“The period of closure shall be effective from fifteen (15) days prior to the date of any meeting of the Board of Directors proposed to be held to consider any of the matters referred to above or the date of circulation of agenda papers pertaining to any of the matters referred to above, whichever is earlier, up to twenty-four hours after the price-sensitive information is submitted to the Exchange.

“The trading window shall thereafter be opened. Every issuer shall notify the Exchange in advance of the commencement of each closed period.”

Why this matters: The closed period will allow the board to consider the company’s unaudited financial statements for the first quarter. Other company issues will also be discussed during the meeting of the Board of Directors.

United Capital Plc. is a leading financial services Group in Africa, focused on leveraging technology to empower businesses, individuals and governments with excellent financial services, while contributing to economic growth and prosperity across Africa by supporting financial inclusion.

Olumide Adesina a French-born Nigerian, an Investment Professional at Nairametrics Financial Advocates, owners of Nairametrics.com. Olumide Adesina is a certified Investment trader, with more than 14 years of working experience in Financial trading. His work experience covers trading commodity derivatives and analysis of global equities, currencies, commodities, cryptocurrencies, and Fixed Income instruments. A member of the Chartered Financial Analyst Society. You can follow Olumide on twitter @tokunboadesina and email via olumide.adesina@nairametrics.com.

The rising tension between the US and China is weighing on the global markets. For political reasons, the leadership of each country is blaming the other for the coronavirus pandemic. 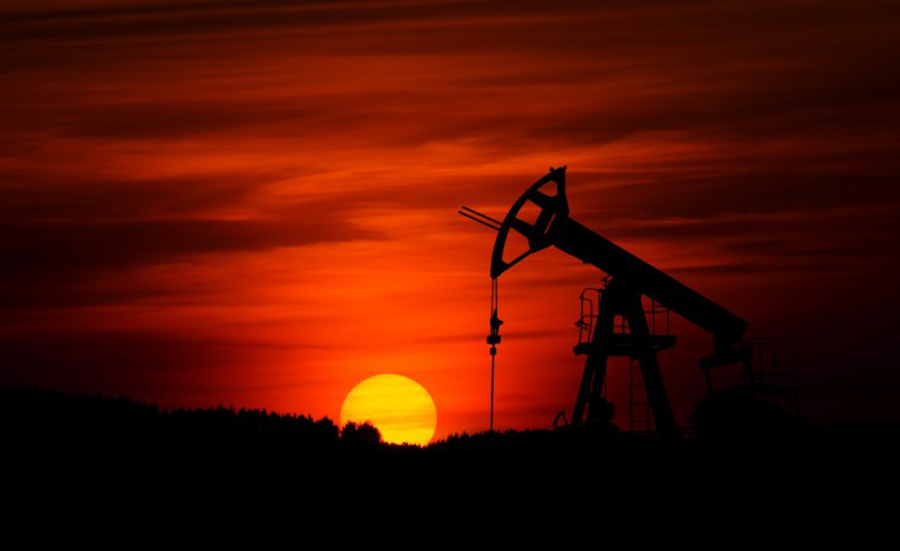 Crude oil prices, which have been on a steady increase for 3 consecutive weeks, seem to be coming to an end primarily due to the rising tension between the United States and China, and caution over the prospect for a global recovery in oil demand.

This is compounded by the disclosure of the world’s second-largest economy, China, that it is uncertain about its GDP growth target for 2020 because of the coronavirus outbreak.

With China’s oil demand climbing back to about 13 million barrels per day, which is about 90% of the pre-pandemic level, oil traders are holding out hopes of a quick rebound elsewhere with the global easing of lockdown.

(READ MORE:Here are 7 oil producing countries that have been most affected by COVID-19)

The output cut by OPEC+ and top oil-producing countries and more than 2.2 million barrels per day production shut in by U.S, have meant that the supply side of the equation is doing just fine.

However, the rising tension between the US and China is weighing on the global markets. For political reasons, the leadership of each country is blaming the other for the coronavirus pandemic. The Chinese Foreign Minister, Wang Yi, warned that the US leaders were potentially pushing towards a new cold war, which is having a negative impact on investors.

Although the US crude inventories fell by 5.6 million barrels last week, the gasoline stocks actually increased.

According to Commerzbank, “After weeks of rising, US gasoline demand was down again for the first time. Demand for oil products also remains subdued elsewhere. With concerns on the demand side remaining we regard the latest price rally on the oil market to be excessive.”

Despite assurances from the Trump administration’s officials, a V-shaped recovery is extremely unlikely.

There also appears to be a belief that the US and other countries will not avoid the second wave of infections after reopening the economy.

According to Rystad Energy, “A second wave is not such a remote possibility and a new round of lockdowns could send oil prices back to much lower levels very quickly and the markets know it. Therefore, lower prices this morning are not a surprise and they are not necessarily the result of a market event, they are rather a correction of the consecutive boosts that oil has seen over the last days.”

The data firm still believes that oil prices will stabilize at the $30-$35 range with the potential to be $40 later in the year, if and when demand improves and approaches the pre-covid-19 levels.

Lagos to shut down Marine Beach bridge for emergency repairs Lagos state government has announced that the Apapa Marine Beach bridge will be closed for five months, from Wednesday 27th May, to Wednesday 21st October, 2020.

In a statement from the Lagos state Ministry of Transportation, the Commissioner, Dr. Frederic Oladeinde, noted that the repairs were long overdue, and necessary to ensure safety of Lagosians, given the number of motorists that use the route.

The Commissioner noted that the repairs included bearing and expansion joint replacement and would be executed in two phases, taking one lane of the bridge at a time.

“The first phase will involve handling the lane inbound Apapa while the second phase will be designated to work on the lane that conveys vehicles outside the axis,” he said.

Oladeinde noted that alternative routes around the bridge had been improved to make them motorable, and ease movements for road users.

To manage the construction period, the statement noted that Traffic Management Authorities would be hard at work to ameliorate the expected traffic issues and supervise other arrangements.

“Motorists inwards Wharf road will be diverted to the other section of the bridge outwards Apapa, a contraflow of 200metres has been put in place for vehicles to realign with a proper direction inwards Ajegunle or Wharf road, Apapa, while Motorists descending to Total Gas under bridge will drive without any hindrance,” it read.

The Commissioner called for the understanding and cooperation of motorists and road users during the period to ensure a smooth flow of plans. Ekiti state government has concluded plans to create a digital hub, with the laying of a 606-kilometer broadband infrastructure.

The project is expected to lift the state from 16% internet penetration to 90% and is estimated to be worth N5 billion, with the Federal Government contributing N1.1 billion of the total sum.

This plan is part of the memorandum of Understanding (MoU) which the state Governor signed with O’odua Infraco Resources Limited, a consortium that develops high speed and efficient Fibre Optic Cable (FOC) Open Access Network (OAN) across the South-West region of Nigeria.

According to the Managing Director of O’odua Infraco Resources Limited, Mr Sammy Adigun, the project will be officially flagged off in October and completed within 14 months.

This decision is a follow-up to the recent crash of Right of Way charges from N4,500 to N145 per meter for broadband infrastructure, and in line with one of the five pillars of Governor Kayode Fayemi’s development plan for Ekiti state.

Fayemi noted that the project execution, as well as the broadband policy in the state would be coordinated and supervised by a Digital Infrastructural Committee, made up of various relevant government institutions critical to the implementation of the project.

“For us the roadmap is first the fibre connectivity itself, the second is the adequate data center infrastructure, the third is the e-learning programme which will cover our educational institutions, then our safe city, our security programme will also be included.

“With our geographical land information system (GIS), we would digitalize all our land records, and of course, commercial investment as well as digitalisation of our government assets and our health education initiative,” Fayemi explained.