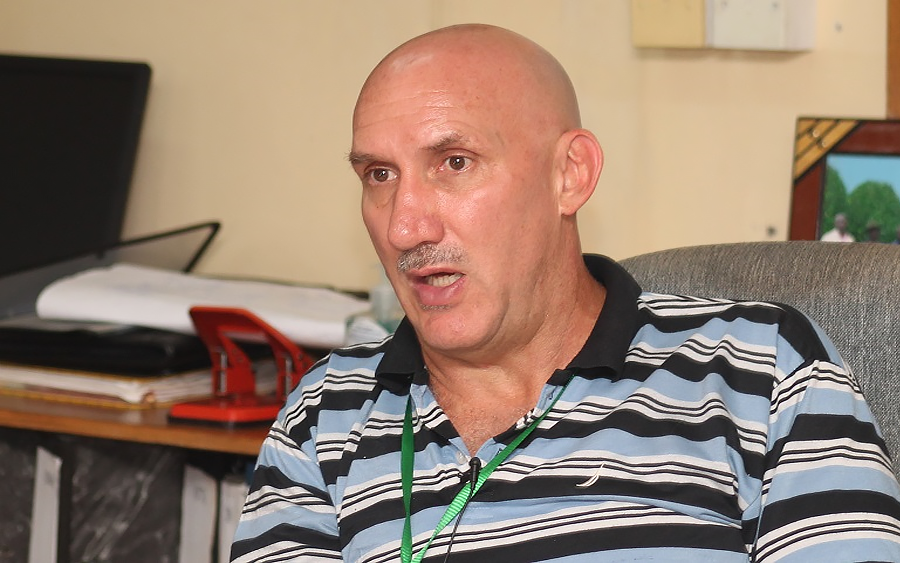 The Managing Director/Chief Executive Officer of Okomu Oil Palm Plc, Graham Hefer, has addressed the impact of the border closure on the company.

Hefer explained that the border closure had yielded positive results for the company and others, as its clientele base has expanded since the policy was implemented in October 2019. He said companies that didn’t trade with Okomu Oil in pre-border closure are now contacting the company for palm oil delivery.

Despite the clamour of some critics for the policy to be reversed, the Okomu boss wants the border to remain closed.

“Yes. I would say that the closure of the borders has been a blessing. I am of the opinion that the exercise should be continued.

“The effect it has had on our local market share is that there have been some new companies requesting for Crude Palm Oil that we have not had on our books previously since the land borders were closed.

“Equally to answer your question about the border closure’s effect on our sales over the past few months; since the land borders were closed, sales have normalised again. In terms of the effect of the border closure on our profits, apart from the illegal imports initially, prices also affected our profit and the prices were down for most of 2019.”

Okomu Oil, which produces Banga Palm Oil and NOKO10 rubber brands, has not recorded any fallout in terms of cross-border trade because the company doesn’t export its product outside Nigeria; its market is within Nigeria.

Battling unfavourable competition: According to Hefer, Okomu Oil would have been battling with unfavourable competition from foreign palm oil companies if not for the import duties on imported crude palm oil. He explained in the interview with Punch that the playing field is not level when the benefit enjoyed by the foreign companies from the government is factored in.

Hefer said these foreign companies had their products subsidised by their government, coupled with company tax incentives. He said these make it difficult to compete in the Nigerian market where the cost of production is high. So, the import duties on imported crude palm oil have been their saving grace although the company is also faced with multiple and illegal taxes and tolls.

On how companies listed on the Nigerian Stock Exchange fare, he added that some quoted firms would file for delisting from the bourse as their expectations were not met.

“The likes of Securities and Exchange Commission, Financial Reporting Council and other parastatals and organisations that do have a role to play don’t always seem to work constructively with companies,” he added.

Hefer said the only benefit of listing on the NSE is “the ability to obtain equity from our shareholders, if and when, this is required.”

The United Kingdom has approved Covid-19 Vaccine produced by Pfizer/BioNTech and will start distributing from next week. The United Kingdom has approved Covid-19 Vaccine produced by Pfizer/BioNTech and will start distributing from next week. The approval by UK Regulatory authorities makes the country the first to approve the vaccine in the world.

The Vaccine is given in two shots (doses).

According to reports monitored by Nairametrics, the vaccine will be administered firstly to medical workers and home caregivers, frontline health workers, those aged 80 and above before being made available to the general public.

The vaccine was made by German company BioNTech in conjunction with US Pharmaceutical giant Pfizer and is said to be 95% effective in preventing the disease. This is after it was tested on over 43, 000 people in the mandatory phase 3 trials.

The US Food and Drug Administration is currently reviewing the vaccine and could also approve its usage later in the month.

“The vaccine will be made available across the UK from next week. The NHS has decades of experience in delivering large scale vaccination programmes and will begin putting their extensive preparations into action to provide care and support to all those eligible for vaccination.”

“I’m confident now, with the news today, that from spring — from Easter onwards — things are going to be better. We’re going to have a summer next year that everybody can enjoy.” Matt Hancock, UK health secretary.

The United Kingdom is said to have ordered over 357 million doses from seven manufacturers. The latest COVID-19 daily update report as of November 28th, 2020 shows that there are cumulative confirmed cases of 1,411,393 in Sub-Saharan Africa.

Out of the growing number, South Africa, Ethiopia, Kenya, Nigeria, and Ghana top the list with a total of 1,095,410 confirmed cases, representing 77.6% whilst the other 41 member-countries of the sub-region contributed 22.4%.

Dangote Cement Plc increased market capitalization by 28% to N3.49 trillion at the close of trade on the 30th of November. Further checks revealed that the market capitalization of Dangote Cement Plc increased by 28.13% during the period under review.

The drive behind the gains

It is important to note that the increase in Dangote Cement’s market capitalization was driven by the renewed buying interests by investors in key Nigerian stocks with huge values and impressive fundamentals.

This hunt for value on the bourse led to a wild increase in the share price and also the market capitalization of key companies on the Nigerian Stock Exchange in the month of November.

However, the renewed buying interest can be attributed to the strong performance which Dangote Cement displayed in the third quarter of 2020, despite the challenging macroeconomic environment.

Given the strategic positioning of the cement producer in the industry,

This strong performance made analyst review their models, and also the Group’s valuation, this however triggered buying pressures in the shares of Dangote Cement, with its market capitalization increasing by 28.13% in the period under consideration.