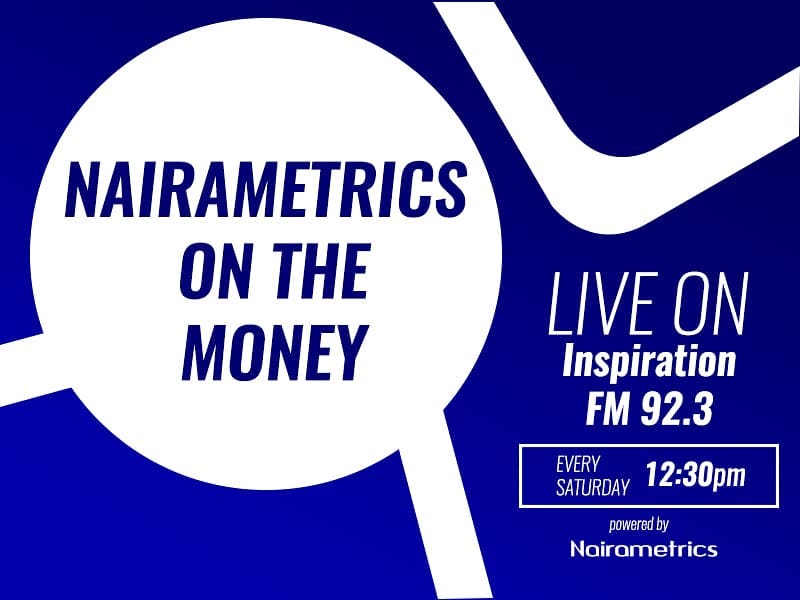 On The Money is a show that focuses on the capital and money market. Every weekend we review performances of listed companies whilst also discussing other hot business news stories affecting non-listed companies with significant product and services. We also delve into macro-economic policies, decisions and events that affect investments in the stock and money market. The fiscal crisis being faced by Nigeria as a result of the coronavirus pandemic appears to be easing off a bit, following the gradual rebound of crude oil prices globally. The improved foreign exchange inflow has helped to ease off devaluation concerns.

The forward market is not isolated from the bullish trend, as the 12-month naira forwards increased to N454.50 per dollar on Wednesday, from a high of N522.56 on April 20. Also, the currency traded at N388 to the dollar in the spot market.

The local currency has also appreciated from N460 to a dollar to N445 to a dollar in the parallel market in less than 2 weeks, not long after the Central Bank of Nigeria started selling dollars to small and medium enterprises and foreign students.

The planned resumption of dollar sales to Bureau De Change (BDCs) is expected to further help ease the pressure in the market.

Meanwhile, the Brent traded over $40 per barrel, and the Nigerian Bonny light crude also  traded almost $38 per barrel, both selling at the highest price in almost 3 months.

The oil prices are very important for Nigeria, as about 90% of its foreign exchange earnings is from crude oil sales.

The foreign exchange market had been under intense pressure due to the low oil prices and the economic crisis caused by the coronavirus outbreak globally.

READ MORE: Investors cash in N1.2 trillion at Nigeria’s stock market for the month of May

The oil price increase has caused a rebound in the external reserve to over $36 billion as of June 1, and reduced the pressure on the naira with improved liquidity of the foreign exchange market.

Meanwhile, according to Bloomberg, a forecast from Fitch Ratings suggests that the naira is not yet out of the woods as a large current account deficit, capital outflows, and resistance to overhauling the exchange rate framework may cause a drop in external reserves to about $23 billion by the end of 2020.

This will adversely affect the apex bank’s capacity to defend the naira.

This performance, according to the Lagos State Commissioner for Economic Planning and Budget, Mr. Sam Egube, “is higher than the 68% (N148.3 billion) recorded for the same period in 2019.” This performance, according to the Lagos State Commissioner for Economic Planning and Budget, Mr. Sam Egube, “is higher than the 68% (N148.3 billion) recorded for the same period in 2019.”

Speaking at the press briefing on Wednesday, Egube noted that the downside of the COVID-19 pandemic had necessitated a 21% reduction in the go-forward budget size, to make the budget realistic.

In preparation for the post-COVID-19 economy, the government is working out terms to harness public and private investments towards creating a strong mixed-sector economy, expanding social services, and environmental stability.

According to Egube, “the government will also restart the Lagos State economy by focusing on job creation, economic stabilisation, and fiscal consolidation, in addition to re-imagining the way Lagos operates, focusing on digitisation, business environment reforms and economic diversification.”

All of these are geared towards neutralizing the adverse effects of the pandemic on the economic planning of the state, and building a strong response focused on food security, economic intervention, and public safety.

The government had also assured that the impact of the pandemic on the economy of Lagos state will be minimal, as palliatives have been structured to ensure that residents thrive beyond the crisis.

The State govt has said that the impact of COVID-19 on the State’s economy will be very minimal, assuring residents that the present administration has developed a holistic plan to ensure that Lagos thrives during and beyond the crisis#LASG
Read More.. https://t.co/D5HKLLIvUD pic.twitter.com/9EoGkvS6zK

The commissioner added that during Q1 2020, the government inaugurated the Lagos State Resilience Committee which worked with the ministry of economic planning and budget to assess the state and develop a resilience strategy.

“The initiative is aimed at improving the resilience of the State and its ability to bounce back from adversity”, Egube explained.

FG may lift ban on interstate movement on June 21