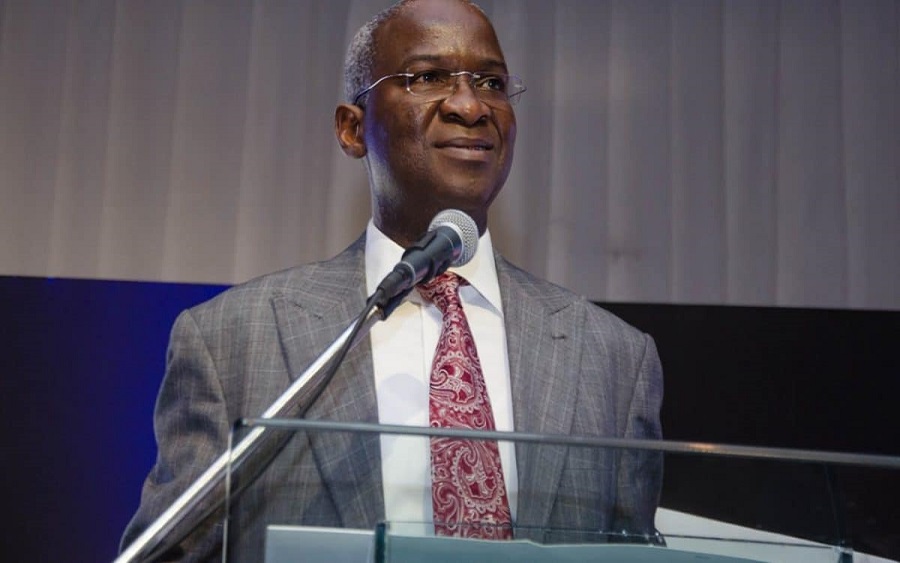 Following the memorandum sent by the Ministry of Works and Housing to the Federal Executive Council, the Federal Government (FG) has approved the sum of N166 billion for the construction and rehabilitation of 14 roads across Nigeria.

According to the Memorandum, the contract for the construction of two bridges, Lioji and Gulbin-Boka Bridges at Kotangora-Rijau road will be executed by Messrs Nael & Bin Harmal Hydro export Nigeria Limited at a contract cost of N1.13 billion, with a completion period of 12 months.

It said the Minister also gave extensive details of the procurement processes which the participating companies went through that culminated in the certification and issuance of a due process certificate of “No Objection” for each of the 14 projects by the Bureau of Public Procurement.

Sadly, this move, in addition to similar policies by the CBN, has left many banks cash-strapped and unable to pursue various profitable ventures.

The Central Bank of Nigeria (CBN) has debited twenty-six banks, including merchant banks, to the tune of N459.7 billion for failure to meet their CRR (Cash Reserve Ratio) obligations. The fresh debit, which Nairametrics reliably gathered occurred yesterday, has left many stakeholders in the banking sector very upset.

The details: Among the banks that were most affected are United Bank for Africa Plc (N82.3 billion), First Bank of Nigeria Ltd (N59.3), Zenith Bank Plc (N50 billion), First City Monument Bank (FCMB) Limited (N45 billion), and Guaranty Trust Bank Plc (N40 billion). The rest of the affected banks can be seen in the table below.

Note that the latest CRR debits are coming barely one month after a lot of banks were collectively debited to the tune of N1.4 trillion for the same reason in April. Between then and now, a lot of other minor CRR debits have occurred. Nairametrics understands that the apex bank now debits banks on a weekly basis.

Some backstory: During the CBN’s Monetary Policy Committee (MPC) meeting that was held last month, committee members voted to retain CRR rate at 27.5%. The rate was increased in January this year from 5% to its current level after the apex bank cited inflationary pressure concerns. What this means, therefore, is that Nigerian banks are required to keep 27.5% of their deposits as CRR with the Central Bank of Nigeria.

But banks are silently upset: Sadly, this move, in addition to similar policies by the CBN, has left many banks cash-strapped and unable to pursue various profitable ventures. While reacting to the latest development, a banker who refused to be identified, said:

“What we’ve seen in recent times is that the CBN just indiscriminately debits banks, usually towards the stale-end of every week. They will look at your bank account and if your liquidity is plenty, they will debit you.

“You know the central bank also does what we call retail FX intervention, that is when they sell FX to corporates. Now, because they don’t want banks coming with huge demands, what they do is that a day before the FX sales, they debit the banks so that the naira you have available is small and you cannot put them under pressure because of your FX demands. That has really been the driver.

“We understand that the central bank had set up a special CRR team that is supposed to monitor banks’ CRR once a month. But now, the team monitors banks’ CRR on a weekly basis. This is why the central bank is effectively debiting banks on a weekly basis. Some weeks ago, they debited some banks about N1.4 trillion. That was one of many. Between that time and now, there have been more debits that have happened. But the debits that are huge/significant are what is troubling the banks. There was a N300 billion that happened about two weeks ago. and then yesterday that was this N459.7 billion that was also debited.

Cristiano Ronaldo ranks Number 4 on the 2020 Forbes Celebrity 100 and making him the first soccer player in history to earn $1 billion. Cristiano Ronaldo has been crowned the first soccer billionaire ahead of his top rival in sport, Lionel Messi after earning a massive $105 million before tax and fees in 2019. This was announced by Forbes through its official website.

CR7 as he is popularly called, ranks Number 4 on the 2020 Forbes Celebrity 100, a spot above Lionel Messi, and making him the first soccer player in history to earn $1 billion.

The 35-year old Juventus attacker is the third athlete to hit the $1 billion mark while still playing following Tiger Woods, who did it in 2009 on the back of his long term endorsement deal with Nike and Floyd Mayweather in 2017, who’s made most of his income from a cut of pay-per-view sales for his boxing matches.

The Portuguese star joined Juventus in 2018 in a deal worth $117.34 million after spending nine years with Real Madrid and within 24 hours of release, Juventus sold 520,000 Ronaldo jerseys worth over $60 million.

He has amassed an ever-growing following of fans over the years. In January he became the first person with 200 million followers on Instagram alongside massive presence on Twitter and Facebook making him the most popular athlete on the planet.

Recall that in 2016, Nike signed Ronaldo to a lifetime deal and pays him upwards of $20 million annually couple with other sources of income including Real Estate, Social media influencing, etc. His 2020 earnings include a salary of $60 million, a slight decline compared to his earnings in 2018 due to a 30% pay cut he agreed to take in April as a result of the COVID-19 pandemic.

In our view, we think the decision to extend the deadline is reasonable under current circumstances. The coronavirus pandemic has ravaged global economic and financial systems thus making it more difficult for an already unattractive insurance sector to raise much-needed capital.

In a circular communicated to insurance providers in Nigeria, National Insurance Commission (NAICOM) has announced an extension to the deadline for insurance providers to meet up with the regulator’s new minimum capital requirement. In addition, NAICOM has broken the recapitalisation exercise into two phases. The first phase must be complied with by 31 December 2020.

In our view, we think the decision to extend the deadline is reasonable under current circumstances. The coronavirus pandemic has ravaged global economic and financial systems thus making it more difficult for an already unattractive insurance sector to raise much-needed capital. We note that several players have initiated the process of raising the needed funds from their existing shareholder base via the right issues. However, we highlight that some of the players currently have a negative book value of equity and are trading below their par values. Hence, raising equity capital does not appear feasible. That said, we expect to see a flurry of mergers and acquisitions in the industry once conditions become more favorable.