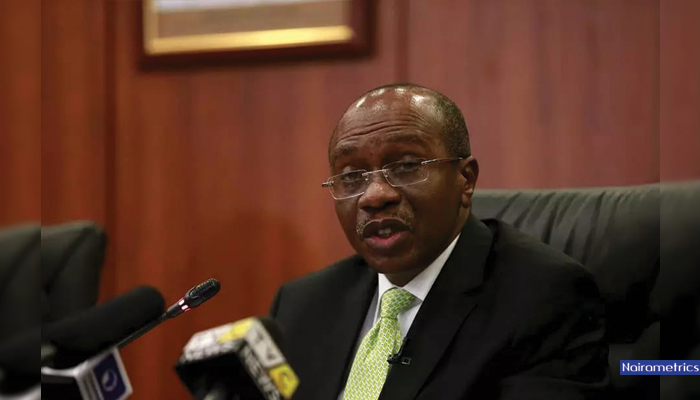 Nairametrics| The Central Bank of Nigeria (CBN) has created yet another FX window for investors and exporters. The apex bank had earlier created windows for PTA/BTA, School fees, Small and Medium Scale Enterprises (SMEs) and foreign airlines.

We explained this new circular here

b. Bills for collection

c. Any other trade-related payment obligations (at the instance of the customer).

International Airline Ticket Sales’ Remittances shall only be eligible to access the CBN FX Window (i.e. SMIS – Retail and Wholesale.

The suppliers of FX into this window shall be portfolio investors, exporters, authorised dealers and other parties with foreign currency to change to Naira. The CBN shall be a participant in this window to ensure liquidity and professional market conduct. The CBN also reserves the right to act as a buyer or seller in this window.

FMDQ, according to the circular, will be expected to publish market rates and any other relevant information on its website twice daily (morning and evening).

With this new circular, the CBN is aiming to incorporate transparency into this window. It advises the authorized dealers to promote market transparency by encouraging their corporate clients to ensure that activities in this window are operated on FX trading systems.

Furthermore, FMDQ will develop and publish a new fixing, NAFEX (the Nigerian Autonomous Foreign Exchange Fixing), to support appropriate benchmarking and facilitate derivatives activities in the Investors’ and Exporters’ FX Window.
Below is a copy of the circular.

The CBN still continues to warn against currency speculators who patronize the black market. The exchange rate between the naira and dollar at the I&E remained stable on Friday, closing at N386 to a dollar. This was the same rate that was recorded on Thursday as traders mulled over reports that the CBN had adjusted the exchange rate at the SMIS window. There was also stability with the opening indicative rate as it recorded N386.86 to a dollar on Friday. This was the same rate that was achieved the previous day.

At the black market where forex is traded unofficially, the naira also remained stable as it closed at N461 to a dollar on Friday which was the same rate that it exchanged on Thursday. The exchange rate at the beginning of the week was N460 to a dollar. By crossing N460, the exchange rate has broken a psychological ceiling going past N460 for the first time since 2017.

Nigeria continues to maintain multiple exchange rates comprising the CBN official rate, the BDC rates, and the NAFEX (I&E window). Nairametrics reported last week that the government has set plans in motion to unify the multiple exchange rates in line with requirements from the World Bank. Nigeria is seeking a world bank loan of up to $3 billion.

Forex turnover at the Investor and Exporters (I&E) window recorded a decline on Friday, July 3, 2020, as it dropped by 48.7% day on day, a reversal from the huge growth that it achieved on Thursday at the foreign exchange market. This is according to data from the FMDQOTC, an exchange where forex is traded by foreign investors and exporters.

According to the data tracked by Nairametrics, forex turnover decreased from $204.90 million on Thursday, July 2, 2020, to $105.05 million on Friday, July 3, 2020, representing a 48.7% decline on a day-to-day basis. Despite falling short of the over $200 million trading volume that was achieved the previous day and in January, it is still a decent turnover compared to the low trading volumes recently.

This was still enough to provide trading boost to help reduce the pressure and stabilize the market.

According to a July 2020 report from Moody’s, the foreign currency funding gap for Nigerian banks is expected to rise to $5 billion due to the current low oil prices, volatile forex inflows and lower diaspora remittances amid the coronavirus pandemic. These challenges are threatening to renew the foreign currency liquidity pressures that hit Nigerian banks during the previous oil crisis in 2016-2017.

The report also indicated that dollar shortages are expected to persist over the next 12-18 months if low oil prices continue thereby renewing the forex liquidity crisis that led to severe rationing of dollar and ban on importation of some items during the last oil price crash in 2015-2017.

Despite a decent turnover recorded on Friday and the stability of the naira at the I&E window and the black market, the volatility and uncertainty of the forex market still persist due to accumulated demand and liquidity shortages across markets.  The rise in demand and contrasting drop in supply has called for another round of devaluation, which the CBN has insisted it has plans to implement.

The CBN on Friday adjusted the naira at the retail forex auction from N360 to a dollar to N380 to a dollar in a move that most analysts see as part of the plans to unify the exchange rate. A devaluation last occurred in March. The apex bank wants to unify the exchange rate to conserve the dwindling external reserves which has been hard hit by demand by ever-increasing importers and the foreign investors wishing the exit. This current move by the CBN has moved the retail auction for importers and individuals, which is the official rate closer to the over-the counter-spot for investors and exporters. Nairametrics spoke to some traders who are still reviewing what the latest move by the CBN could mean on the future price of forex. Whilst some believe this is a major step towards reunification others believe the real test of the value of the exchange rate could be when the economy finally opens. For now, projection is all speculation, one trader informs Nairametrics.

The CBN still continues to warn against currency speculators who patronize the black market, thus widening the gap between it and the I&E window. The CBN maintains that the perceived demand cannot be substantiated following the drop in economic activities induced by the COVID-19 pandemic suggest demand should be low due to travel restrictions and drop-in economic activities.

The further decline in liquidity could further fuel speculations in the black market where the exchange rate has traded at a premium of N60+ over the last few weeks. The CBN claims most of the demand being cited is not represented by any official documentation and that it has informed foreign investors with genuine forex demand to be “patient” and that they will get their forex. The U.S. Dollar Index that monitors the American dollar against a group of other major currencies was slightly down at 0.02% to 97.040 at 1.30 pm Nigerian time.

Consequently about 24 hours ago the world largest economy recorded an addition of 4.8 million jobs in June and manufacturing activity printing a better economic result than expected, this further suggests that the economic stimulus by the U.S Fed Reserve seems to be working.

In addition, Currency analysts at ING, in a research note spoke about the U.S Federal Reserve stimulus package in relation to the strength of the dollar.

“Fed money printing has now secured what seems to be a stable negative correlation between risk assets and the dollar,”

“As long as the Fed is still buying assets and prepared to do more, we expect this negative correlation, Risk On, Dollar Off, to dominate financial markets over the coming quarters. Economies slowly getting back on their feet should mean a backdrop of a benign dollar bear trend in the second half of the year.”

Why this matters; The U.S. Dollar Index that tracks the American dollar against a basket of other major currencies (like the Japanese yen, British pound sterling, Swedish Krona, Euro), Individuals hoping to meet foreign exchange payment obligations, via dollar transactions to countries like Europe, and Japan, would need to pay more dollars in fulfilling such transactions

Reports reaching Nairametrics indicates the CBN has instructed bidders at its Secondary Market Intervention Sales (SMIS) to increase their bidding price to N380/$1 floor. The SMIS is the market where importers bid for forex using Letters of Credit and Form M.

According to our sources, the central bank informed banks that they will only accept bids from N380/$1 and above and no longer N360/$1 meaning those who bid lower will not get any forex allocation. Transaction success in this market is based on bids with those who bid higher than the floor as they are often in an advantageous position to secure forex.

Nairametrics understands a circular has been sent to banks but we are yet to see it.

The SMIS window was created by CBN for importers to ease the pressure faced by businesses in the foreign exchange market through sales of foreign currency to authorized dealers (wholesale) or to end users through Authorized dealers. Businesses usually conduct their bid for forex at the SMIS window every two fortnight.

Currently, rates are set at a floor of N360/$1 and a ceiling of N385/$1. Thus bidders are expected to bid within that range. The higher the bid the better your chances at getting forex. It is unclear if there were any buyers that bid above N360 as we gather most of the importers were not informed of the changes in prices until today.

In February, the CBN has injected $218.41 million into the inter-bank retail Secondary Market Intervention Sales (SMIS). The dollar sold at the time meant for only agricultural and raw materials sectors, is in continuation of its intervention in the inter-bank foreign exchange market. In May, the central bank surprised the market by injecting estimated $90-$100million to the system.