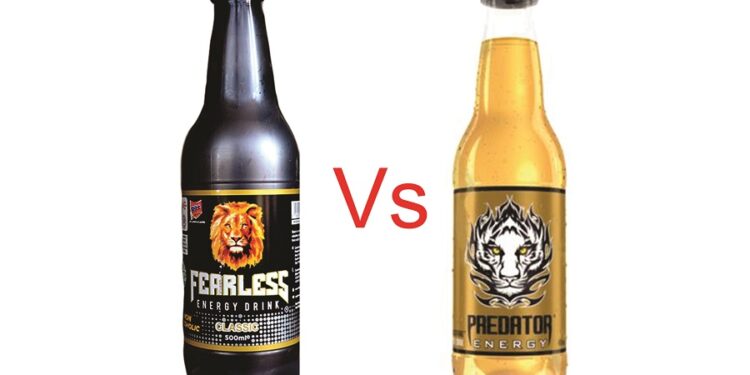 The Nigerian Bottling Company (NBC) has sought a Federal High Court, Lagos division to set aside a contempt suit by Rites Food Company Ltd over alleged infringement on the trademark of its energy drinks ‘Fearless.’

In a substantive passing-off suit marked: FHC/L/CS/92/2021 filed in March before Justice Chukwujekwu Aneke, Rites Food alleged that NBC copied its trademark on its ‘Predator’ energy drink by adopting a lion’s head which looked like the trademark on Rite Food’s ‘Fearless.’ energy drink.

According to the News Agency of Nigeria, Justice Ambrose Allagoa of the Federal High Court, Lagos division, after listening to arguments and submissions from all counsel, adjourned the matter till December 1, for ruling on the application by NBC.

Coca-Cola invests over N9 billion in Nigeria in the last 10 years, to inject another $1 billion in 5 years

Rites Food had instituted a contempt proceeding against NBC over alleged infringement on the trademark of its energy drinks ‘Fearless.’

The plaintiff claimed that the defendants infringed on its trademark with their ‘Predator’ drink. According to them, Rites Food had been trading with the lion image since 2017 before NBC came into the market in 2020 with its Predator drink.

Rites Food then sought an ex-parte order restraining NBC from passing off its energy drink in a manner that will infringe on its brand.

The ex-parte order sought to restrain NBC from further using any sales promotion material for its Predator drink in a way that infringes on Fearless energy drink pending determination of the interlocutory application for an injunction.

NBC filed an appeal against the suit and applied for a stay of the proceedings before Justice Aneke, pending the outcome of the appeal.

Following the contempt suit, NBC filed an application seeking an order of the court to strike out the contempt charge against it by Rites Food.

At the resumed trial on Monday, Justice Allagoa had set November 15 to hear the motions. Counsel for the first and second defendants sought the court to strike out the contempt suit.

NBC’s Counsel, Mr Ngo-Martins Okoma told the court that his substantive motion dated October 15, sought an interlocutory order setting aside the committal proceeding by Rites Food. He then argued that once an order had been discharged, the court would not punish for contempt based on that order.

Counsel to the second defendant, Mr Oluseye Opasanya (SAN) told the court that he had an application before the court seeking to strike out the contempt suit by Rites Food.

Mr Opasanya noted that the judge made the order on February 9, while the order was served on February 15, and the defendant immediately filed an application to discharge the order at the Appellate Court.

According to him, “Our case is that the possibility does not even exist; no order was made by this court against my client. The records have not shown that the court was asked to lift the veil of incorporation. It is not at the discretion of the plaintiff to decide who to punish.”

While responding, counsel to the plaintiff (Rites Food), Muyiwa Ogungbero in his submissions said flouting an existing order of a court does not redeem a contemnor from punishment. He said a contempt suit is quasi-criminal; therefore, once begun, the purported veil of incorporation is automatically lifted.