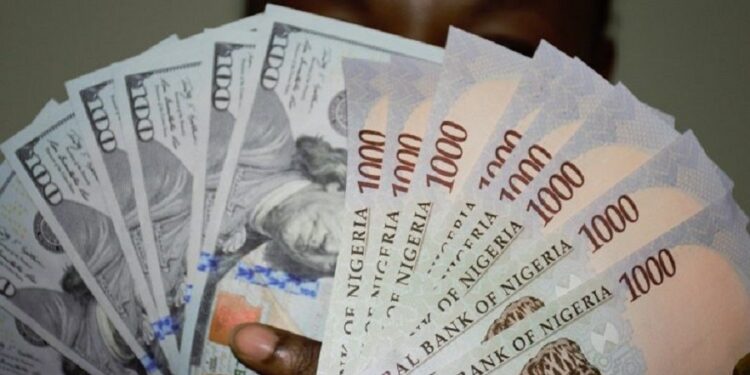 The exchange rate between the naira and dollar strengthened to N535/$1 at the black market a significant rise from N570/$1 which it has traded at for days now.

The last time the exchange rate traded as low as N535/$1 was in the early September suggesting this is a two month high for the local currency.

Why is the Naira appreciating?

Nairametrics interviewed some key players in the FX market to find out the reason for the recent appreciation.

Lucky F. Agana, managing director of Gulkay integration services said the appreciation of the Naira is directly related to CBN’s intervention in the market.

He said, “The CBN has pushed more dollars into the market and the demand has reduced drastically, that is why the Naira is appreciating.”

He also stated that the market is merely reacting to the apex bank’s forex policy.

“CBN is trying its best to stabilize the Naira and it is working, there is much supply but lessened demand for dollars,” he added.

Abdulai a BDC operator who spoke to Nairametrics said that eNaira may have played a role in reducing the demand for dollars in the market.

“The e-Naira has reduced Nigerians’ appetite for buying dollars since through the digital currency, they can now withdraw dollars at official rates anywhere in the world,” he said.

Since the exchange rate is simply a reflection of the currency’s demand and supply. It’s safe to say that the naira’s appreciation is linked to the apex bank’s forex supply policy.

Another operators indicated the massive gain was because demand dropped in the couple of days possibly because the CBN was intervening. Analyst at a recent Nairametrics ClubHouse session suggested the exchange rate could strengthen in the coming weeks especially after the external reserves hit $40 billion. A room for further external loans and a sustained higher oil prices was also fingered as a possible impetus for the central bank to intervene, thus potentially impacting positively on the naira.

Nairametrics reported last month that the exchange rate had somewhat stabilized since the CBN antagonistically chided abokiFX for currency. This was during the CBN MPR meeting on September 17, 2021.

The strengthening of the naira will be seen by the central as a sign that it’s intervention is working even though pent up demand remains and the sources for the interventions are loans.

Note: This article was updated to reflect new information.