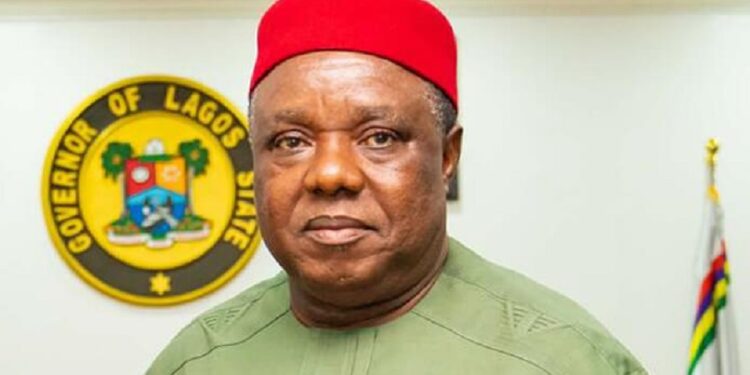 The Revenue Mobilisation Allocation and Fiscal Commission (RMAFC) has revealed that the revised revenue sharing formula will be ready for submission to the Federal Government by the end of 2021.

The new revenue allocation formula is coming about 28 years after the last one was done in 1992 and agitation by stakeholders that more revenue should be made available to the state and local governments.

According to NAN, this disclosure was made by the Chairman of RMAFC, Mr Elias Mbam, during the public hearing on the review of the vertical revenue allocation formula for the Northeast zone held in Gombe.

What the Chairman of RMAFC is saying

Mbam stated that the commission was committed to ensuring that the new revenue allocation formula captured the yearnings and developmental aspirations of Nigerians.

He said, ”The commission conducted similar exercises in other five geo-political zones of the country in order to obtain relevant data from relevant agencies for use in the review process. The wider engagement of stakeholders in the process of data gathering was to ensure an all-encompassing and inclusive process.’’

The RMAFC boss said that studies on fiscal matters relating to the allocation of federation revenues were also being carried out, adding that the processes were aimed at ensuring that the new revenue formula would be fair, just and equitable.

He expressed confidence that the participation and contributions in the public hearing would enrich the outcome and assist the commission in coming up with a revenue formula that would be acceptable to majority of Nigerians.

The chairman called for support at all levels of the review process to ensure that the process was brought to its “logical conclusion.”

The Governor of Gombe State, Inuwa Yahaya, who declared the public hearing open, said that the hearing was apt and timely and would enable them review the challenges of economic development and an avenue for diagnostic review of issues confronting revenue generation.

There has been a clamour for a revision of the revenue sharing formula among the 3 tiers of government in favour of the state and local governments who they feel are short-changed.

The current revenue-sharing arrangement has the federal government (including special funds) getting 52.68%, the state governments receive 26.72%, while the local governments get 20.6%.