No Result
View All Result
Home Business Around the World

WHO honours Henrietta Lacks, black woman whose cells were used in vaccine research

by Chidinma Anyalewechi
in Around the World, Health, Spotlight 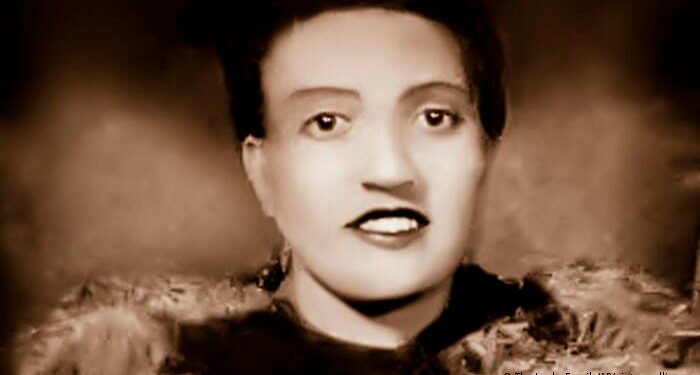 Director-General of the WHO, Dr Tedros Adhanom Ghebreyesus has honoured the late Henrietta Lacks with a WHO Director-General’s award, a recognition for the world-changing legacy of a black American woman whose cells were taken as biopsies without her consent while she sought treatment.

Through her cells, scientific breakthroughs have been recorded, such as the human papillomavirus (HPV) vaccine, the polio vaccine, drugs for HIV and cancers, and most recently, has been critical towards the COVID-19 research.

The DG stated that Henrietta Lacks’ race and her real story were hidden by the global scientific community and described the move as “a historic wrong that today’s recognition seeks to heal”.

He said in a statement, “In honouring Henrietta Lacks, WHO acknowledges the importance of reckoning with past scientific injustices, and advancing racial equity in health and science. It’s also an opportunity to recognize women – particularly women of colour – who have made incredible but often unseen contributions to medical science.”

Henrietta Lacks’ 87-year-old son, Lawrence Lacks was present to receive the award on behalf of his mother at the WHO headquarters in Geneva, accompanied by Henrietta Lacks’ grand and great-grandchildren.

Giving his speech, Lawrence Lacks said, “We are moved to receive this historic recognition of my mother, Henrietta Lacks – honouring who she was as a remarkable woman and the lasting impact of her HeLa cells. My mother’s contributions, once hidden, are now being rightfully honored for their global impact”

“My mother was a pioneer in life, giving back to her community, helping others live a better life and caring for others. In death she continues to help the world. Her legacy lives on in us and we thank you for saying her name – Henrietta Lacks.”

“It is unacceptable that access to the lifesaving HPV vaccine can be shaped by your race, ethnicity or where you happen to be born. The HPV vaccine was developed using Henrietta Lacks’ cells.  Although the cells were taken without her consent and without her knowledge, she has left behind a legacy that could potentially save millions of lives. We owe it to her and her family to achieve equitable access to this groundbreaking vaccine.”

Women of colour and healthcare

The WHO disclosed that women of colour have continued to be affected by cervical cancer and health inequities that have persisted among marginalized communities around the world. Last year, the WHO embarked on a campaign which was the global strategy to accelerate the elimination of cervical cancer, leading to a collective resolve by all member states to eliminate a cancer.

How the Chinese are taking over Nigeria’s economy