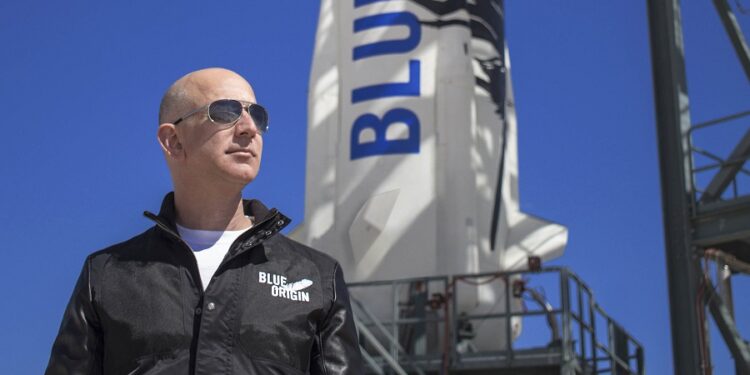 This is coming three months after Blue Origin’s founder, Jeff Bezos launched its maiden trip to space with three others onboard including 82-year-old Wally Funk.

The rocket took off from Blue Origin’s private facility in West Texas, reaching a height of more than 340,000 feet before safely returning to Earth a few minutes later. The launch took roughly 11 minutes from start to finish. Weightlessness lasted around three minutes for the crew.

At the age of 90, William Shatner, who played Captain Kirk in the original “Star Trek” television series, has become the oldest person to go into space. Wally Funk, an aerospace pioneer, held the previous record when she flew on Blue Origin’s first crewed launch in July at the age of 82.

New Shepard’s capsule accelerated to more than three times the speed of sound to pass beyond the United States’ 80-kilometer (50-mile) space barrier. The capsule is flown autonomously, with no human pilot, and lands in the Texas desert beneath a set of parachutes.

William Shatner said “Everybody in the world needs to do this. Everyone needs to see. It was unbelievable.”

Blue Origin has sold over $100 million worth of tickets to future passengers according to CNBC.

The many griefs of Nigerian bank managers