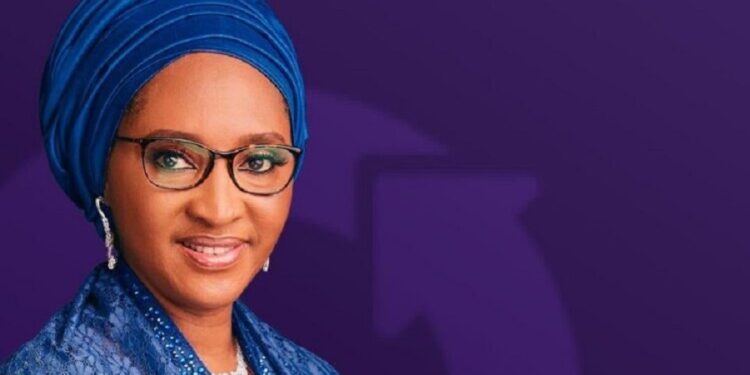 The Federal Government has revealed that it spent the sum of N2.89 trillion on debt servicing between January and August 2021. This debt servicing figure is about 74% of the revenue when compared with the N3.93 trillion total revenue generated by the federal government within the period under review.

This was disclosed by the Minister of Finance, Budget and National Planning, Zainab Ahmed, during the public presentation and breakdown of the highlights of the 2022 appropriation bill held in Abuja on Friday, according to Punch.

Ahmed said that the government generated a total of N3.9 trillion which includes, company income tax of N547.5 billion, Value Added Tax collections of N235.7 billion, customs collections of N338.6 billion and other revenues which amounted to N1.7 trillion.

“Custom collections 338.6bn represents 99 per cent of prorated target. Other revenues amounting to N1.7tn of which the federal government independent revenue of N691.36bn while GEOs revenue was N873.5bn.

“On the expenditure side, N8.14tn representing 84 per cent of the N9.71tn prorated expenditure from January to August has been spent. This performance includes expenditure estimates of Government Owned Enterprises (GEOs) but doesn’t include project tied loans

“Of the expenditure, N2.89tn was utilized for debt servicing, while N2.57tn was utilised for personnel cost including pension and gratuities. As at the end of August, N1.75tn has been expended for capital projects, of this amount, N1.723tn represents 81 per cent of the aggregate provision for Ministries Department Agencies’ capital prorated, while N36.01bn is expenditure from GEOs.

She pointed out that the government borrowed the sum of N3.65 trillion between January and August to finance its N4.3 trillion fiscal deficit.

She noted that the outstanding deficit was made up with proceeds from the sales of government assets through the privatisation process and a drawdown of bilateral and multilateral tied loans.

She said, “As at August we had a fiscal deficit of N4.29tn, this is against the prorated target of N4.61tn and we financed this deficit by utilization of N136.77bn from proceeds of the sales of government assets through the privatisation process, also by drawdown of bilateral and multilateral tied loans in the sum of N473.12bn and new borrowings of N3.65tn from both domestic and foreign sources.’’

The Federal Government had assured Nigerians that its rising debt portfolio is still within sustainable limits despite serious concerns raised by experts and multilateral organizations.

The Finance Minister, Zainab Ahmed, had said that though revenue currently remains the nation’s fiscal challenge, government remained committed to the effective implementation of the Strategic Revenue Growth Initiatives (SRGI).