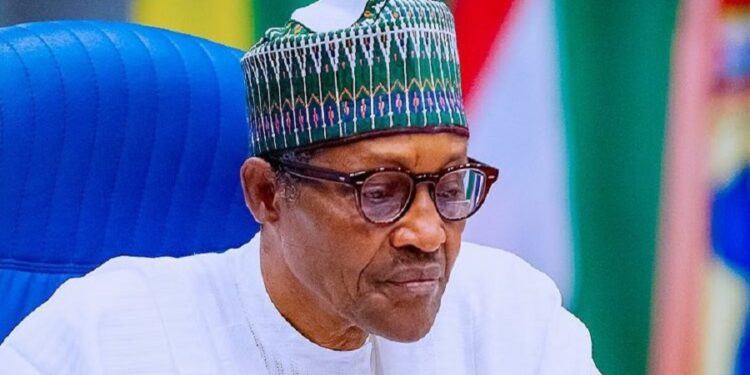 President Muhammadu Buhari today presented the 2022 budget to the National Assembly, stating that it was a budget designed to build on the achievements of previous budgets and to “deliver on our goals and aspirations as will be reflected in our soon-to-be launched National Development Plan of 2021 to 2025.”

President Buhari disclosed this in his speech to the House of Assembly while presenting his budget, adding that it will be a Budget of Economic Growth and Sustainability.

Buhari added that the 2021 budget performance has seen actual revenues go 34% below target as of July 2021, due to the underperformance of oil and gas revenue sources, citing that the Federal Government’s retained revenues (excluding Government Owned Enterprises) amounted to 2.61 trillion Naira against the proportionate target of 3.95 trillion Naira for the period.

What the President said

“The 2022 Budget will be the last full-year budget to be implemented by this administration. We designed it to build on the achievements of previous budgets and to deliver on our goals and aspirations as will be reflected in our soon-to-be launched National Development Plan of 2021 to 2025,” the President said.

On the 2021 budget performance, Buhari added that based on the 2021 Fiscal Framework, total revenue of 8.12 trillion naira was projected to fund aggregate federal expenditure of 14.57 trillion naira (inclusive of the supplementary budget). The projected fiscal deficit of 6.45 trillion Naira, or 4.52 percent of GDP, is expected to be financed mainly by domestic and external borrowings.

“Accordingly, actual revenues were 34 percent below target as of July 2021, mainly due to the underperformance of oil and gas revenue sources. Federal Government’s retained revenues (excluding Government Owned Enterprises) amounted to 2.61 trillion Naira against the proportionate target of 3.95 trillion Naira for the period.

“The Federal Government’s share of Oil revenue totalled 570.23 billion naira as of July 2021, which was 51 percent below target, while non-oil tax revenues totalled 964.13 billion naira. The poor performance of oil revenue relative to the budget was largely due to the shortfall in production as well as significant cost recovery by NNPC to cover the shortfall between its cost of importing petrol and the pump price.

The President disclosed that the priorities of the 2022 budget would be diversifying the economy, with robust MSME growth; investing in critical infrastructure; strengthening security and ensuring good governance; enabling a vibrant, educated and healthy populace; reducing poverty; and minimizing regional, economic and social disparities.

The parameters for the 2022 budget

a.  Conservative oil price benchmark of 57 US Dollars per barrel;

“Based on these fiscal assumptions and parameters, total federally-collectable revenue is estimated at 17.70 trillion naira in 2022,” Buhari said.

Buhari said a total expenditure of 16.39 trillion naira is proposed for the Federal Government in 2022., which comprises:

f.  Capital Expenditure of 5.35 trillion naira, including the capital component of Statutory Transfers;

Suez Canal blockage may cause price increase in Nigeria